The Tour de Force is an event that offers participants the opportunity to ride multiple stages of the Tour de France seven days before the actual race, and entries for this year’s event are now open. The event, first started in 2010, is run for charity and last year raised over £500,00 for William Wates Memorial Trust to help disadvantaged young people fulfil their potential.

The Lifer package - that’s the entire Tour de France route - costs £3,000 to enter and starts on Saturday 27th June and concludes on Monday 20th July. The route totals a staggering 3,282km with most stages in excess of 150km, so it’s definitely a serious test of endurance and stamina.

Routemaster Phil Deeker says of next year’s edition: “There are no dull stages; from the short, sharp climbs of Belgium,the bumpy cobbles and the surprises of Brittany to the abundance of mountain climbing. There is nothing to wait for, to build up to: the challenge starts in Utrecht and finishes in Paris. I am sure it will prove to be a fascinating race for the pro’s and for us an absorbing journey of discovery, thrills (no spills, please!) and life-confirming achievement.” 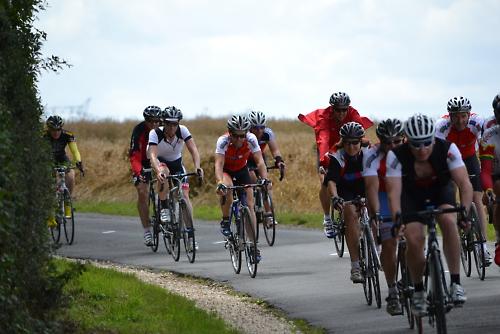 If that sounds too arduous, fret not for the organisers are also offering various Tour Taster packages for those cyclists wanting to just ride a few days of the route. There are nine packages to choose from, including riding the first four stages, three days in the Pyrenees or the Tour Taster Eight, which includes four stages in the Alps with some serious climbing including Telegraphe, Galibier and the Alpe d’Huez.

The best thing is to have a look on the Tour de Force website to view all the packages available if you’re interested www.tourdeforce.org.uk/tour-tasters-2015/

Phil Deeker is a man who knows the roads of France and Belgium better than most has given us his thoughts on the 2015 Tour de France route:

As soon as I saw the the Tour started in Holland, and had to go through Belgium to get to France, I wondered whether this would be the year the Tour would finally end a stage on the Mur d’Huy! Strike 1!

One of my favourite climbs in the Pyrenees is the Pierre St Martin, known to few, but begging for a Tour summit finish! Strike 2! The Col du Glandon is probably my favourite Alpine place: to feature it from both sides is gold-dust! Strike 3!

I ‘discovered’ the Lacets du Montvernier four years ago and laughed at the ‘humour’ of this road (18 hairpins in 3kms). Strike 4! And so on…

I could say more about the inclusion of cobbles for the second year running (surely thanks to the interested it created in the 2014 race); of the repeat of the short Modane to Alpe d’Huez stage of 2011 due to the superb day of racing it created then; of the Normandy to Brittany scenic feast; of the inclusion (to celebrate its’ 20th anniversary) ‘Laurent Jalabert’ Mende climb (he won here 20 years ago); etc.

But I think I can summarise why I think it is such a special route like this;

- To separate the northern stages from the southern ones so purposefully is a bold move that will have the effect of almost creating two races in one, instead of the early stages just being an intro for what is to follow

- To make the Pyrenees as tough as the Alps is another unusual one, since in recent years the importance of the second mountain range has been emphatic. Another example of the need to keep the race exciting for as long as possible and why it will be such a great ride for us

- To make so many of the mountain stages summit finishes is again great entertainment and far more interesting for us amateurs. The mountain stages are almost all shorter than usual, which is a both a winner for the race itself (more aggressive riding) and for us (more ‘do-able’ !)