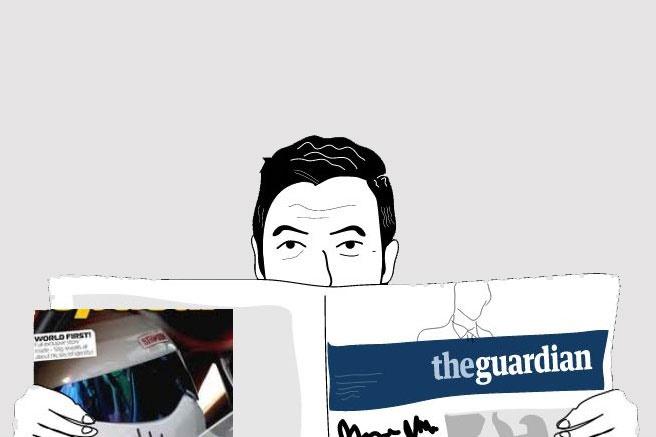 The “quintessential” cyclist is male, aged 40-59, works in engineering and belongs to social grades ABC1. He reads The Guardian, but in a departure from stereotypes, Top Gear Magazine too, and watches the Jeremy Clarkson-fronted programme almost as avidly as he does cycling highlights on TV.

That’s according to market research firm YouGov, which has launched a free Profiles app that enables users to search for pretty much any area of interest and see the demographic characteristics of people on its 190,000 strong database who have self-identified with it.

YouGov says that the Profiles generated through the app – in this case based on 20,006 “people who do cycling” – are not meant to reflect the average fan or customer of an activity or product, pointing out that “If it did, most groups would look very similar.”

Instead, it shows the “quintessential, rather than the average, member of that group,” by assessing their characteristics against a comparison group, and highlighting what differentiates them from the other members of it.

The problem is, it doesn’t reveal what the composition of that comparison group is – so you can’t tell whether “people who do cycling” are being contrasted against those doing other outdoor activities such as rock climbing or rambling, or against those using other means of getting around such as public transport or cars.

We’ve asked YouGov for clarification, but one example it does highlight which helps explain more is that some football teams are represented by a female character – in the case of Manchester United, aged 25-39 and from the C2DE social grades.

That doesn’t mean that the average fan of the club fits that profile – other research shows that following Premier League football is largely a male preserve – but simply that compared to other football clubs, it has more female fans than would be expected.

While the public app is open to anyone, there is a professional version reserved to subscribers, who YouGov says will be able “to profile your target audience across all channels, plan creative and design a media strategy for specific campaigns with greater granularity and accuracy than ever before.”

So, back to our quintessential cyclist. In terms of lifestyle, he shows an elevated penchant for mince pies, winter sports such as skiing (road cycling comes well down the list) and in general interests, cars and motoring. Oh, and his pet of choice is more likely to be a fish.

The Tour of Britain, Halfords, RideLondon and Garmin feature among the brands with which he has a particularly strong affinity against the comparison group, while in terms of TV programmes, Dangermouse – really – comes out ahead of Guy Martin on Speed and Top Gear.

Politically, he’s likely to be aligned to the left, although a caveat also applies here – YouGov says “simplifying a group of people onto a left-right axis is notoriously hard,” so “the left/right dial shows where this group *ranks* among their comparison set in terms of the percentage of Conservative voters among the total. So it’s really a measure of Conservatism.”

We’ve been playing around with some other search terms – Team Sky, CTC, the Tour de France, the Tour of Britain and British Cycling among them. If you come up with others that you think deserve sharing, let us know in the comments below.