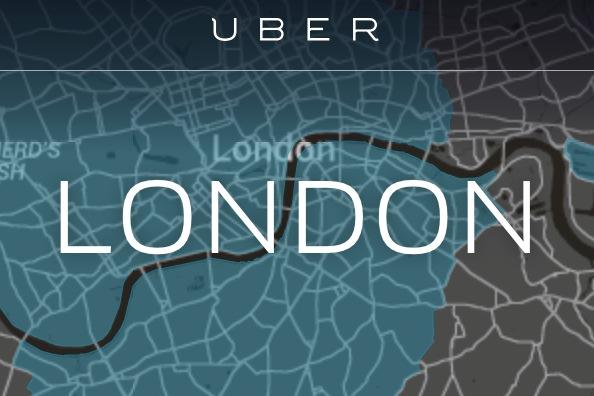 Cyclist says Uber system flawed after cab hits her from behind

Cab app firm says it isn't liable because driver a 'partner,' not an employee. ...
by Simon_MacMichael

A female cyclist who was struck from behind by a driver signed up to the cab network Uber, throwing her onto the bonnet and leaving the back wheel of her bike mangled, says the incident highlights flaws in the system. It’s the second reported incident in recent weeks in which a rider has been knocked off their bike by an Uber cab.

According to the London Evening Standard, 30-year-old digital consultant Ines Nadal was hit from behind on Monday evening as she waited at traffic lights at the junction of Gray’s Inn Road and Theobald’s Road.

She was thrown onto the vehicle’s bonnet, leaving her bruised, while the rear wheel of her bicycle ended up under the car. Once she freed her bike, she tried to obtain the driver’s insurance details, but he drove away.

Passers-by took a note of the car’s registration, and while Uber said it was one of its vehicles, it added that it bore no responsibility for what had happened since the driver is classed as a ‘partner’ and not an employee.

“If it happened to any other cab the driver would be investigated,” said Miss Nadal. “In this case because of the sharing system they said he is not an employee of the company – it is a sharing platform.

“It feels like there is a hole in the system, it is a new start up, there is no rules – it could be very dangerous.”

She said that Uber should provide its drivers with safety training and that the incident had discouraged her from riding a bike.

“I have been cycling to work for a year,” she explained. “I always take the same route, it is not something that has happened before.

“I am not sure if I feel confident to get on another bike. It was my main way of getting into work.”

Uber said it had suspended the driver while it looked into what had happend.

A spokesman for the company, which matches people looking for a minicab with drivers using their own cars via a smartphone app, said: “We take any incident of this nature incredibly seriously. We have been in touch with the cyclist and offered our support.

“An investigation into this matter is already underway, and we have suspended the driver’s account in the meantime.”

The Standard added that the Metropolitan Police have launched an investigation.

In October, the newspaper reported that a male cyclist had been knocked off his bike by an Uber minicab driver on Camberwell’s Walworth Road. As in the incident involving Miss Nadal, he suffered minor injuries but his bicycle was crushed.

Heena Randhawa, who was travelling in the vehicle which she had booked with her husband, told the Standard that the driver had beeped his horn at the cyclist, who was riding in the middle of the lane.

She said: “The cyclist did come up to the car and said ‘What are you doing?’ He drove away to the side of the road. We felt it [the car] go over the bike."

The incident was reported to police, who began an investigation, while the vehicle’s passengers told Uber what had happened.

A spokesman told the Standard: "Trust and safety are of paramount importance to Uber, and we pride ourselves on offering the safest, most convenient and reliable way of getting about town.

"As such we are shocked to learn that one of our partner drivers was involved in this incident.

"We are in touch with the authorities and have asked them to pass our details to the cyclist so we can offer our full support. The driver has been deactivated from the Uber platform whilst we investigate,” he added.

Launched in the United States in 2010, Uber began operating in London in July 2012. In July this year, it was in the headlines after black cab drivers brought central London to a standstill as they staged a protest against its pricing model. Similar protests have been held in other European cities where Uber operates.

Based on time and distance as measured by the driver’s smartphone, licensed London taxi drivers, who are subject to strict regulation, claimed that it infringed their status as the only drivers able to charge metered fares within the city.