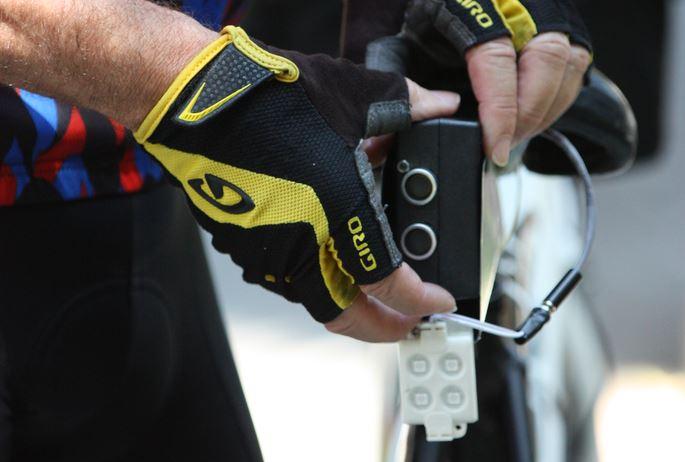 A California-based company that developed a product that warns both motorists and cyclists of each other’s presence through audio and visual alerts, hopes to win a national competition in the United States for road safety technology and bring its product to market.

The device won first prize at a hackathon event at the Startup Weekend hosted by Hacker Lab in Sacramento in July this year, reports the Sacramento Business Journal.

Now the company behind it, Beacon Safety Technology, is aiming to scoop a prize of up to $10,000 through the ChallengePost Connected Intersections online competition for products, apps and other technology that makes roads safer for cyclists and pedestrians.

The device, which is deployed beneath the saddle of a bike, uses beeps to warn cyclists of a vehicle approaching from behind, the warning sounds getting increasingly rapid the closer it gets. It also uses LEDs to tell motorists that they are getting too close to the rider in front of them.

Voting in the competition is open until Tuesday 30 September, and you can see all the submissions – several of which relate to cyclists – here.

We’ve covered a number of similar devices here on road.cc, including Backtracker, which received more than $125,000 of backing on crowdfunding website Dragon Innovation but fell short of its $194,500 target.

In research carried out for the Department for Transport, the UK’s Transport Research Laboratory has found that while being struck from behind is not the most common type of collision involving a vehicle and a cyclist, it is the one that is most likely to result in the rider being killed.

Earlier this year five cities around the world including Belfast and Glasgow hosted Cyclehack, in which teams had a weekend to come up with ideas to improve urban areas for cyclists.