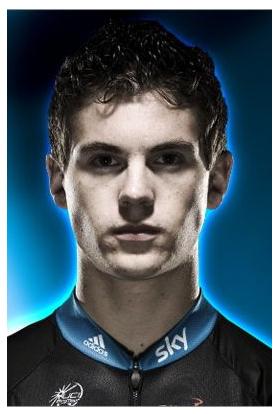 British rider Ben Swift has signed a new two-year contract with Team Sky, keeping him with the team until the end of 2016.

The 26-year-old Yorkshireman has been a valued member of Team Sky since it began in 2010, achieving 11 victories and racing in five Grand Tours over that period.

Swift secured the team’s first-ever stage race win at the 2010 Tour de Picardie. His WorldTour successes at the Tours of Romandie, Poland, Basque Country and Down Under have marked him out as one of the best sprinters in the sport. His third-placed finish at the 2014 Milan-San Remo also showcased his ability as a one-day rider and he will now look to continue that upward trajectory over the next two years.

Speaking about signing his new two-year deal, Swift said: “I’ve been with Team Sky since the start and five years on it really does feel like home to me. To keep that relationship going was really important so I’m delighted to be staying for another two years. I already have one eye on next season and with this team I know I can deliver some good results.

“I really do feel part of the foundations of this team having grown up with so many of the riders and staff. I’ve known many of them since the start of my career and have been guided by the likes of Sir Dave Brailsford and Rod Ellingworth for years, which has made me the rider I am today.

“With the team’s support I’ve been able to grow and develop as a rider and by staying here I know that will continue.”

Talking about the team launch back in January 2010, Swift said: “I remember it clearly; it was a really exciting day and there was a feeling that it was the start of something big. It was the first high-profile British team, with a great backing from Sky, and it felt like we were going to go far.

“To be stood there on the stage with riders that I grew up with like Geraint Thomas, Ian Stannard and Peter Kennaugh was a great feeling. We had big, bold ambitions from the start – to win the Tour de France in five years and inspire more people to start cycling – so to be a part of that select group of riders was special.

“For the team to go on to achieve those goals and win back-to-back Tour de France titles was an incredible feat. As well as that, I’m always staggered to see just how many people are out on their bikes these days, which is great for the sport I love. The recent growth of cycling in the UK has been unbelievable and we’re all proud to have played a part in that.

“From a personal point of view, winning stage five of the Tour de Romandie in 2011 was a special moment and one I’ll always look back on with fond memories. That day I had a lead-out train of Bradley Wiggins, Chris Froome and Geraint Thomas to help me win that stage, so I had pretty impressive support around me and I was proud to deliver for them.

“Next year I’m really looking forward to getting a solid winter behind me with no injuries, which unfortunately is something I lacked this year. I’m really focussed on getting a good block of training in place which will give me the platform to get good results in 2015.”