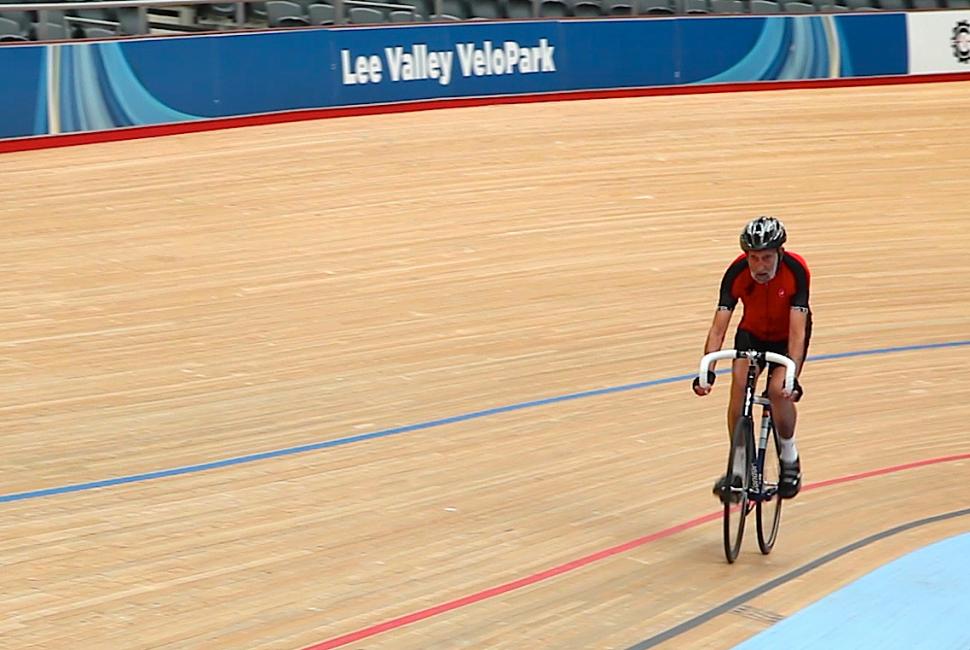 An 84-year-old man who has twice broken his hip has broken the Hour record for his age, smashing past 28km - 114 laps of the track - beating the first ever record set in 1876.

Sidney Schuman from Hither Green has been cycling since the age of 11 and took up track cycling in May after a taster session at Lee Valley VeloPark. He began on a bike given to him by his cousin, who decided cycling was not for him.

Since then he has been training for a world record attempt for the 80-84 age group, which he achieved last night at the VeloPark, although the official distance has not yet been confirmed.

The record is officiated by international cycling governing body UCI and has never been attempted for this age category. Robert Marchand set the record for the over 100 age group, which Sidney has beaten (perhaps not surprising, as Marchand is old enough to be his dad!).
Marchand broke his own record in January when he rode 26.925km at the age of 102.

There was a small but noisy crowd cheering him on. He was so knackered he hit one of the sleepers at the bottom of the track during his warm-down, but was apparently unhurt

Before the attempt Sidney told the News Shopper: “I can’t contemplate a life without a bicycle, it’s the greatest invention known to man.

“There are a lot of guys my age, who are a lot fitter than me, and I think it’s a great way of letting people know, that just because you’re older doesn’t mean you can’t do things, that make you feel good.”