Speedplay have finally launched the Zero Pavé pedals, an even more minimalist version of their already minimalist Zero pedal design. We say "finally" because pros have been using this pedals since as far back as 2006, when Fabian Cancellara won Paris-Roubaix.

That success continued. The pedals only saw the light of day in the Classics, and were used by Stuart O’Grady when he also won Paris-Roubaix in 2007, and when Cancellara repeated his win the following year. 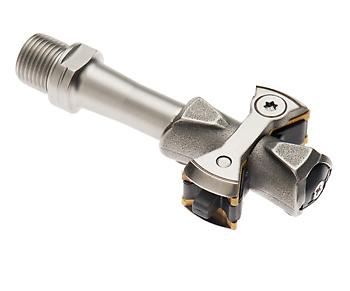 The pedals, with their stripped back design, were designed especially for races like Paris-Roubaix were typically bad conditions make it desirable to have pedals less likely to clog and jam with mud and grit. By removing all the non-essential parts of the body, Speedplay claim the pedals are easier to engage and release in wet and dirty conditions.

Despite the lack of body, the Zero Pavé pedals are said to offer the same key contact points as the regular pedals, but there is less surface area for mud, dirt and grit to collect, so they should allow quick and easy entry and release in such conditions. 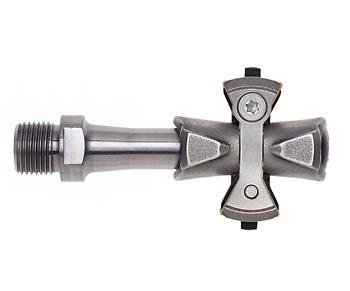 “Originally developed for Speedplay’s professional cycling teams, Zero Pavé pedals have been thoroughly tested and proven over the years with numerous victories in the world’s toughest races including Paris-Roubaix, Tour of Flanders, Gent Wevelgem and Strade Bianche,” says Speedplay.

"I knew that harsh conditions could play a decisive role in determining the outcome of races on pavé," said Speedplay's CEO, Richard Bryne. "My goal with the design was to provide our riders with the best equipment for such unpredictable conditions."

The regular Zero pedals are manufactured using a composite body with metal inserts bolted into both sides. The new pedal is CNC-machined to achieve the distinctive shape, and hand-built at the company’s San Diego headquarters. They will be offered in a titanium and stainless steel version. 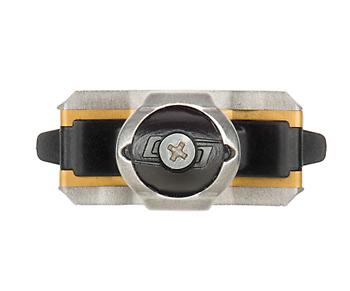 With the explosion of gravel riding in particular and endurance bikes capable of venturing away from the smooth tarmac, we’d expect to see these pedals being quite popular. We’ll try and get a set in for review.