The Bespoked Handbuilt show at London’s Lee Valley velodrome earlier this year introduced a brand new British cycle manufacturer in the shape of Nerve Bicycles, a company focusing on handbuilt custom carbon and steel frames. It's headed up by Mark Reilly, formerly of Enigma, the titanium specialists that he helped launch seven years ago.

With Nerve, Mark and his business partner and longtime friend Neil FitzGerald - who works in Formula 1 and brings carbon fibre manufacturing expertise to the partnership - will focus on “custom made, tailor made British frames in either carbon fibre or steel". Those are Mark's own words. 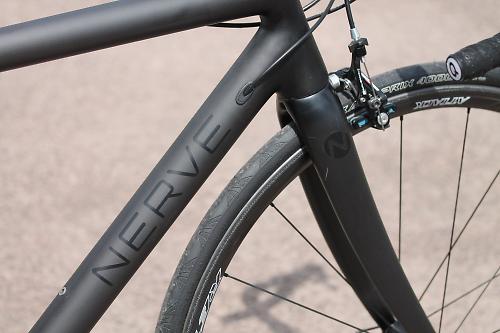 This is the flagship Nerve 600 SL carbon fibre bike that turned so many heads at Bespoked. In order to get ready for the show in time, this one has been made to specification by an Italian manufacturer and has a claimed frame weight of 679g. That’s pretty light by any standards. Future carbon frames, once plans come to fruition, will be manufactured in the UK, and when that does happen it will ensure Nerve joins a tiny number of companies building from carbon in this country.

With the Campagnolo Super Record 11-speed groupset, Reynolds Assault carbon clincher wheels wtih Continental Grand Prix 4000S 25mm tyres and 3T carbon bars, seatpost and aluminium stem, it is one of the lightest bikes to ever have passed through the road.cc office, nudging the Scales of Truth to 6kg (13.22lb). 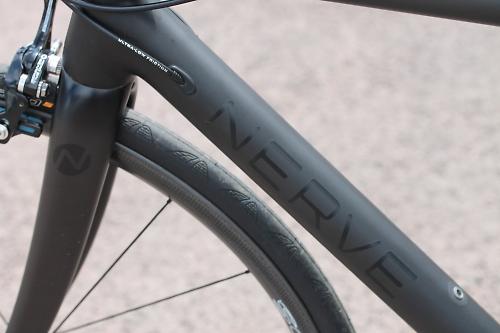 Such lightness doesn’t come cheap however, not that you were under any illusion otherwise. This frameset costs £2,999 while a complete bike like this featherweight example setting you back £6,799. As it’s custom, you could have it sized to fit you perfectly with fully custom geometry. While this frame has a race-focused geometry, they'll offer a sportive version and even plan to do a disc brake model as well.

We recently caught up with Mark to find out more about the new brand, and what is driving him.

“It’s been in me for ages to do my own thing,” Mark tells us. “It was really doing the book that was the catalyst for it. I just went in one day, I was really stressed, I just said to them that I didn’t want to do it [Engima] anymore, so I handed all my stuff back to them, took my frame building equipment and left. “The book gave me an insight into going round all those other framebuilders, and seeing how unstressed they all seemed to be. I recalled all those years ago when Neil, Topper and I just made frames and in hindsight it was great.

"Enigma is a company that I helped start. It's steaming on and it is successful and I miss it, of course I do. I worked there from day one and lasted seven years and for the most part I enjoyed my time there and wish them continued success.”

Of course, Mark is so well known for titanium that most people might have expected any new bike brand he’s involved with to be made from the material. Not so. “I will do it. I’d be silly not to do it because I’m known for it. I virtually brought it to the UK all those years ago, and made it popular with [the now defunct] Omega brand. I know it would be very easy to buy titanium frames in and sell them, but I don’t know if I want to do that, I’ve done it before. I think I want to be honest with people and say I make everything in my own workshop. I’m ready to do that."

For now though the immediate focus for the new company will be setting up the necessary facility and equipment to manufacture custom carbon frames here in the UK. You can count the number of manufacturers making carbon frames in the UK on one hand. 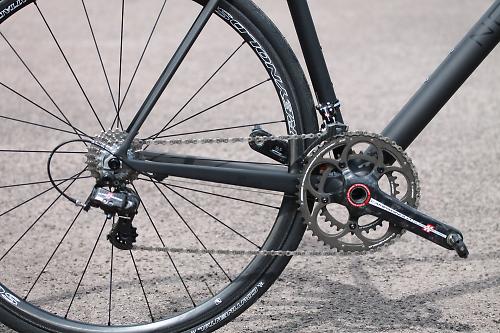 “That 600SL first frame is made in Italy," Mark explains, "but the rest will be made in the UK by Neil. That’s the plan, but we’ve got to get people talking about the brand and get it out there.

"One of my oldest friends, Neil FitzGerald, works in Formula 1 as a pattern maker. He used to work at Enigma too, I met him about 26-years ago, I gave him a job. He’s based in Brackley. He’ll continue working there, we’ve both got our own jigs, so he’ll make the carbon frames, and eventually he’ll relocate and come and work in this main facility.

“The way most people do custom carbon is using lugs, like Colnago, which is brilliant and I love those, but we can’t do that as the lugs are expensive and not so flexible for use in custom frames.

"We build our frames tube-to-tube. You mitre tubes like you would do normally with a metal frame, set them up in the jig, glue the tubes in place, wrap the joints with your chosen pre-preg carbon. The choice for the main tubes is secret to Formula One. The outer lamination, which you can see, is usually unidirectional or 1K.

"We then shrink wrap and cure the frame in an autoclave oven. Once cured you smooth it by hand and it's lacquered. It is relatively straightforward, it’s not like a monocoque that is done in a mould. And that affords you the luxury of doing custom, tuning the frame to different rider weights, different tubes, different bottom brackets, different head tubes, so it’s a pretty special thing.” 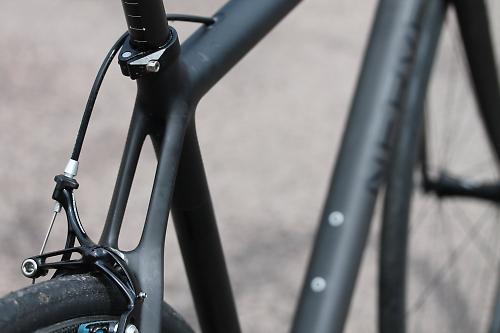 The plan for Nerve didn’t come straight away though.

“I didn’t know what I wanted to do," says Mark. "I worked in a bike shop for eight weeks, but that really wasn’t for me. It was too slow paced. I had a hankering to design bikes again, and one day I had a text from a friend asking if I wanted to make frames with him, and I just replied ‘Yes’. I don’t think he was expecting that answer.” 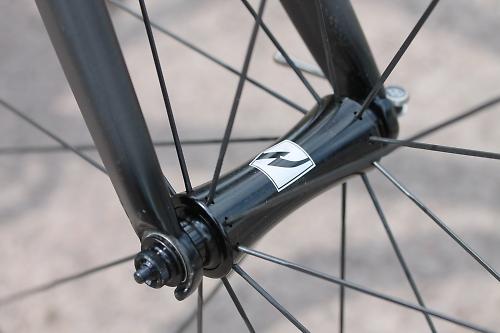 Once the seed was sown, the project gathered pace quickly.

“I started three months after leaving Enigma," Mark tells us. "I decided I wanted to do it and Nerve was born three weeks before the Bespoked show. I was sitting in the pub with my business partner trying to think of a name, and we talked about Nervex lugs, and that’s where it came frame. 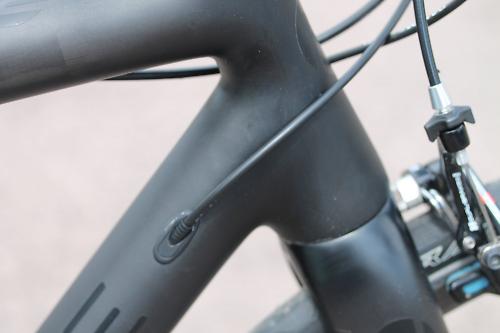 “I put a huge amount of pressure on myself buying groupsets, frames and components. Some of the frames I even made in my kitchen, which is far from ideal. It really was so stressful, but I had to make them for the show, did the show, and bumped into loads of people I hadn’t seen for years.”

The aim is to offer only custom carbon and steel frames.

"I don’t want 10 or 20 of each size in stock just waiting for a customer to come along" says Mark. "You can have whatever you want. Every frame is tailor made. Why wouldn’t you want a tailor made frame?

"I'll personally build only 50-100 Reilly frames per year. Customers have asked me for frames with my own name on them so we created the Reilly signature brand, in steel or stainless steel. There are so many off-the-peg frames at the moment, and they’re bloody good. So I’ve got to have a USP: the fact they’re handmade and custom made. 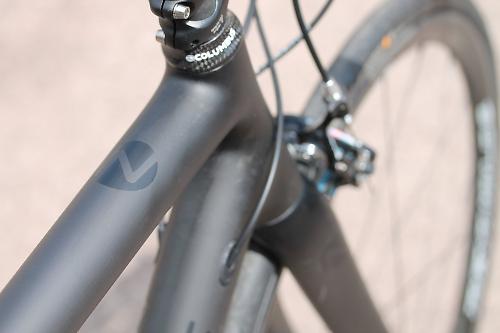 Custom carbon frames made in the UK: who isn’t excited about that prospect? I’ve spent several weeks riding this first sample from Nerve and have been hugely impressed I’ll report back in a future article with a full review of the bike, but based on first impressions this is a brand to keep a close eye on if you’re in the market for a premium custom carbon frame built to your exact requirements. And don’t worry if you don’t like the all-black finish, that is just a result of wanting to turn heads on their stand at the Bespoked show. You can choose any finish and colour that you want.

In the meantime check out www.nervebikes.com for more info.