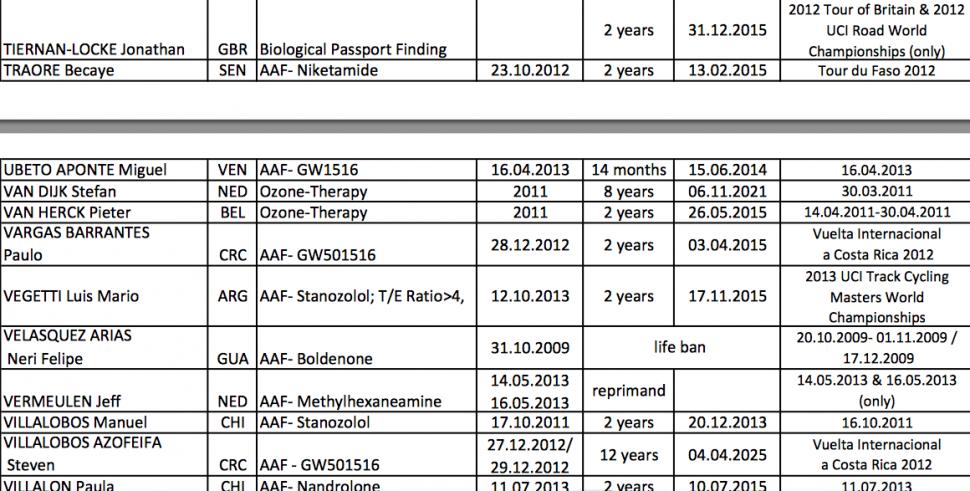 Sacked by Sky: “This is a team that trains, races and wins clean” - Sir Dave Brailsford
by Tony Farrelly

Jonathan Tiernan-Locke who signed for Team Sky after winning the 2012 Tour of Britian, has been banned from the sport until the 31st of December 2015 by the UCI for irregularities in his biological passport.

The UCI made no announcement of the sanctions taken against Tiernan-Locke as the organisation continue to follow the protocal they announced earlier this week of merely adding names to the list of banned riders on the UCI website, although they later followed that up with a statement.

Tiernan-Locke's name was added to that list earlier today at some point - we presume - and Team Sky released a statement not long after confirming Tiernan-Locke's immediate sacking.

Sir Dave Brailsford, Team Principal of Team Sky, said: “Jonathan’s contract has been terminated today.
“Whilst there have been no doubts about his time with us, his doping violation - from readings taken before he joined this team - means there’s no place for him in Team Sky.

“We’ve a well-known stance on anti-doping and our action is the inevitable outcome of a violation.

“This is a team that trains, races and wins clean.” 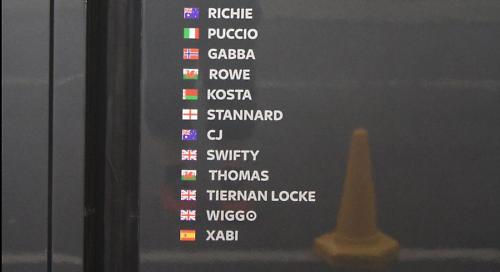 In their statement, Sky clarify that Tiernan-Locke’s anomoulous biological passport readings were taken in September 2012, both before he signed a two-year contract with the British team and three months before his first race in their colours.

The statement then goes on to distance the team from any wrong doing, saying that both "quantitative and qualitative" factors were properly considered, as the rider had no biological passport at that time for them to refer to.

Finally, the team affirm that they took appropriate action as soon as they were made aware of the situation. The statement can be read in full below.

"The anomalous readings in Tiernan-Locke’s Biological Passport were taken in September 2012, shortly before he signed his two-year contract with Team Sky and three months before his first race with the team.

"Prior to his signing, a number of factors – quantitative and qualitative – were properly considered. However, he had no Biological Passport to review until the spring of 2013, once the anti-doping authorities had collected the required number of readings.

"Team Sky was first aware of an issue in September 2013. Senior management immediately looked into the case and also reviewed recruitment processes. These will continue to be assessed, on an ongoing basis, with the support of the team’s Compliance Officer, appointed in the autumn.

"Jonathan Tiernan-Locke has not raced for the team since September 2013 and has not taken part in any team activities - including races, training camps and public appearances - since he was formally notified of a UCI anti-doping violation on 16 December 2013."

"The Union Cycliste Internationale (UCI) confirms receipt of the United Kingdom National Anti-Doping Panel’s decision on the Jonathan Tiernan-Locke case. A 2-year ban was imposed on the rider as a result of his anti-doping rule violation based on his Athlete Biological Passport. He is declared ineligible until December 31, 2015 and disqualified from the 2012 Tour of Britain and the 2012 UCI Road World Championships, competitions during which abnormalities were clearly identified. The UCI recognises the work of UKAD in providing the rider with a fair and independent hearing. At this stage, with the relevant appeal windows open, the UCI will not make any further comment on the case."