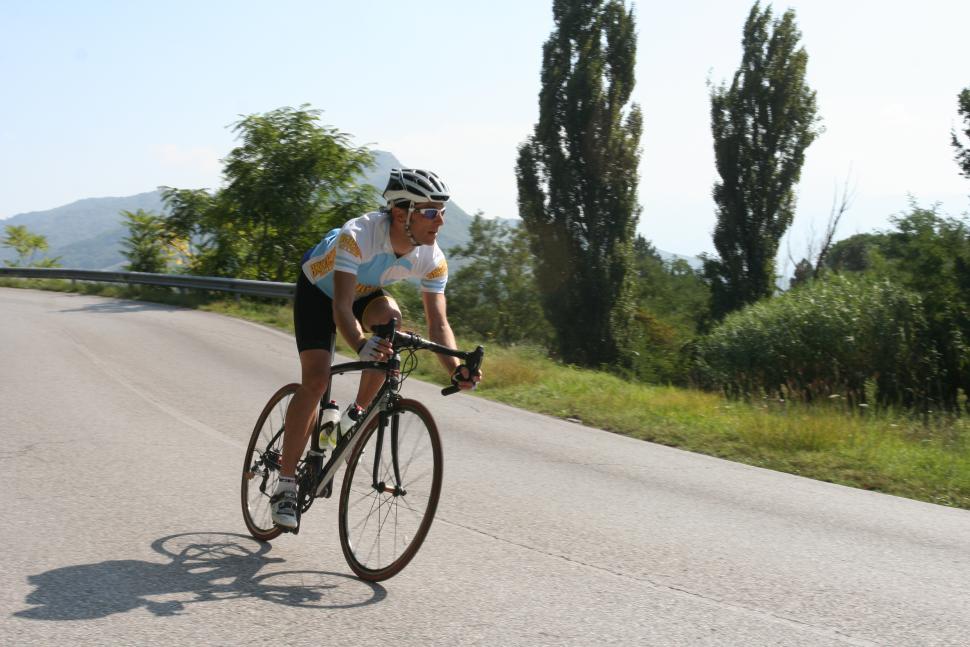 Sneaking in under the wire 2009's most memorable moments as remembered by me...
by Tony Farrelly

2009 the year of Lance Armstrong's comeback, Wiggo's emergence as a Tour rider, mucho love for cyclists in the Daily Mail (or something like that) Mayor Boris everywhere… Team Sky, golly it was one memorable moment after another, but here's my most memorable bits of the past year…

Inspirational cyclist…
For me it wasn't Lance Armstrong, Wiggo, Cav or Contador, or even James Bowthorpe's amazing round the world ride, (although he does figure in my round-up), step forward Gary Brennan who lost 17st in a year by getting on his bike. We reported on Gary's progress back in June – he had the guts (unintended pun) to get on a bike when he was 39 stone and change his life even though he thought he looked ridiculous and was worried that the frame wouldn't take the weight. That's inspirational. Check out his blog he's still shrinking. Oh, and he's a road.cc member. Waste of a dead tree…
Pretty much anything cycling related in the Daily Mail for which cyclists were very much this year's hate figures… still it's nice to be noticed. And in the interests of balance it has to be said that not all of their stories were anti-cycling so maybe times are changing. I won't hold my breath just yet.

Funniest video not by us…
Got to be Tour de France by Remi Gaillard who says the French don't have a sense of humour. Superb!

Best adventure cyclist
That man Bowthorpe, he did his round the world ride the hard way he kept his uppper lip stiff, despite scary moments in Iran and hitting a wombat in Oz, and he kept a smile on his face too. Really enjoyed his blogs and tweets. Plus he rode an interesting bike a belt drive Santos tourer with a Rohloff Speed hub

Most fun in a static caravan somewhere in Germany
Gotta be Eurobike, particularly the moment sheet lightning went right through our tightly packed mobile home and everything went momentarily white. The show was pretty awesome too. 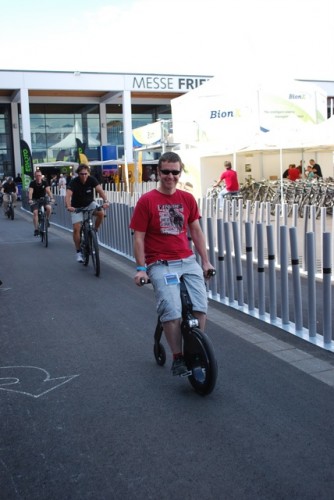 Best meal eaten in the course of duty…
Or even off duty for that matter. The Furlo Gorge me and Jo tucked in to on our Italian road trip, what a meal, what a place, what a day. Sometimes this isn't like work at all.

It must have seemed like a good idea at the time… I thought the +watt man was going to chase me when I took this picture of his stand in Milan. Still something good came out of it, a special road.cc +watt tag was born. Only special people get one…

Most memorable cycle challenge
Like Dave I reckon Si Hood's Bicycle Kicks ride following his team, York City, around the country by bike through the vagaries of the Blue Square Premiership and the FA Cup is different, and a lot harder than it sounds. Look out for his review of the Ridgeback Horizon tourer we helped get him as an emergency replacement when his original bike broke. Find out how he is getting on at www.bicyclekicks.co.uk and you can also follow him on Twitter and he's doing it all for a good cause, the Alzheimer's Disease Society.

Top bloke
Carlos Sastre for making time right at the end of a heavy schedule at the Cervelo TestTeam launch to give me a video interview, and then making time again when my camera ran out of juice just before we were about to start. What a pro… unlike me.

Favourite bike(s)
It's a three way tie between the Cervelo S3 I rode for a bit at the Shimano Di2 UK launch – that was nice, the Boardman Road Pro Carbon which I rode quite a lot and which is amazingly good for the money and the Fixie Inc Betty Leeds which was very beautiful… and I'm a sucker for looks.

The UCI: If it ain't broke… break it The UCi for their 'clarification' on bike design last summer that threatened to stop road bike development in its tracks. The man from the UCI gave Argon 18 a hard time over the seat tube area on the E114 TT bike at Eurobike… luckily things have gone a bit quiet on that score of late, but you never know with the UCI do you?

Lance's Twitter rides
Lance Armstrong's rides around Paisley and Dublin what amazing experiences they must have been.

Boris's near miss
The moment a tipper lorry door nearly did for the Mayor of London, his transport adviser and the Minister of Transport.

Turkey Sweater
Hellascious conditions meant it was neither sweaty or enjoyable at the time… but as ever I'm already looking back on it quite almost fondly and looking forward to the Easter Egg Sweater.

You lot
Your comments and contributions really make the site what it is. Thanks for all of them.