If the history books are anything to go by, the winner of the Critérium du Dauphiné stands a good chance of continuing that success into the Tour de France: Bradley Wiggins won it in 2012 and Chris Froome last year. We don't need to remind you how well they did in the Tour. Could the young US rider  Andrew Talansky of Garmin-Sharp be this year's Tour de France winner? He'll certainly be a serious threat to the other contenders when the race hits the mountains. When we visited Garmin-Sharp's hotel the car park was a hive of activity as the mechanics were busy assembling a whole bunch of bikes. One of  Talansky's bikes was fully built up however allowing us to have a good look at his setup. He rides a Cervélo R5, and shares much of the DNA of the Rca, the company's top-level road bike.  The 'ca' part of the name refers to the Project California the company set up back in 2008 to push aero and lightweight frame design to their limits. While the Rca has a claimed frame weight in the region of 667g, the R5 is about 808g, so still pretty damn light. And though it's really expensive, it's a smidgen more attainable than the insanely expensive Rca. Plus of course it cuts down on the number of weights you've got to add to bring it up to the UCI limit. The R5 was updated for 2014 with the main change being the third generation Squoval (rounded square tubes) tubing being developed. The company claims these changes bring about a 7.4w aerodynamic advantage, a 9.5% stiffness increase in the bottom bracket and 15% more stiffness in the head tube. The fork was also updated with to improve side stiffness, aero performance and comfort. 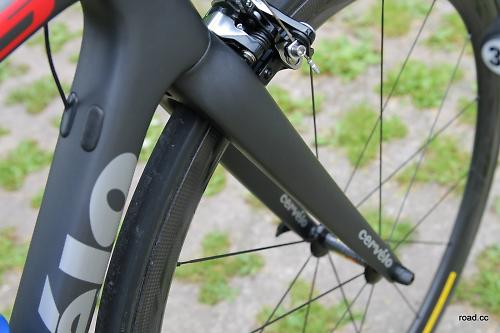 The new R5 also has future-proofed internal cable routing. Inserts in the frame allow mechanical or electronic groupsets to be easily fitted, which is pretty standard stuff these days. More interesting is the fact they're hydraulic compatible. We don't know of any company working on a hydraulic shifting groupset, but could it be with a view to a disc version of the R5 in the near future? With many expecting the UCI to green light disc brakes in 2016, Cervélo could be ensuring the R5 is partly ready for the change. 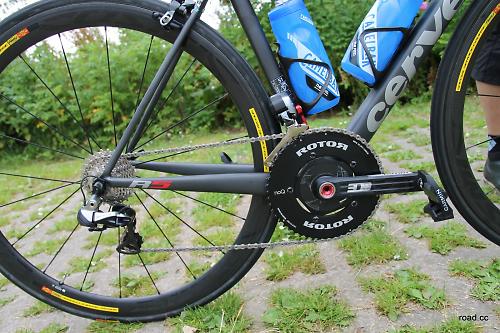 Talansky uses a Shimano Dura-Ace Di2 groupset with a Rotor 3D+ chainset. Spanish company Rotor are best known for their non-round chain rings but, recognising that not all riders get on with them, they also produce a regular round chaining option, and that's what Talansky uses, in a regular 53/39 setup. 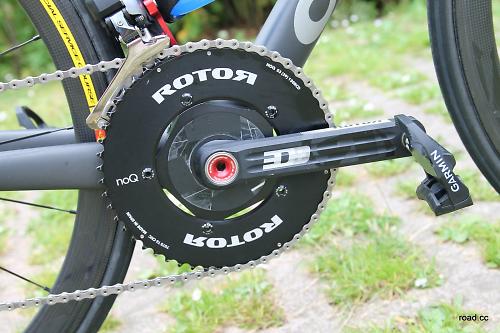 Talansky is 1.75 m (5' 7”) tall and rides a 51cm sized frame. To get his desired fit on the R5, Talansky uses a 13cm 3T ARX Team  stem with no spacers between it and the frame, naturally. His Fizik Aliante saddle is slammed right forward on the 3T layback seatpost. We wonder if he might be better on an inline seatpost. He uses an aluminium handlebar – most racers go for an aluminium handlebar, it's a good way to add back some weight and some prefer the stiffness – in this case a 3T Ergosum Pro. No surprise to find a Garmin Edge 810 fitted to a Garmin out-front bar mount. We didn't expect to see any riders using the new Edge 1000, and we didn't see any. The smaller Edge 510 seemed to be the most popular. There's little need for navigational features when you're racing on closed roads. 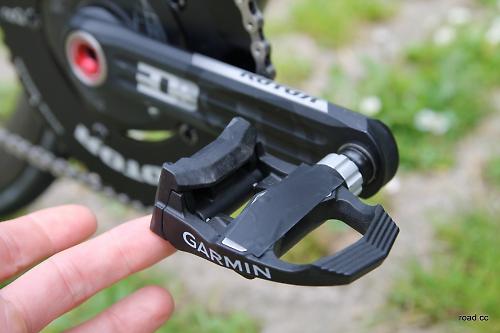 Talansky obviously uses Garmin's Vector Look Kéo-compatible pedals, but this bike wasn't fitted with the pods that transfer the data from the strain gauges and accelerometers inside the pedals. You can read a lot more about these pedals in our review here. Interestingly the pedals have a strip of electrical tape across the metal platform. Unfortunately the team mechanic had wondered off at this point so we couldn't point at it and ask him why. My guess is that it's to keep the cleat locked into the pedal a bit more and prevent side-to-side movement when pedalling. But I could be wrong. 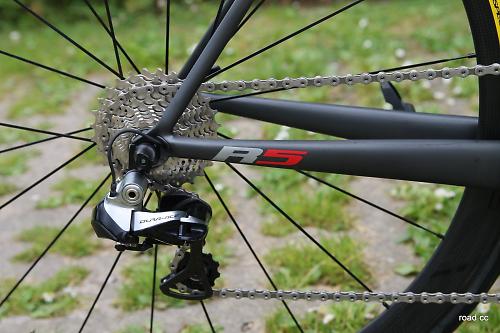 As was a recurring trend on our prowl around the team hotels, Talansky and the rest of the Garmin-Sharp squad are using 11-28 cassettes. That'll save the team mechanics a lot of cassette swapping from flat to mountainous stages, plus it allows the pros to stay in the big ring for longer, which as we all know is really important for appearance. 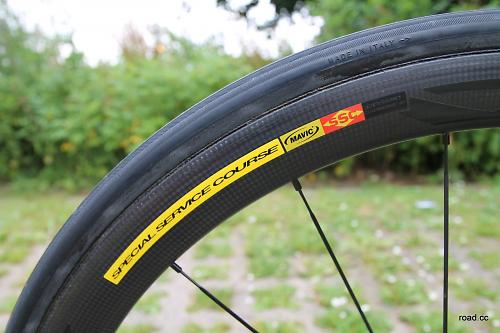 Mavic supply the team with wheels and these are the newish Cosmic Carbone 40 tubular wheels. As the name indicates, they're a 40mm carbon fibre rim with a claimed wheelset weight of 1,435g, so light but not crazy light. Mavic also produce a clincher version of this wheelset using an aluminium core sandwiched in a carbon outer, you can read our review of those wheels here. 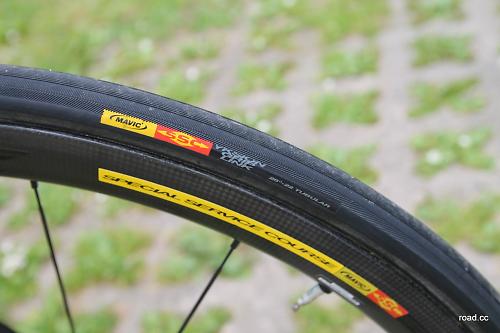 Tyres are Mavic Yksion Grip Link branded, but the tread pattern looks more like a Vittoria tubular than the tyres pictured with the Carbone wheels on the Mavic website. They're also labelled up as being 22mm wide, which makes them narrow compared to the 24 and 25mm tyres that are gaining widespread adoption in the pro peloton. In fact, it was a case of spot the narrow tyres when we visited all the team hotels. 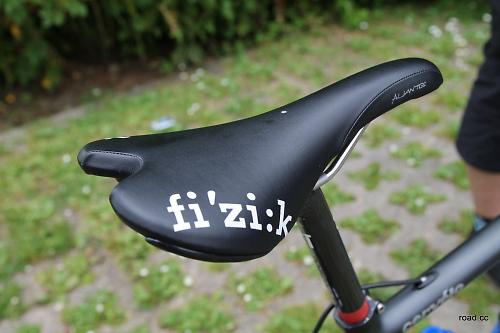 A Fizik Aliante is his preferred saddle choice, and a popular one in the professional peloton.