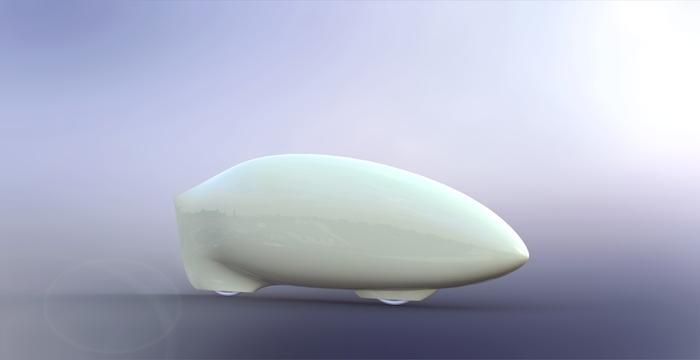 A Canadian company has raised more than C$30,000 through Kickstarter to fund an attempt at beating the human-powered land speed record of 133.8 kilometres an hour.

The fully-faired bicycle they will use in the record attempt is called Eta, which as AeroVelo explains “is the Greek letter used in engineering as the symbol for efficiency, and for us this means examining every aspect of the design to reduce or eliminate the forces resisting our forward motion.”

They add that “we’re set not only to break the world record, but we calculate that our improvements in aerodynamics, drivetrain efficiency, and rolling resistance will make it possible to achieve speeds in excess of 140 kilometres an hour.”

Past projects undertaken by AeroVelo, working with a team of students from the University of Toronto, include the Snowbird Human-Powered Ornithopter, which in 2010 became the world’s first successful human-powered flapping-wing aircraft.

If you're wondering just why and how a faired recumbent like the Eta is so much faster than a standard road bike, here's project engineer Victor Ragusila with the explanation: