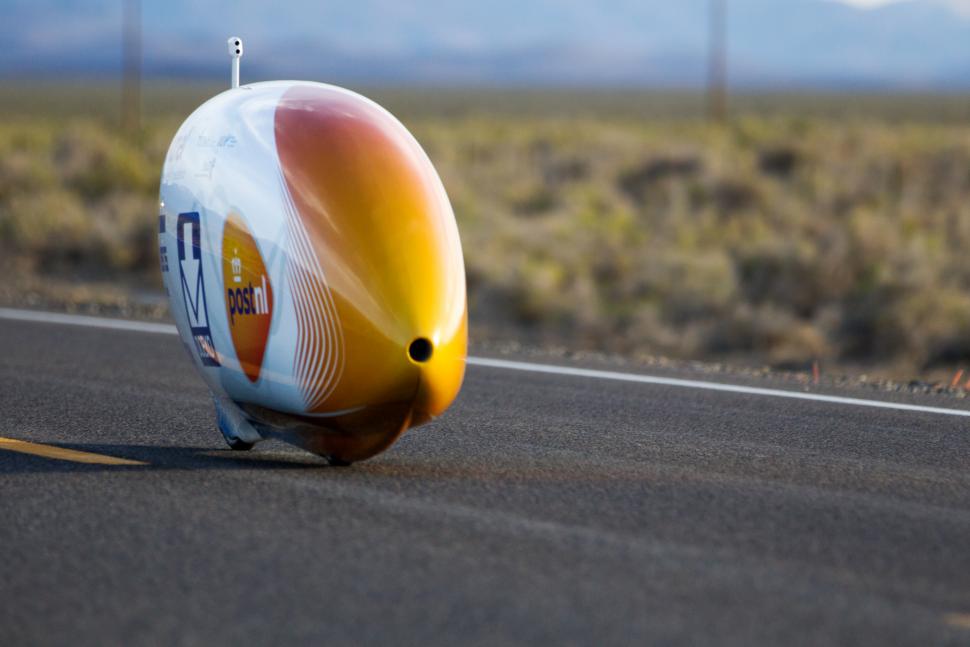 Rider of recumbent designed by students at universities in Delft and Amsterdam beats Sam Wittingham's record ...
by Simon_MacMichael

Dutch cyclist, Sebastiaan Bowier has broken Sam Whittingham’s International Human Powered Vehicle Association record at Battle Mountain in Nevada, clocking 133.78 kph on Sunday to go 0.6km an hour faster than the Canadian when he set his speed of 133.28 kph in 2008.

Whittingham had first set the record in 1999, going on to beat his own top speed on five separate occasions.

The new IHPVA record was set by Sebastiaan Bowier, riding the VeloX3 recumbent jointly developed by students from the Delft University of Technology and the VU University Amsterdam.

The IHPVA’s record page itself doesn't yet show the new record set on Sunday, the event results highlighting it as awaiting ratification. 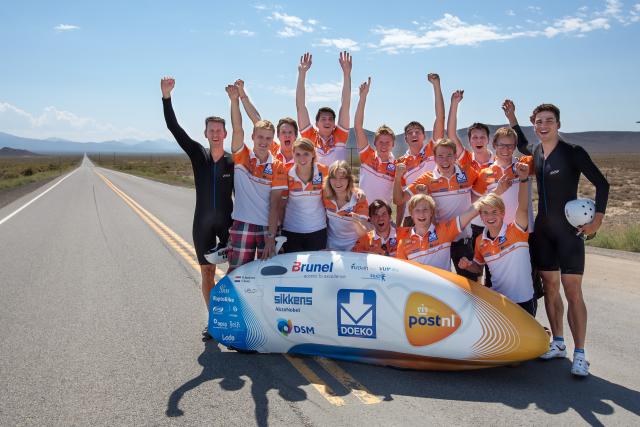 The 23-year-old, one of two cyclists working with the project, set his new record on the very last record attempt run of the six-day event, which also saw Britain’s Graeme Obree set a new IHPVA record for riding in the prone position.

It’s the third year running that the two Dutch universities have attempted to set a new record, and team manager Wouter Lion said: “We knew that the technical and the human aspect of the race were right today. We knew it was possible and it is amazing that is actually happens. And he did it with difficult head wind.” 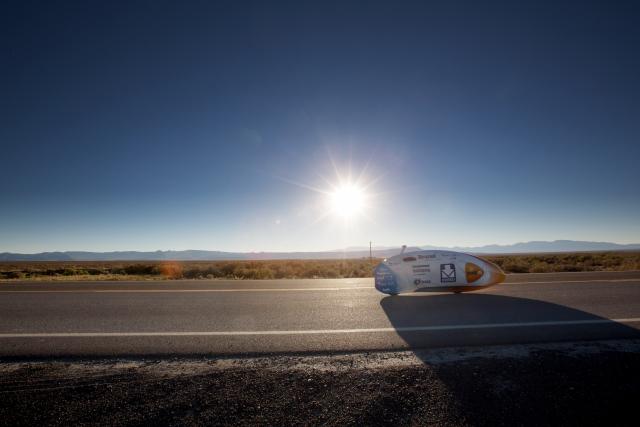 The team’s other rider, Wil Baselmans, himself set a speed of 127.43 kph, making him the third fastest man in the history of the event. Like Bowier, his speed was set over a 200 metre timed stretch following an 8km run-up.

Lion added: “It was incredibly exciting. We had 6 days to break the record, but in the beginning we found some technical problems. We spend a couple of nights to solve everything. When you break the record, after three evenings of bad weather, at the last possible chance, it feels incredible.

“From the data of the record attempts earlier this week, we noticed a big problem that prevented the VeloX3 bicycle to reach high speeds.

“The computer simulations showed that the bike should have gone a lot faster than it did and after a thorough analysis of the data, the problem turned out to be an aerodynamic problem.

“When pedalling at high power inside the VeloX3, the outer shell turned out to deform slightly because of the force.” 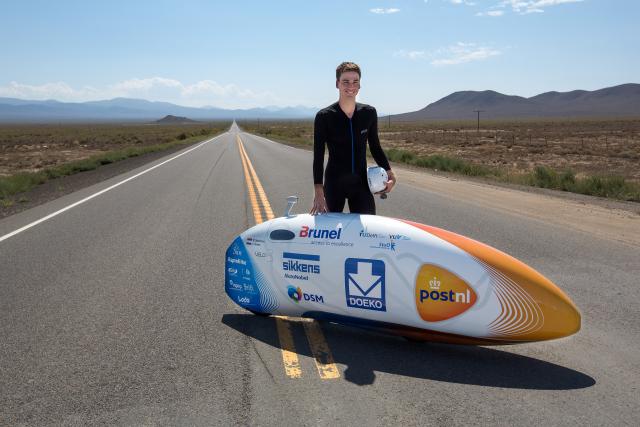 Students working on the team were able to resolve that issue the day before the successful record attempt.

“Compared to an ordinary bicycle, our design only has one tenth of the air resistance,” Lion went on.

“We also make use of a special coating from Akzo Nobel which they use in Formula 1, which gave the VeloX3 extremely low resistance.

”It is not only thanks to the students and the cyclists, but also thanks to the companies that helped us, such as our main sponsor Post NL.

“They have supported us from the start of the very first team to show that the Netherlands really loves their bicycles. That is something we can be proud of.” 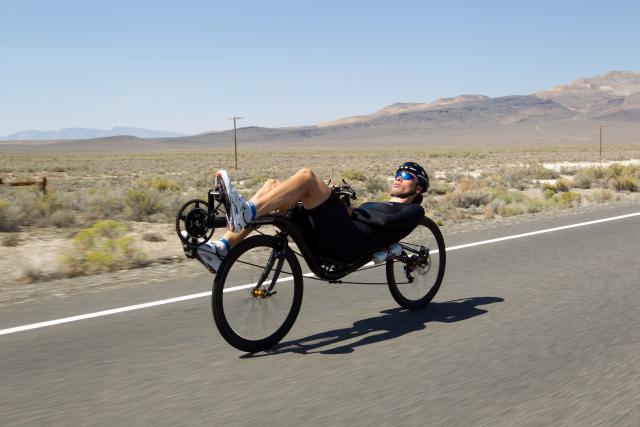