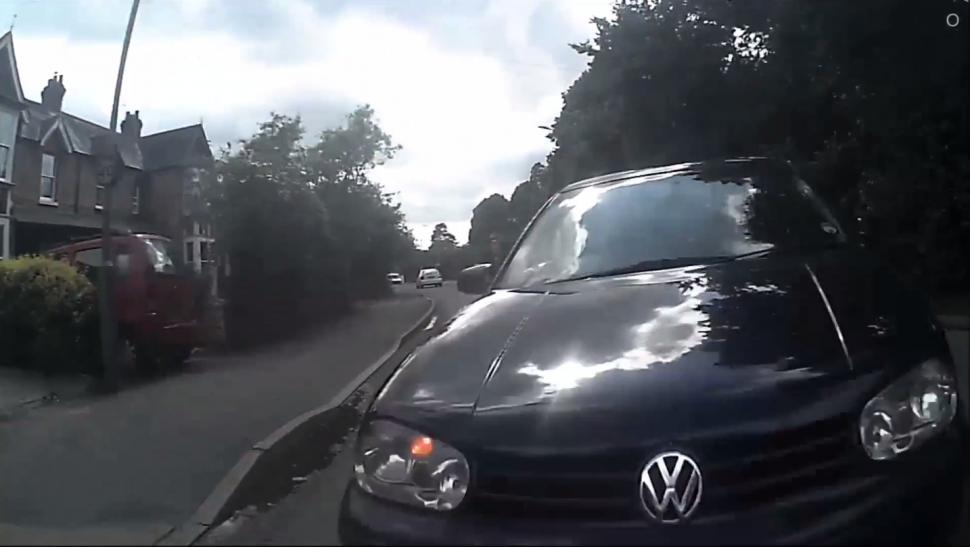 A fraction of a second before impact

Video: What's it like to be hit head-on by a car? Police seek driver for this attack

Rider amazingly not killed in callous hit and run, but police have no leads in investigation
by Sarah Barth

Police have appealed for information and witnesses to a callous hit and run that left a 34-year-old office worker in the gutter with broken bones.

The driver of a blue Volkswagen drove away after knocking the man off his bike in Slough, Berkshire last month. Despite gut-wrenching video footage from the rider’s handlebars, police have been unable to trace the driver involved in the hit-and-run crash.

Patrick Knetemann, 34 was riding along in Langley Park Road, Iver, at 4.30pm on June 14, when a black VW crossed from the opposite lane and hit him.

The impact threw him from his bike into the car’s windscreen, which shattered from the force of the collision.

Knetemann was thrown to pavement as the driver left. An off-duty paramedic happened to be on the scene and looked after him until he could be taken to Wexham Park Hospital.

Amazingly, Knetemann only sustained bruises and fractures. His bike was not so lucky; after being flung through the air it landed behind the car with the fork snapped just below the crown.

Knetemann said: "He came out of nowhere. The impact was so quick I had no time to stop.

"I hit the windscreen with my shoulder and it shattered straight away - that shows how fast and hard he hit me.

"I think he was turning right to go into the Kwik Fit garage and didn't see me.

"But I had a light on my bike, and I was wearing a bright red helmet.

"After one or two seconds he sped off leaving my there on the pavement."

According to ITV, Thames Valley Police says it is investigating the hit-and-run. A spokesman was unable to say if officers had yet spoken to the driver.

Patrick Knetemann said police officers had told him the number plates on the car that hit him were false.

The driver of the Volkswagen Golf is described as white, of thin build, with very short brown hair, aged in his twenties and he was wearing a white t-shirt.

Investigating officer PC Richard Jeffcoate, from Taplow police station, said: "I am appealing for any witnesses or anyone with any information about this collision to contact police.

"The cyclist had footage from a camera mounted on his bicycle showing the incident and enquiries are currently being carried out by officers in relation to this.

"If you know who the driver is or if you were driver of the car please contact me via the 24-hour Thames Valley Police enquiry centre on 101 quoting URN 1139 14/6." 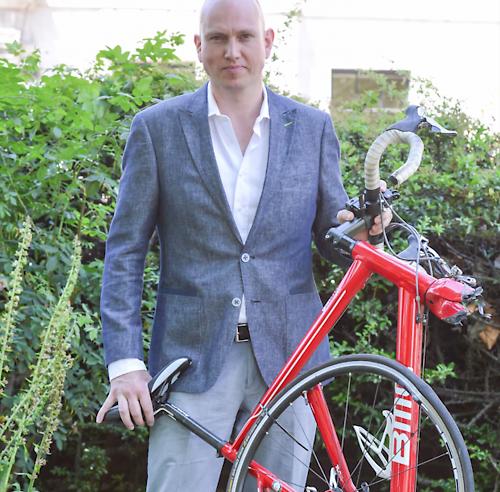