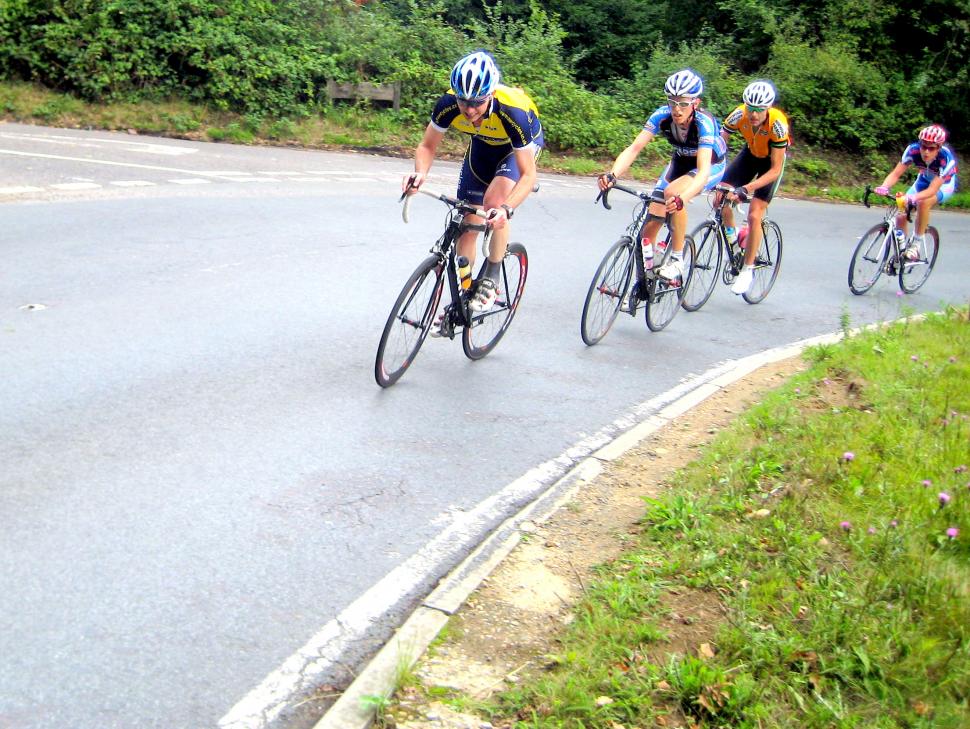 “Lucky nobody was killed” says organiser
by John Stevenson

Not content with getting up petitions and NIMBYish lobbying of the county council, anti-cycling forces in Surrey have stepped up their campaign with a drawing pin attack on a road race last weekend.

Competitors in the Redhill Cycle Club road race on Saturday June 28 sustained punctures after riding over drawing pins scattered on the road near Newdigate.

Fortunately nobody was injured, but organiser Adrian Webb told Get Surrey that the culprits were “lucky nobody was killed”.

“This was very serious and hugely dangerous,” he said. “I don’t think the people who did this, probably thinking they were having a laugh, actually thought through the harm that they could have caused.

“If you have someone go over those pins at 20 or 25mph in a peloton of 60 cyclists and they come off the bike, the injuries could be serious or even fatal.

“I couldn’t believe it when it happened. There were riders just walking their bikes with pins through the wheels.”

Surrey’s popularity as a cycling destination has inspired vociferous opposition from what appears to be a handful of residents in recent years.

Earlier this year, Brave Events, organisers of two multi-sport events in the area, decided to wind up their business rather than continue to try and run their races after accusing Surrey County Council of reneging on a deal to allow the 2014 edition of the Vachery Triathlon to use the same course as the previous year.

However, there is no reason to believe those involved with petitions and lobbying are connected to this attack.

Mr Webb said: “I think people need to move away from this dangerous mindset that they need to save those few seconds on the road by dangerously overtaking a cyclist. We share the roads and cyclists are more vulnerable. You keep hearing the argument that cyclists hold up traffic. The simple fact is that cyclists are traffic just as much as cars are.

“There needs to be less opposition and more working together. We have been a cycling club since the 1950s. This is not a new thing. Yes there is an increase, but communication and respect are important.”

A Surrey Police spokesman said: “Surrey Police is dedicated to keeping the roads of Surrey safe for all users and regularly patrols routes which are popular with cyclists.

“Officers actively encourage people to report any suspicious activity to them and work closely with local partners as part of the Cycle Smart scheme.

“Deliberately putting items on the road which can cause damage to bikes and other vehicles is not only a criminal offence which offenders will be prosecuted for if they are caught but this behaviour can also have serious, possibly life threatening consequences.

“Surrey Police will not tolerate this kind of behaviour and anyone with information on who is responsible for such offences is urged to contact Surrey Police on 101.

“Information can be passed anonymously to the independent charity Crimestoppers on 0800 555 111."