Spanish manufacturer Orbea only introduced an updated Orca, their flagship race bike, this time last year, but for 2015 they have taken it back to the drawing board and given the model its most substantial update in its 10 year history. Reducing frame weight has been the main focus of the changes and they claim a 900g weight (53cm) for the carbon frame, as well as increased ride comfort and stiffness. 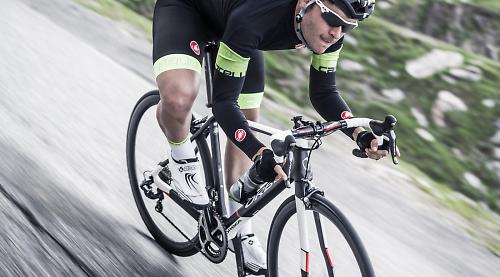 Visually the bike looks quite different, a result of fairly radical changes to the tube shapes and profiles. It looks less like the previous Orca than ever before. It’s a frame of two halves, with the down tube, bottom bracket and chainstays oversized, while the seat tube, seat stays and top tube are waif-like in profile. The top tube is much slimmer and straighter than the previous Orca, along with the seat tube, and there’s a new top tube/head tube junction as well. It's a very contemporary looking frame, arguably less divisive than the old Orca. 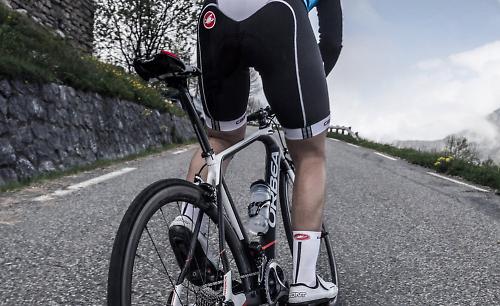 Increasing stiffness has been achieved by using a PF86 bottom bracket. This allows the down tube and chainstays to be as large as possible. Despite an increase in tube sizing in some key areas, the frame has a more compact shape with a smaller rear triangle and sloped top tube than last year’s Orca. This photo shows the clear difference between the two frames, the 2015 model has far less mass.

The result of these changes is a lighter frame, now a claimed 900g for a size 53. Trimming weight from already very light frames is no easy task on already very light frames, to achieve the lower weight Orbea says that "it became our mantra when creating the new Orca: if a design feature was not vital to stiffness and ride quality, that element must be reshaped or eliminated to reduce frame weight.” They have also developed a new fork, which looks to borrow heavily from the fork used on the Avant. All cables, as before, are routed internally and we suspect the frame is fully compatible with electronic groupsets. As well as lowering the weight, Orbea also focused on ride comfort and smoothness. “The natural flex patterns created by the carbon layup and structure in the top tube and seat stays deliver an efficient, smooth ride that feels like floating over rough roads,” says Orbea. 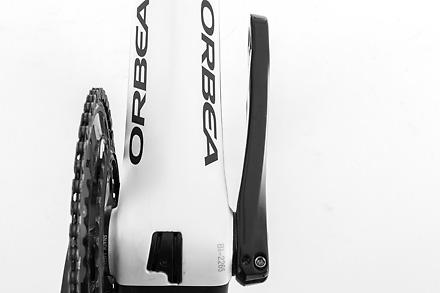 They’ve actually taken inspiration from their Alma mountain bike in shaping the new Orca in this regard. They have engineered a degree of flex into the seatstays, seat tube and top tube, by careful shaping of the tubes and in the carbon fibre layup. For this reason also they use a 27.2mm seatpost and there’s more exposed post than on the previous frame, to allow a bit more deflection to occur. We're really seeing most manufacturers adopt 27.2mm round seatposts on their top-end frames in the pursuit of ride comfort, and weight savings as well.

We'll have more details on the new Orca when we get them. It's scheduled for availability from July, no word on pricing or build kit options at this stage.  More at www.orbea.com/gb-en/sites/orca-2015