Orbea launch brand new Orca in Corisca ahead of the Tour de France. It's lighter, stiffer and aero
by David Arthur @davearthur

Spanish manufacturer Orbea have updated their flagship Orca, which celebrates its 10th birthday this year, with a lighter frame, new fork, increased aerodynamics and with seven sizes based around stack and reach. Euskaltel-euskadi will be racing it in the Tour de France, we spotted the team preparing the bike ahead of the opening stage. 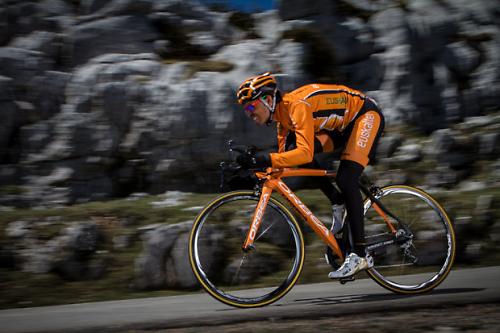 The Orca was first conceived ten years ago, and won a gold medal in the Beijing 2008 Olympics courtesy of Samuel Sánchez. Orbea have worked hard on evolving the design of the bike, it’s been through five design iterations in those years, and this new model represents a significant step forward. 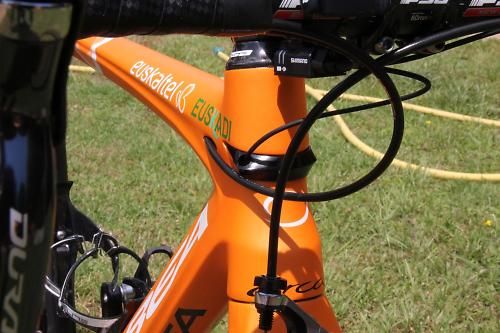 Fit and choosing the correct frame size is crucial when buying a road bike. Orbea recognise this in the adoption of the Stack and Reach concept of measuring a frame. They’re not the first, several other manufacturers such as Cervelo have been pushing stack and reach over more traditional measurements to determine the frame size you need (such as top tube and seat tube). 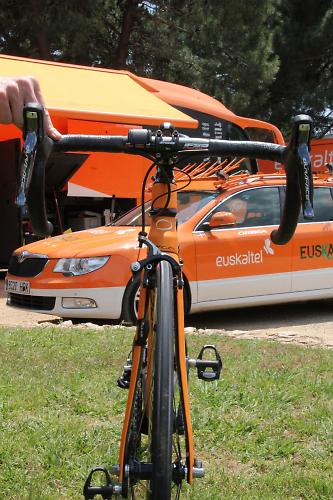 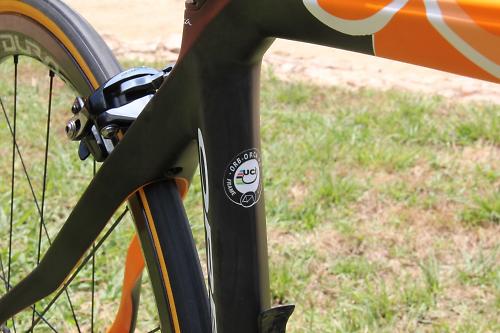 So Orbea are using this new approach for the Orca, and will offer seven sizes, from 47 to 60cm. They use two different forks, a 53mm rake on the three smaller sizes and 43mm rake on the four biggest sizes. 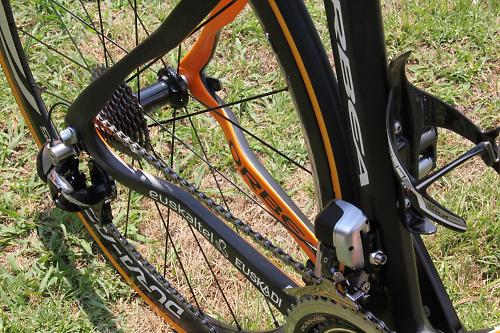 Aerodynamics is the hottest buzzword in the industry this year, and the Orca has been redesigned to reduce drag. They’ve worked at reducing the frontal area, keeping the head tube and the new fork narrow. All cables are routed internally, and their new EC/DC (Electronic cable, direct cable) ensures the frame is compatible with electronic and mechanical groupsets. The result of these changes makes it 7% more aerodynamic than the previous Orca, giving a claimed 10 watt saving at a 10° yaw angle (though they don’t tell us what speed this data was determined at). 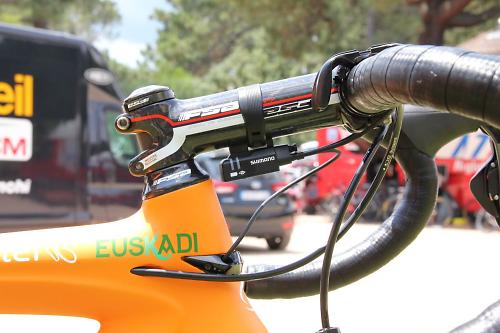 Despite a new interest in aerodynamics, Orbea have also made other changes to the frame to deliver an improvement in weight and stiffness. They claim it’s 10% lighter (which will satisfy Euskaltel-euskadi’s climbers) and 8% stiffer. One of the key changes has been to adopt a Shimano PressFit bottom bracket, removing some of the aluminium inserts needed for traditional threaded bottom brackets. The frame retains many of the signature features that made it an Orbea, such as the seatclamp and dropouts. 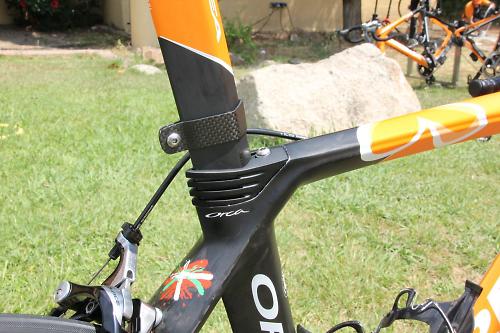 The Euskaltel-euskadi team bikes are finished in the same distinctive orange over black that makes them easy to spot in the blur of the peloton. They’re sponsored by Shimano so it’s a brand new Dura-Ace Di2 9070 11-speed groupset . One change Orbea haven’t made is to use Shimano’s new internal Di2 battery, it instead being bolted to the non-driveside chainstay.

Wheels are Shimano too, pictured are the C35 tubulars, a popular wheel with good aerodynamics and weight, but they’ll have plenty of wheels to choose from depending on the stage profile. FSA supply the handlebars and stem, Vittoria the Corsa Evo tyres and Selle Italia the SLR saddle.

And a couple of fancy videos of the new bike

This follows the release the other week of the new Avant from Orbea, billed as the 'the most adaptable bike ever seen' that accepts discs or rim brakes and either mechanical or electronic shifting. Read about it here.