On Saturday we brought you news of GT's new Grade 'EnduRoad' bike, today we look at the latest creation from Tom Donhou a machine that in many ways is trying to do the same things, but comes from a very different place. Donhou who famously built the 100mph speed bicycle last year, has produced this Expedition Gravel Racer built for Ollie Blackmore, who is going to circumnavigate Vancouver Island on it next month. 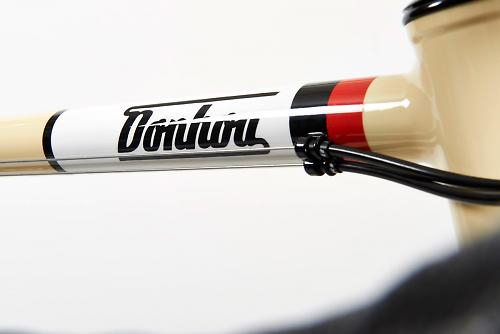 Norwich-based Ollie is planning in July to cycle the 2,311km route around Vancouver Island solo and unsupported, with 46,000m of climbing along the way. He's doing the ride in aid of the British Columbia Cancer Foundation, with a £25,000 target. You can take a look at the full details of the route and pledge your support at www.cyclechallengecanada.com 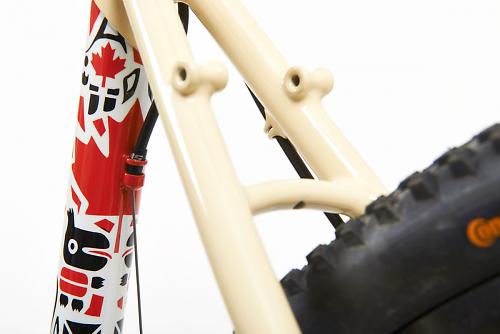 For such a challenge you obviously need a bike capable of going the distance and surviving the harsh roads likely to be encounterered. Tom Donhou has a good track record producing these sort of bikes, a couple of years ago he built one of the Rapha Continental bikes, a much admired steel framed bike with disc brakes and space for wider tyres.

Since then as the photo gallery on Donhou's website shows that customers have been lining up to order similarly designed bikes. Disc brakes on road bikes is a hot topic, and Donhou was one the new breed of small framebuilders who were arguably quickiest of the mark when it came to exploring their potential. Tom picks up the story on the bike build: “…as I heard the words 'Vancouver Island' I was really keen to build this bike. “My own experience of Vancouver Island is one of coming face to face with a Cougar and that’s something that stays with you. Now you see, cougars attack from above and behind, so we included a Totem paint scheme (yes, its all paint) with eyes in the back and sides to protect him from those big cats!

“The bike is built for purpose, but there has also been consideration for its life after the trip where it will see cross and touring duties.” 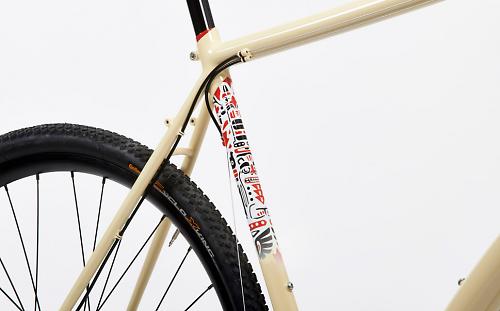 Because the bike needs to be tough and durable, and carry a 35kg load, Donhou built the frame using a Reynolds 853 tubeset “tuned for carrying loads”.

Up front is a Whiskey carbon fibre fork with a 15mm bolt-thru axle, while out back Donhou uses Paragon Polydrops dropouts, with a DT Swiss 142x12mm bolt-thru axle. The dropouts however can be converted to a regular 135mm quick release setup. The frame has been built up with a SRAM Force groupset and Avid mechanical disc brakes. The cables have been routed to keep them clear of mud, and the disc brakes offer the braking performance Ollie will need to cope with the wide range of conditions he is likely to encounter. 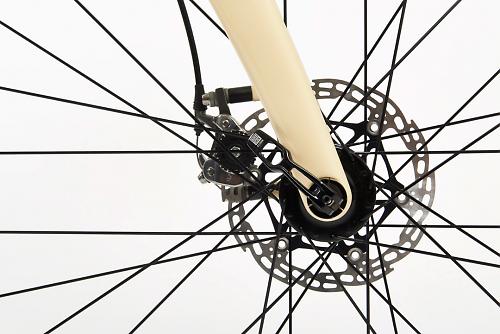 For the sort of riding the bike will be used for geometry is critical, it doesn't want to be too fast or twitchy for the inevitable long days in the saddle over rough and unforgiving terrain, so it's somewhere between a touring and cyclocross bike.

It looks a a very smart bike with an individual paint finish, and we wish Ollie the best of luck in completing his challenge.