Campagnolo have revealed the 2015 versions of their Athena and Veloce mechanical groupsets which borrow a shift lever design from Campag’s electronic EPS shifters.

Campag announced their 2015 Super Record, Record and Chorus mechanical groupsets last week and we reported on their new Chorus EPS electronic groupset earlier today. Now the Italian brand has shown us components from the Athena and Veloce mechanical groupsets. 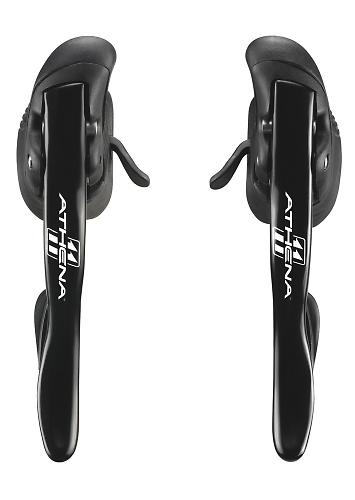 The biggest update is that lever. Campag have traditionally had it coming out of the inner face of the shifter body, pointing just below horizontal. However, when they introduced EPS electronic shifting, Campag obviously no longer needed to adjust cable tension so they could replace the lever with a switch. Instead of pointing the switch outwards, they pointed it much further downwards so that it was more easily accessible and simple to operate, especially from the handlebar drops. 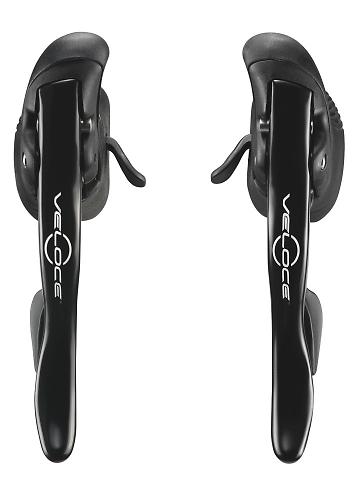 Now Campagnolo are introducing a new lever to the Athena and Veloce mechanical ErgoPower shifters that clearly owes a lot to the EPS design.

“Complete transmission control from any position is now even more possible thanks to the EPS-style layout of the lever on both right and left side controls. Thanks to the lower range of throw necessary to push the power-shift transmission of the Athena and Veloce transmissions, this lower profile and easy-access shift lever was made possible.”

The Athena ErgoPower levers will be available in both carbon and aluminium options, as now.

Campagnolo haven’t gone with this design for their higher end Ultrashift shifters. They say that this style of button doesn't allow enough throw to go through multiple gears, and that's a feature they want to retain with Ultrashift. 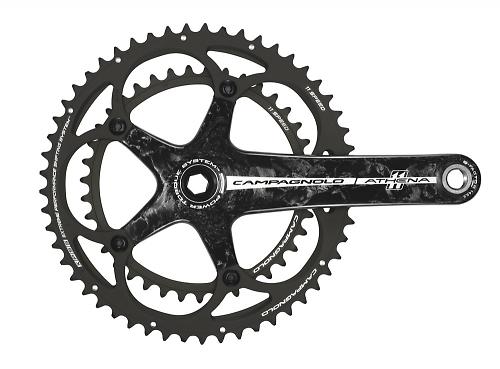 Campag are also promising an improvement in Athena’s shifting performance thanks to its SC-14 chainrings with newly modified tooth angles and shapes. SC-14 (‘squadre corsa 2014’, meaning 'racing teams 2014') was Campag’s name for their high-end Super Record RS mechanical groupset while it was in development, and they say that the technology from that project has now trickled down to Athena. 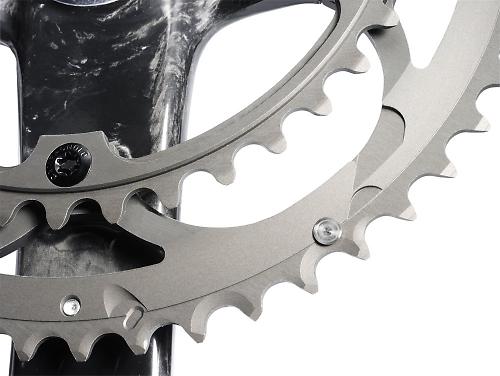 We don’t have have prices or dates for the release of 2015 Athena or Veloce.

1
Conor McGregor knocked off his bike... and gets a lift home off the driver who hit him
2
167 cyclists – and just four drivers – fined in police crackdown during Tour Down Under
3
Driver assaulted cyclist for questioning mobile phone use
4
Van Rysel to launch seven new bikes, including high-end race models
5
Cyclist hit by truck driver has compensation cut after judge says lack of helmet contributed to injuries
6
Councillor calls for anti-bike barriers to prevent “dangerous” cyclists “zooming across” foot tunnel
7
Town council says “restrictive” RideLondon sportive not wanted – because locals “can’t get out of their own road”
8
“Cyclists welcome – just in the right place”: Coastal path upgrades set to be shelved over concerns about environmental impact and “speedy cyclists”