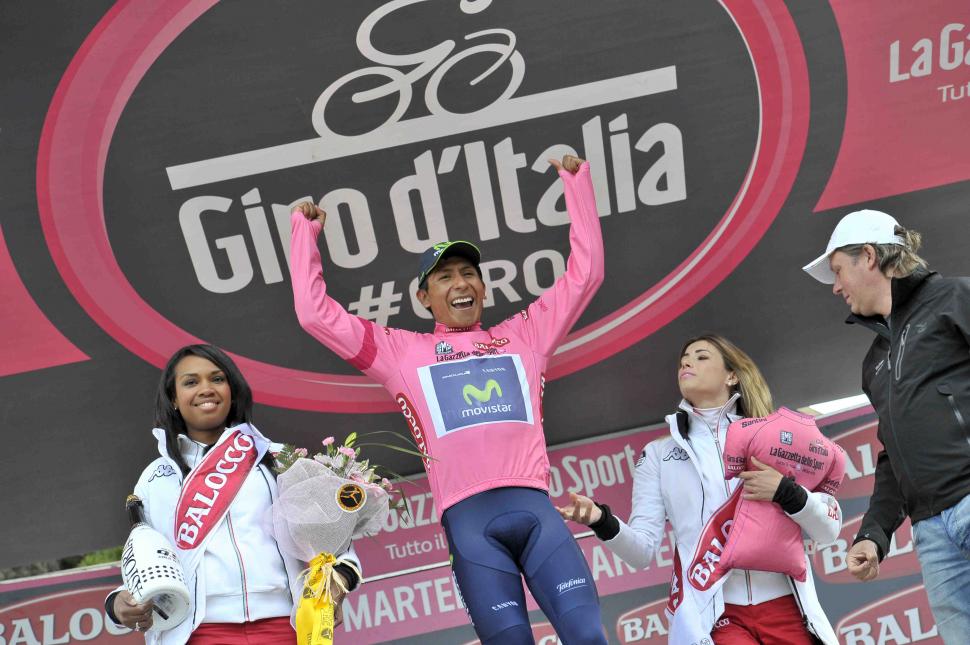 This week's slice of cycling life features Chris Froome doping claims, a cycle that turned into a rave and more.....
by Sarah Barth

Join us to mull over this week's slice of cycling life as we catch up on all the events of the week, from how not to celebrate a win on film, to cyclist vs. ravers, Chris Froome’s tensions with Sky and Quintana’s legendary win. 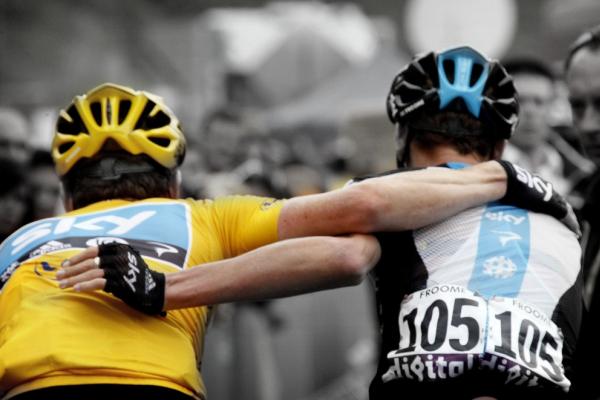 On Sunday Chris Froome let us know how close he came to leaving Team Sky in late 2011, laying bare the tensions within Team Sky during the 2012 Tour de France, where he finished as runner-up to team mate Sir Bradley Wiggins.

In particular, Froome says that his understanding of what he was promised when he signed a contract to stay with the British WorldTour team in 2011 was not reflected in the way he was treated during the following year's Tour de France, which he rode in support of Wiggins.

Tensions between the Sky’s two star riders began simmering during the 2011 Vuelta, which Wiggins rode after retiring injured from the Tour de France. Froome took the race lead, but was ordered to ride in support of Wiggins.

It was immediately after the Vuelta that Froome signed a new, three-year deal with Sky, but the 29-year-old says that he was tempted by offers from rival teams that were able to guarantee him undisputed leadership in major stage races.

Referring to the package originally offered to him by Brailsford, he said: "I wanted a contract that reflected being a leader, rather than a domestique.

"It was getting stressful and I sent Dave a long and quite strong message saying there would be no more going back and forth. I also said that that was the final offer, I was going elsewhere." 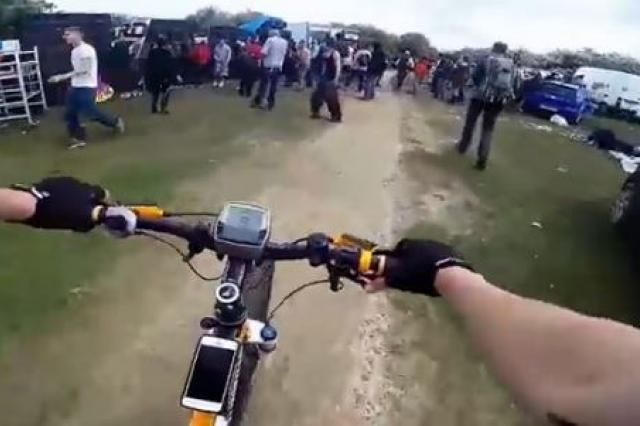 On Monday we were amused by a pair of cyclists who had the tranquility of their Sunday morning ride in the South Downs interrupted after they stumbled across an illegal rave.

One, Tim Fry, posted footage to YouTube showing him weaving in and out of parked cars and assorted ravers, ramplers and people walking their dogs at Devil's Dyke in the National Park.

In the description of the video, he said: "Rich & I thought we'd go for nice quiet sunshine ride at the Dyke, what we saw next was just plain surreal."

The Argus reports that Sussex Police decided to let the rave, which began at 2am on Sunday morning, go ahead despite complaints from local residents, with a spokesperson saying that "due to the darkness, rain, and numbers present, it was not appropriate or practical to attempt to close the gathering safely." 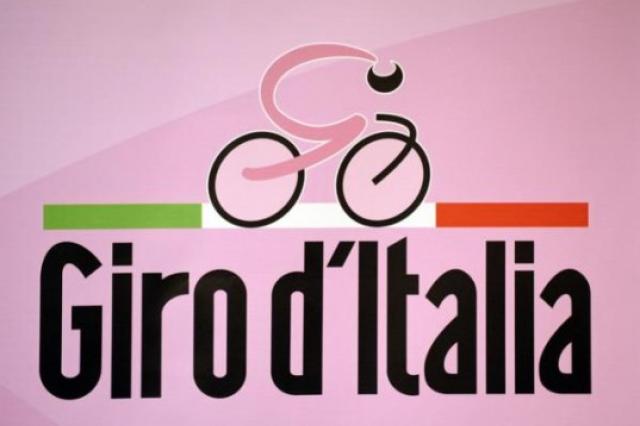 Tuesday left us breathless as Nairo Quintana of Movistar was announced the new leader of the Giro d'Italia after winning a memorable Stage 16 of the race at Val Martello. It's one that will be talked about for years, with the riders having to deal with snow on the upper parts of the earlier ascents of the Passo di Gavia and the Passo dello Stelvio.

Ryder Hesjedal of Garmin-Sharp crossed the line seven seconds later to finish second, with Europcar's Pierre Rolland a little over a minute further back in third.

As the news of the conditions on the Gavia quickly spread on social media, many fans as well as team staff questioned whether the stage should be abandoned. Perhaps mindful that Stage 19 of last year’s race was cancelled due to the weather, organisers pressed ahead.

Following the win that put him into the race lead, Quintana said: “When I came to look at the Giro stages, we couldn’t go very far up the Stelvio because it was covered in snow. After the climb, we looked at part of the descent, and then the climb to Val Martello.”

Speaking about the stage, he went on: "I just stayed on a team-mate’s wheel. I didn’t hear anything about the descent being neutralised. Nor did my team-mates: we were just told to cover up well for the descent. We came down at some speed, and at the foot of the descent I realised that there were six of us in a group behind the breakaway. In any case, the time I gained on my rivals was mostly made on the final climb. I don’t see any grounds for controversy.” 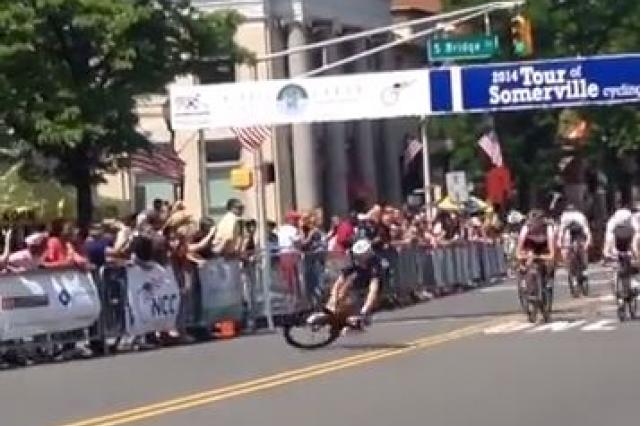 It’s something every young cyclist dreams of – crossing the finish line ahead of the field, arms aloft in celebration. As this video from the US  that surfaced on Wednesday shows though, you don't want to lose control of your bike at the moment of triumph - especially when someone's filming.

The unfortunate rider was 18-year-old Noah Granigan from New Jersey, who had just won Monday’s junior race at the 2014 Tour of Somerville, only to be dumped unceremoniously on the road surface moments later.

Afterwards, he tweeted: "Well that was stupid" - although as one spectator observes, “At least he won…” 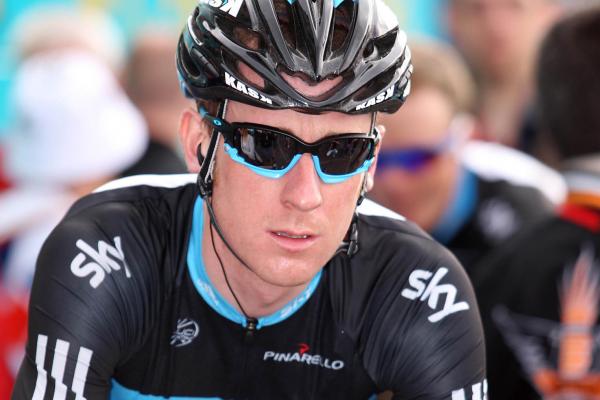 White said that Orica-GreenEDGE was looking for a rider who could compete for the overall title in cycling’s biggest three-week stage races, including the Tour de France.

“Our team is ready to have a grand tour rider next year,” White said.

“When you look at the likes of [current Orica-GreenEDGE riders] Esteban Chaves, Simon and Adam Yates, [Luke] Durbridge and [Michael] Hepburn … If we can keep that group for the next two years we will have one hell of a Tour de France team in two to three years.”

Wiggins’ contract with Team Sky ends this year, but White would not say if the 34-year-old is a rider he is specifically targetting to join the team, or one of a number of options.

“I would love to work with Wiggo,” said White. “If Bradley was to come we would have to have the money to buy him. He is not going to come for free.” 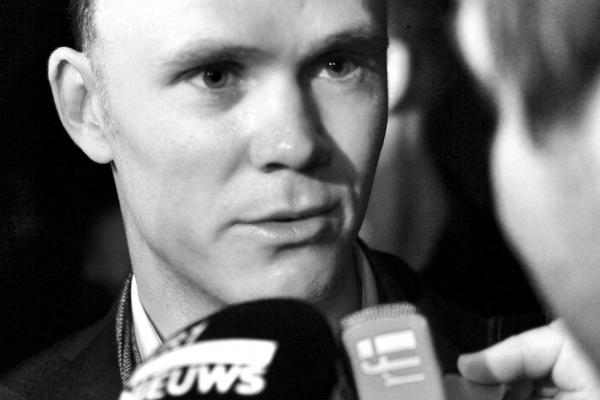 World cycling’s governing body, the UCI, is looking into claims by Tour de France champion Chris Froome that neither he nor two of his chief rivals for this year’s race have been tested for drugs while training on Tenerife.

Froome has been on the island for two weeks with Team Sky for a high-altitude training camp at Mount Tiede in preparation for the 101st edition of the Tour, and Tinkoff-Saxo’s Alberto Contador and Astana’s Vincenzo Nibali have also been training there.

On Wednesday, Froome said on Twitter: "Three major TDF contenders staying on Mount Teide and no out of competition tests for the past two weeks."

Later, he added: "To clarify, I am one of those three and I think it's in all our best interests to be able to prove we are clean no matter where we train."

A UCI spokesman told BBC Sport: "The UCI has seen the comment by Tour de France winner Chris Froome regarding a lack of out of competition testing at Mount Teide, Tenerife.

"Out-of-competition testing is clearly an essential component of any effective anti-doping programme and we are looking into the matter with the Cycling Anti-Doping Foundation, which is responsible for planning and executing anti-doping tests in cycling." 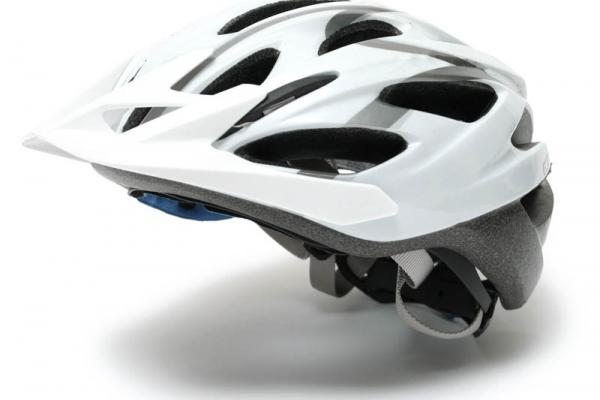 And on Saturday the controversy to round up the week was the news that cyclists who wear ‘flimsy little helmets’ are wasting their time -- that’s according to a leading neurosurgeon who never wears one
.
Henry Marsh, who works at St George’s Hospital in Tooting, London, said his patients who have been in bike crashes have not seen any benefit from their helmets.

He told the Hay Festival, where he was in discussion with Ian McEwan about his new novel featuring a brain surgeon: “I ride a bike and I never wear a helmet. In the countries where bike helmets are compulsory there has been no reduction in bike injuries whatsoever.

“I see lots of people in bike accidents and these flimsy little helmets don’t help.”

Instead, he said, he wore a cowboy hat on his bike, which he had been riding for 40 years.