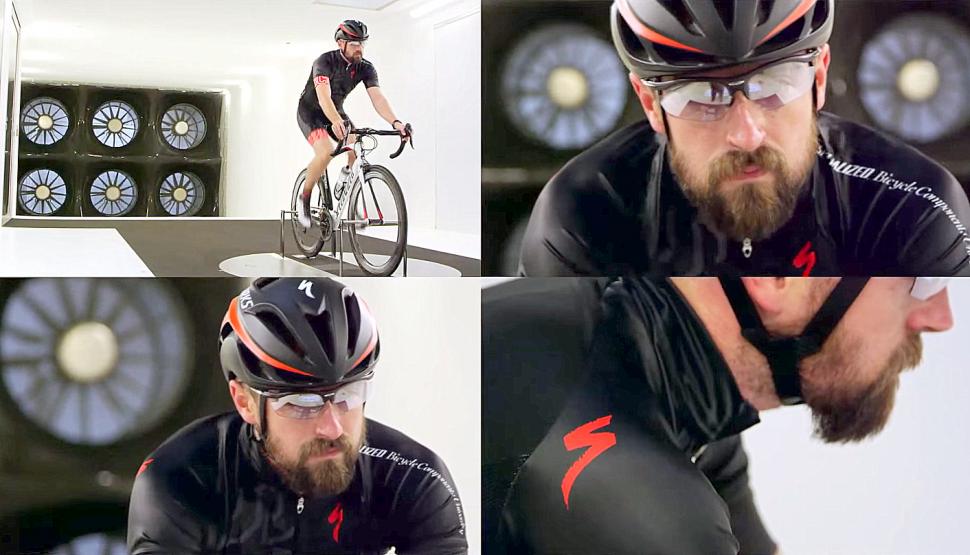 This week's slice of cycling life features beards: winners or losers? A slow news day in Scunthorpe, a near miss when a sportive met a road race and more.....
by Sarah Barth

Join us to mull over this week's slice of cycling life as we catch up on all the events of the week, from winning facial fuzz to cardboard cops driving down bike thefts, and the reasons behind Cancellara’s pulling out of the hour record - and more... On Sunday we struggled to see what the story was - but in Scunthorpe a slow-moving cyclist pedalling up a long hill made the papers after he allegedly held up 100 vehicles.

According to the Scunthorpe Telegraph, the rider “left the Tata Steel works at the Anchor exit and then, perfectly legally, began the long haul up the hill - in the middle of the only available lane,” due to the council closing off the second lane with cones.

Councillor Nigel Sherwood said: "It's something we need to look at and try and address."

He did stress that the cyclist had done nothing wrong and wondered whether he might have used the footpath instead.

"We need give and take on both sides. Help each other if you can," he suggested. 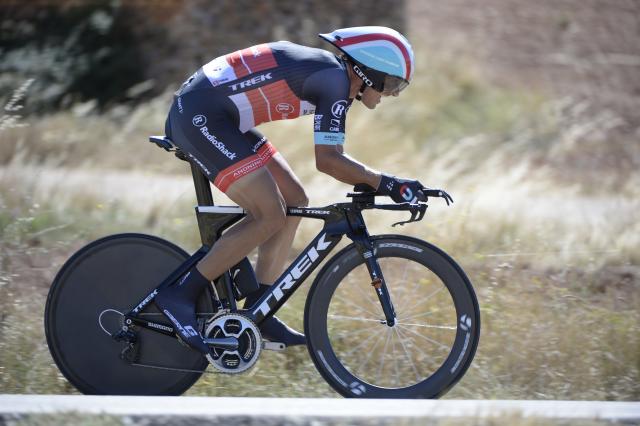 On Monday we brought news that Fabian Cancellara’s camp had announced that the proposed attempt by the Swiss time trial specialist was on hold.

There seem to be two reasons for Cancellara and the Trek Factory Racing team’s unexpected attack of cold feet.

According to a team statement, the bike development and training effort so far has been focused on breaking the ‘athlete’s Hour’, under the rules that have held sway since 2000.

That record was held by Ondřej Sosenka at 49.7km, set in 2005, but the ride Cancellara wanted to compare himself against was Eddy Merckx’s 1972 record.

He said: “The whole appeal of the Hour Record for me is that you are competing against riders from the past. I would have loved to race Eddy (Merckx) in the Classics, or in a time trial, but it’s not possible. The Hour Record has this charming side to it that I like a lot.

“Now it’s going to be different. I’m not against technological innovation, everyone knows that. It’s why I spend so much time testing road bikes with Trek. And it’s also why we’ve invested time and money in developing the best Merckx style bike.” Tuesday’s bit of drama was some hair raising video footage showing what might happen when a sportive meets a road race coming the other way. Some heated tempers, a bit of shouting, and the odd cyclist ignoring instructions, thereby putting themselves and other riders in danger, according to a video (now removed from YouTube) shot in North Yorkshire.

With the Yorkshire Region Road Race Championship about to turn the corner from Saxton onto the A162 Tadcaster Road, one marshal can be seen stopping traffic to allow the race to pass safely.

But it’s the other marshal, out of camera, who has his hands full as some of the sportive riders ignore instructions to get off the road – one man in a green, blue and white striped Kelme kit putting himself in a position where he could have caused a serious crash.

British Cycling responded saying that sportives need to regulated to avoid these issues. The governing body points out that while strict regulations surround races held on public roads, the regime is looser when it comes to sportive rides. Looking for some new summer rubber? Continental are offering a pair of their brand new Grand Sport Race tyres in return for a pair of old tyres (any non Continental brand) with a pair of inner tubes worth £71.88. The promotion runs until 31st July at selected dealers and some sportives, and they’re only asking you to complete a feedback form on the new tyres in return for their generosity.

To partake in the offer you need to take your bike to a participating dealer where they will remove your old tyres and fit a pair of brand new Grand Sport Race in 23 or 25mm width with new Race28 inner tubes. They’ll dispose of the old tyres on your behalf.

This offer runs from 15th May to 31st July, but Continental says that dealers have a limited supply, and once a dealer exhausts their supply prior to 1st June, the offer is no longer available. So the hint is to not hang around if you want to make use of this offer, and get down to your nearest dealer sharpish. With a new pair of tyres fitted, customers will be asked to give their feedback of the new tyres at their website. Doesn't seem too much to ask in return for a brand new pair of tyres. Police in Wiltshire have arrested a 38 year-old man on suspicion of dangerous driving after a video of a car swerving towards a cyclist went viral on social media.

The arrest follows an incident near Ashton Keynes earlier this month that appeared to show the driver of a Peugeot car swerving towards a cylist.

Other riders came forward to say that they believed they had been subject to similar treatment by the driver of the same vehicle, with one urging that the motorist needed to be stoppped "before someone is killed."

Sergeant Barrie Card of Wiltshire Police said: "I want to reassure cyclists in the county that we take all matters involving their safety on the roads extremely seriously.

"I know that this has been a distressing time for the cyclists involved in these incidents and I would like to thank them for their kind co-operation and assistance with our enquiries.

"If any cyclist or member of the public witnesses a similar incident, I would strongly urge them to report the matter to the police as soon as they can." Thursday’s big news will have been of interest to the cycling masses of East London among others, as the burning question posed by cyclists with luxuriant growths of facial hair has been: “Does it slow you down?” The good folks at Specialized have found an answer.

Specialized built its own wind tunnel at its Morgan Hill California headquarters last year, and has already produced videos showing how much time you can save by changing position on the bike, and how you can more aerodynamically carry water and food for a long-distance time trial or triathlon.

After building up to it with those trivial projects, the Specialized aero R&D team turned their attention to the vital issue of the aerodynamics of beards.

In this video, Specialized’s Mark Cote and Chris Yu first measure the drag of bearded rider Joe Self, from a Specialized dealership in Texas. Joe then shaves of his beard and the measurements are repeated.

Which is faster? Watch and find out for yourself: 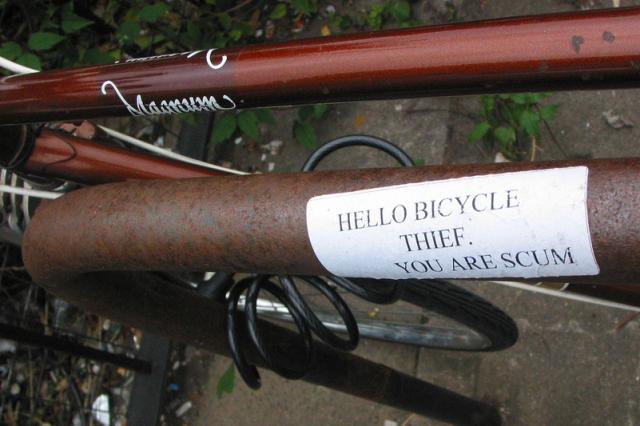 And a bit of light relief for the weekend when Saturday rolled around: Bike thieves. They might be crafty, but, it seems, they’re none too observant.

In Boston, USA, a cardboard cut out of a police officer - dubbed CardboCop - gas been credited with a 67 per cent decrease in bike thefts since he’s been positioned near a hotspot for pinched rides.

The only real thing about CardboCop is his face - the likeness of Transport Officer David Silen.

“I think it’s our inner conscience. Even though they know that it’s not a real cop, there is some psychology at work. People realize it’s a cutout, but there is still a set of eyes in a blue uniform,” Transit Police Deputy Chief Robert Lenehan told the Washington Post.

Now, there are plans to replicated CardboCop at three other locations in the city.