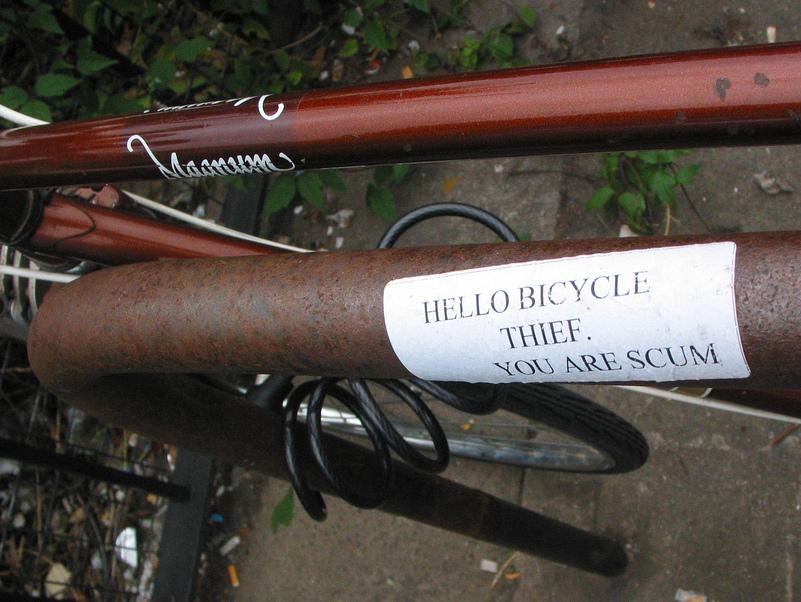 Is it a cop? Is it a box? Actually, it's both. CardboCop credited with lowering bike thefts

Not so much plastic policeman as cardboard bobby in Boston, USA - but it does seem to work
by Sarah Barth

Bike thieves. They might be crafty, but, it seems, they’re none too observant.

In Boston, USA, a cardboard cut out of a police officer - dubbed CardboCop - gas been credited with a 67 per cent decrease in bike thefts since he’s been positioned near a hotspot for pinched rides.

The only real thing about CardboCop is his face - the likeness of Transport Officer David Silen.

“I think it’s our inner conscience. Even though they know that it’s not a real cop, there is some psychology at work. People realize it’s a cutout, but there is still a set of eyes in a blue uniform,” Transit Police Deputy Chief Robert Lenehan told the Washington Post.

Now, there are plans to replicated CardboCop at three other locations in the city.

It’s a different approach to that taken by police in Islington, one of London’s crime hotspots, where last year we reported police credited tough policing and education with an eight per cent drop in thefts.