Garmin updates its Connect online training tool, we take a look at the new features including segments
by David Arthur @davearthur

Garmin have completely redesigned their free Connect online fitness community and training log and added a bunch of new features including segments and improved social media interaction. We’ve been having a nose around at the new website and here’s a quick overview of the new features that Garmin hopes will usurp its rivals.

First up, the Connect homepage has been revamped with a modern tile-based layout that is visually far more appealing. The tiles, or “widgets” as Garmin are calling them, are used to represent important data like your recent activity, a calendar of your workouts, courses, total distance, connections to friends, and the newest features, segments, personal records, workouts and training plans. 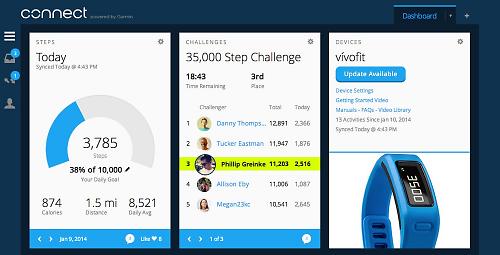 These tiles – sorry, widgets – can be moved around, hidden and new ones added, so you can completely customise the layout to suit. An expandable sidebar lets you shortcut straight to any section. It’s all very intuitive and everything you need is clearly presented and easy to find. A small magnifying glass on each widget makes it full screen so you can delve into more detail.

Click into an activity and you go to an page full of detail, presented in the same style as the previous Connect website. It shows a map of your ride and distance, speed, altitude and much more. While it all looks familiar to anyone who has used Connect before, there is the introduction of the new segment feature, which has been the big talking point since Garmin announced the changes to Connect. 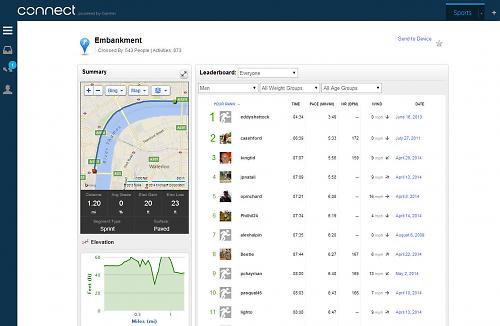 Adding segments to Connect is a clear response by Garmin to the popularity that rival training website Strava has achieved with segments. These are sections of a ride, such as a climb, that are given a leaderboard so you can see how you compare to other people cycling over the same segment.

Creating a segment in Connect is easy. Simply drag the start and end markers to where you want on the road, give it a name and you’re done. Click 'save' and you’re shown a leader board for that segment, with dropdown filter lists for different categories.

Garmin have also added the ability to specify the segment type (hill climb, sprint, downhill, hills) and surface type (paved, gravel, dirt, mixed). One feature they’ve also added that will be well received is the inclusion of wind direction and speed data, so you can tell if someone had a headwind or tailwind when they hit the top of the leaderboard. That’ll cancel out a few excuses…

How does Garmin Connect know this? It comes from a subsidiary of Garmin's called Digital Cyclone. Garmin originally bought Digital Cyclone for aviation and marine applications but they are now using the service across other products. 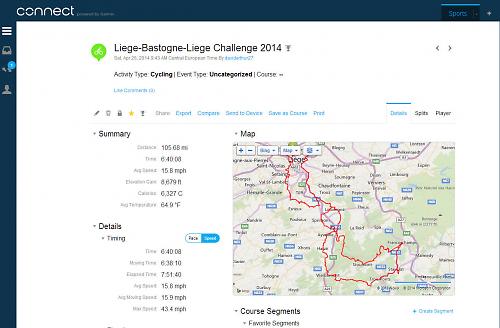 As well as introducing segments to common cycling lexicon, Strava also popularised the social network aspect, being able to follow friends and so be able to see how much riding they’re getting up to. Garmin hope to tap into this success and have added Connections so you can 'connect' with friends on Connect. Being able to comment on rides and events and offer ‘kudos’ – virtual high-fives – has also been a resounding success for Strava, Connect aims to replicate this interaction with a like button and comment functionality.

If you're not already using it, Garmin have a desktop app called Garmin Express which is a replacement for WebUpdater. Once downloaded and installed, it pops up a window on your desktop when you plug your Garmin into the computer and allows you to upload your latest activities to Connect, and make sure your Garmin unit is up to date.

It’s still early days for the new Connect but first impressions are good. It’s really simple to use, neatly and intuitively laid out and with lots of new features bolstering the high level of detail it already provided, making it easy to track and monitor your training. It’s clear it’s still being developed because at the time of writing there are some interesting features that aren’t currently available. Groups is one that will be useful for clubs, local riding groups and friends. 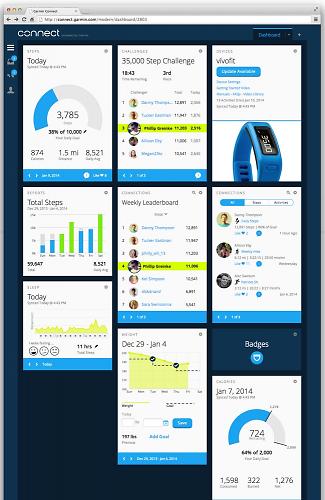 We keep comparing Connect to Strava because they are both seeking to attract the same users (there are, of course, many other training tools out there also vying for attention: MapMyRide, Endomondo etc). It's been a long overdue update but the new version of Connect is impressive. But will it be enough?

Garmin have developed the new Edge 1000 in tandem with the upgrade Connect, so you can do things like download segments to the computer and get live progress updates when you’re out riding. Directly tying in Connect features with the new Edge 1000 is a step in a new direction for Garmin and it will be interesting to see how it actually works. An Edge 1000 has arrived for review so we’ll put this to the test.

Have a look for yourself at http://connect.garmin.com/