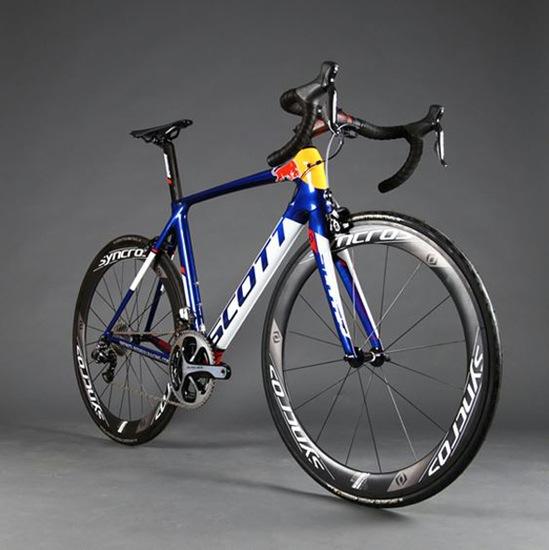 Scott, which works in motosports, winter sports and running as well as cycling, will supply accessories to the pit crew – goggles and full face helmets – and will also supply the team with Foil road bikes.

The Scott Foil Team Issue IRBR is based on the existing Team Issue model, as ridden by Orica GreenEdge and IAM Cycling, although it gets its own finish with the Red Bull logo featuring prominently at top tube/ head tube junction.

The Foil is the aero road bike in the Scott range, sitting alongside the superlight Addict (we reviewed the Foil 15 here on road.cc last year). The tube shapes have been designed to keep drag low and it features a tapered head tube, oversized bottom bracket and integrated seat clamp,

The Scott Foil Team Issue IRBR is built up with a Shimano Dura-Ace groupset, and Syncros RR1.5 wheels. The weight is said to be 6.8kg. 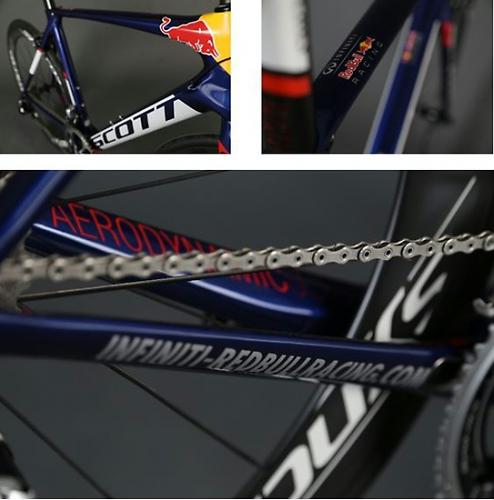 Formula 1 and cycling have had an increasingly close relationship over the past few years with Britain’s former world Champion Jenson Button, for example, cycling as a key part of his training regime, and Australia’s Mark Webber even coming up with the idea for the Ride to the Horns sportive.

Spain’s Fernando Alonso announced last year that he intended to rescue the Euskaltel-Euskadi team although in the end the deal never happened. Alonso still plans to create a team for 2015.

Vettel and Ricciardo would have more chance of winning on their bikes than they have in their cars this weekend. After four rounds of the 2014 season, the only podium they’ve achieved between them so far is Vettel’s third place finish in Malaysia with Mercedes having won every race.

For more on Scott Sports go to www.scott-sports.com/us/en/