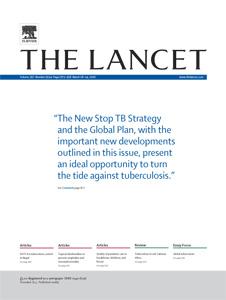 A study published in the medical journal The Lancet regarding the benefits to public health of replacing use of cars with more eco-friendly modes of transport such as cycling or walking has concluded that priority should be given to improving facilities for pedestrians and bike riders.

Researchers for the study, part of a series focusing on health and climate change ahead of this month’s study in Copenhagen, sought to estimate the effects on health in London and Delhi for the years up to 2030 comparing a “business as usual” projection (meaning no policies in place for controlling greenhouse gases for each city) with several different scenarios.

The latter comprised one focusing on increased use of lower-carbon-emission vehicles, one based on active travel – cycling and walking – and one that combined the two. They then built models linking those scenarios to other factors such as risk of injury in road accidents, levels of physical activity, and air pollution.

The conclusion was that combining cycling and walking and a move towards more eco-friendly vehicles would provide the greatest health benefits in both cities, saying: "In London more active travel would bring substantial health gains. Heart disease and stroke could fall by 10-20%, with reductions in breast cancer (12-13%) dementia (8%) and depression (5%).”

They added that policymakers should promote “the acceptability, appeal, and safety of active urban travel, and discourage travel in private motor vehicles would provide larger health benefits than would policies that focus solely on lower-emission motor vehicles.”

The active travel scenario was based on a number of assumptions including – and this is a big one – that levels of cycling in London would increase to those currently enjoyed “in some cities in continental Europe (eg, Copenhagen [Denmark], Delft [Netherlands], Amsterdam [Netherlands], Freiburg [Germany]),” with an assumed eight-fold increase in distance cycled.

In order to achieve that, argue the researchers, “creation of safe urban environments for mass active travel will require prioritisation of the needs of pedestrians and cyclists over those of motorists. Walking or cycling should become the most direct, convenient, and pleasant option for most urban trips,” adding that “the reallocation of space to provide a high-quality streetscape that is designed to meet the needs of pedestrians and cyclists is of particular importance."

With the number of people taking to their bikes continuing to rise in London and elsewhere in the UK, it may be that the impetus for that will come from cyclists themselves and that politicians will be forced to react.

That’s the view of Health Secretary Andrew Burnham, who in an interview to be published in the next issue of London Cycling Campaign’s London Cyclist magazine, says: “The number of cyclists on the road means that soon a re-think is going to be necessary about the layout of roads and the priority given to cyclists. That is almost being forced by the levels of cycling."

You can read the full study published in The Lancet here – it can also be downloaded as a PDF file – although registration is required.