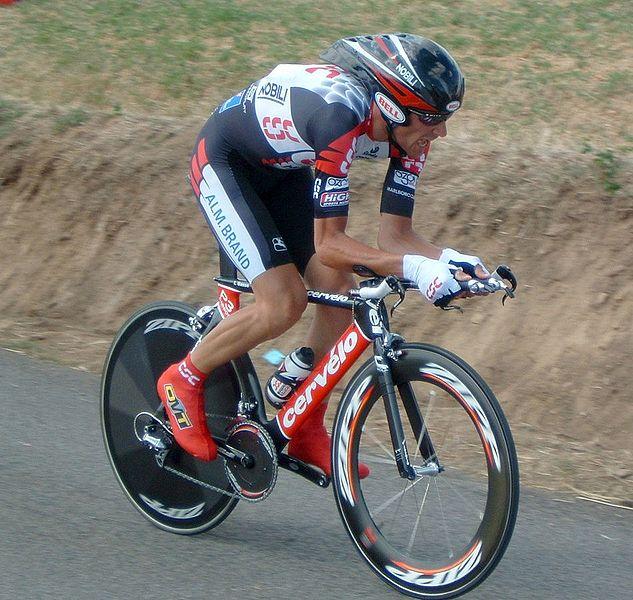 Ivan Basso will return to the Tour de France next year after a four-year absence and will lead the Liquigas team when the race gets under way in Rotterdam next July, according to Italian daily La Gazzettta dello Sport.

The 32-year-old finished third in the 2004 edition of the race and went one better the following year, but was excluded the following year for his alleged links to Operacion Puerto. He subsequently received a two-year ban from the Italian authorities, and returned to racing this year.

The newspaper says that Basso is also targeting the Giro d’Italia, which he won in 2006. In that race, he will share team leadership duties with Franco Pellizotti, who finished third this year behind winner Denis Menchov and Danilo Di Luca, the latter subsequently disqualified for doping.

And it reports that the decision to place Basso at the head of the quad will not please young Italian rider Vincenzo Nibali, who misses the Giro and will play a secondary role at the Tour. Meanwhile, Daniele Bennati will race the Giro and the Vuelta, as he targets World Championship success in Melbourne at the end of the season.

Success in the 2010 season is seen as crucial for the team, currently the only one from Italy that has had its ProTour status confirmed for the year after the UCI said last week that Lampre-Farnese Vini had failed to meet the registration criteria.

Speaking to the Gazzetta, Paolo Dal Lago, President of Liquigas Sport, said: “This season will decide our future in cycling. It’s not important to win, but how we win.” He added, “We feel a responsibility,” saying that without Liqugas, the Italian cycling landscape would be left stripped bare, insisting: “We’ll do all we can to stay there.”

Whether that hoped-for success materialises or not, Dal Lago may face a fight to keep Basso come the end of the season. As reported on road.cc last month, reigning Tour de France rider Alberto Contador has said that he would like to ride alongside the Italian at Team Astana in 2011.