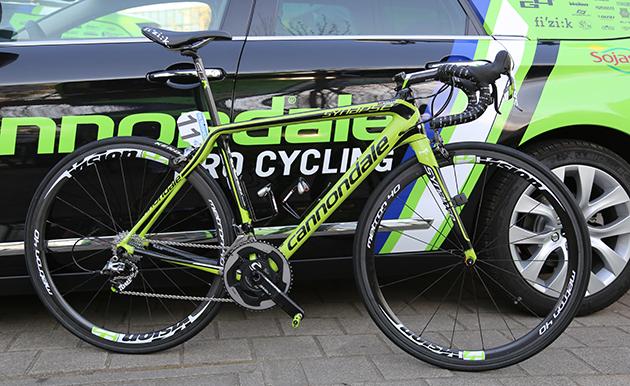 This week's slice of cycling life features a dream pavé machine, a white van man getting his for video road rage assault, the Canadian woman suing the family of a cyclist she killed and more.....
by Sarah Barth

Join us to mull over this week's slice of cycling life as we catch up on all the events of the week, from a Houston cyclist taking the law in his own hands, a wbite van man getting his comeuppance for a road rage assault, Peter Sagan’s pavé machine and more... 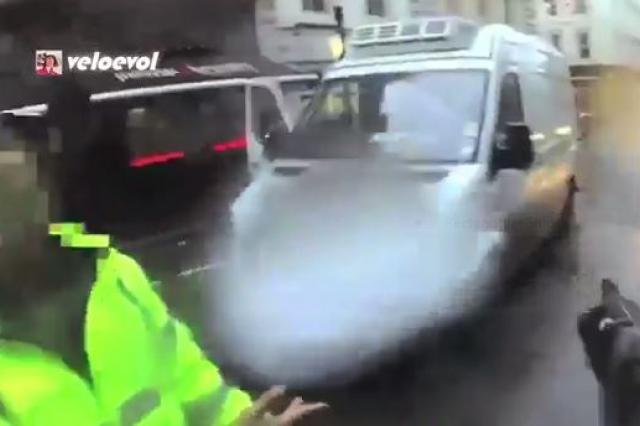 On Sunday we brought you news that a white van driver in London had what a cyclist who posted helmet camera footage of a road rage incident to YouTube described as “a bad day” after losing his job and being convicted of assault following a trial.

The video of the incident, which took place in Bedford Street, Covent Garden, was posted to tthe road.cc forum, by Evo Lucas.

The driver beeps his horn as he attempts to overtake the rider, then stops his van and gets out, accusing the cyclist of hitting his van and and appearing to headbutt him. Several passers-by come over to try and calm the driver down:

The driver changed his plea to guilty on viewing the evidence, and subsequently lost his job. Some might say he got exactly what he deserved... There was shiny new tech for you on Monday as we brought you Peter Sagan’s Cannondale’s Synapse, first introduced this time last year, at both Tour of Flanders and Paris-Roubaix. It’s at these cobbled Classics that we often see special bikes prepared just for the rigours of racing over pavé, and the Synapse was designed expressly for such roads.

For the rest of the season Peter Sagan and the Cannondale Pro Racing team will ride the SuperSix Evo, one of the lightest bikes in the peloton, but for races like the Hell of the North there are more important concerns than weight. One of the biggest issues is that of tyre clearance, a frame and fork that is able to accommodate tyres up to 27mm and often even 30mm is pivotal. The wider tyres, run at lower pressures, provide much needed impact absorption over the cobbles.

In this regard the Synapse will easily take 28mm tyres; Sagan rode a pair of 25mm wide tyres from tyre sponsor Kenda for Tour of Flanders, where this bike was photographed.

For more pics, click the link in the headline above.

Man with a flag, a pole, and a helmet cam sets out to preserve his personal space On Tuesday we brought you videos from a Houston, Texas rider who, armed with a pole and a flag, has taken to YouTube to highlight the frequency with which drivers disregard the state’s passing law, which requires motorists to give a cyclist a three-foot gap when overtaking.

As you might imagine, some car-loving Texans are none too pleased at having to give a cyclist more space than needed to avoid skimming his forearm hairs, no matter what the law says.

“I don't think they understand the law and there's a lot of driver entitlement that goes on in Houston,” Dan Morgan said. “Drivers will roll the window down and start cussing me out so I tend to fight fire with fire.” 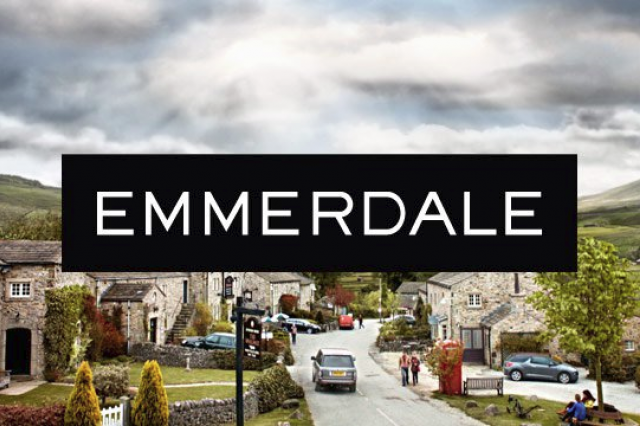 This week, A casting agent who launched an appeal to find cyclist extras to appear in special Tour de France-themed episodes of Yorkshire-set ITV soap Emmerdale told road.cc that she has been inundated with enquiries for hopefuls - and is pleading for people to STOP sending in applications.

On Wednesday, we reported how a Bradford-based casting agency and artiste management firm was looking to find some cycling extras for filming of the episodes of the long-running progamme.

The main requirement was that applicants should be “an experienced and keen looking cyclist with a good road bike, usual Lycra and equipment.”

The agency added, “basically if you look like you wouldn’t be out of place at the Tour de France, I could book you in for some days filming at the Emmerdale village in Harewood.” Idiot of the week award went to the thief who phoned up the owner of the e-bike he’d just stolen - for help recharging it.

Ben Jaconelli (above), the owner of a £2,500 GoCycle electric bike, happens to own e-bike online retailer Fullycharged.com and recently opened a shop in London.

He’s also the authorised GoCycle dealer for the area, making him a rather obvious – if poorly-thought-out – point of contact for the person who had taken his bike once it ran out of power.

“He asked for a charger for a Go Cycle and I knew straight away it had to be the thief,” he said.

“I took down as many details for him as possible and then set about tracking him down.

“One of the guys at our warehouse has an old army truck so we piled in to that and turned up at his house.

“He was out, but his bemused mother was in and she got straight on the phone to her son to demand to know why he wanted an electric bike charger.

“A minute later he called me and asked why I was at his house and I said ‘you stole my bike.’

“He hung up and 20 minutes later the bike arrived at the warehouse in a taxi.”

On Friday, Giant Shimano sprinter Marcel Kittel, who won four stages at last year’s Tour de France, said he expected the opening two days of this year’s race to be “very dangerous” for the peloton.

The German was in Yorkshire with his team earlier this week to reconnoitre some of the route of Stages 1 and 2 which run, respectively, from Leeds to Harrogate and from York to Sheffield.

After one of his rides he told the BBC: "I think the roads are in some parts very dangerous for a peloton of the Tour de France.

"On the descents when you ride through the more lonely roads in the middle of nowhere they are very narrow and very small with stone walls on both sides, so [when] a very nervous Tour de France peloton fighting for the yellow jersey passes by there can be a very dangerous situation."

Not long before we can watch those battles for ourselves this summer! 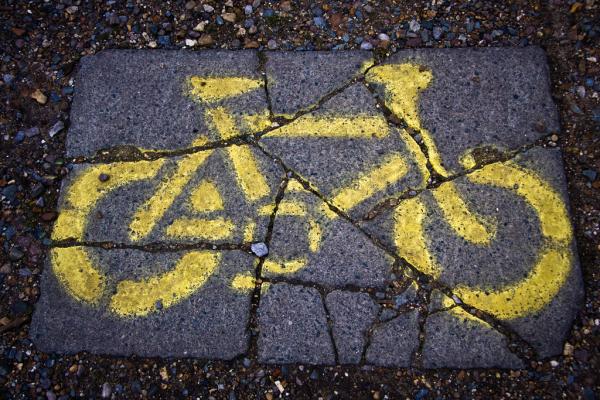 And we finished the week with the news that a woman in Canada who killed a teenage cyclist when she ran into him and two of his friends while driving her sports utility vehicle (SUV) is suing his family for more than C$1 million in damages – claiming that “her enjoyment of life has been and will be lessened.”

A local newsapper reports that the lawsuit alleges that due to the incident in which 17-year-old Brandon Majeski was killed in October 2012, Sharlene Simon “has sustained and will sustain great pain and suffering,” including “a severe shock to her system.”

The teenagers were riding three abreast on a rural road as they returned home from a coffee shop at 1.30 in the morning of 28 October when Simons’ Kia Sorrento SUV struck all three from behind.

The impact threw Brandon over the roof of the vehicle and despite the efforts of paramedics at the scene, he died approximately two hours later in hospital.

Of his friends, Jake escaped serious injury, but Richard spent a number of weeks in a hospital in Toronto as a result of the injuries he sustained.

An investigation by the South Simcoe Police Service held that the cyclists’ “lack of visibility… was the largest contributing factor,” and that “the driver of the Kia did not see the cyclists on the roadway and was unable to make an evasive reaction.”

Derek Majewski, the victim’s father, said: “My dead son and the boys are being sued by the woman that killed him because she is distraught.

“Normally, I would not react like this, but I think it’s very cruel,” he added.

The family was struck by a second tragedy when Brandon’s elder brother Devon, who had been hit hard by his sibling’s death, died in his sleep as a result of alcohol and pharmaceuticals.