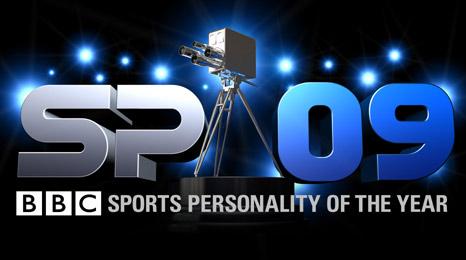 It’s getting towards that time of the year again when Britain’s sports stars gather before the TV cameras to celebrate the nation’s sporting highs and lows over the preceding 12 months.

Last December, of course, the country’s cycling community celebrated as Team GB’s Beijing success saw it rewarded with the team of the year trophy, with Dave Brailsford picking up the coach of the year award and a pre-knighthood Mr Chris Hoy winning the individual crown.

This year, there had been hopes that at least two cyclists would make the ten-strong shortlist, following Mark Cavendish’s phenomenal sprint performances this season and Bradley Wiggins’ emergence as a Grand Tour contender at the Tour de France. World Champion track sprinter Victoria Pendleton had also been touted as an outside bet to make the shortlist.

As it happens, and despite a teaser ‘making of’ video that the BBC posted online this morning showing Cav and Wiggo being filmed for underneath the Dinorwig hydro-electric power station in Snowdonia for a segment to be shown as part of the gala event on 13 December, only the Manx Missile figures on a shortlist that encompasses a whole host of sports.

That at least means that cycling fans won’t be faced with the same dilemma they had last year, when no fewer than four Beijing gold medal winners made the shortlist, with Hoy joined by Rebecca Romero, Wiggins and Nicole Cooke, the Scot’s winning vote presumably swelled by a few hundred thousand of his compatriots.

Cavendish's nomination caps an incredible year in which highlights included a stunning sprint victory in Milan-San Remo and six Tour de France stage wins. The Manxman will be looking to become only the third cyclist to win the coveted accolade, which before Hoy was won by the late Tom Simpson back in 1965.

You can watch the Cavendish and Wiggins double-act video here, and BBC has also issued a short film in which British Cycling Performance Director Dave Brailsford looks back at a topsy-turvy year for the sport following its Olympic success.

This Wednesday evening, BBC One airs a programme at 9.45pm previewing all this year’s contenders, and the full shortlist, featuring several world champions alongside other leading names, is as follows:

It's a fascinating list, encompassing as it does nine different sports in what is, after all, a non-Olympic year, and in teenage diving sensation Tom Daley and comparative veteran gymnast Beth Tweddle acknowledges world championship success for two athletes at opposite ends of their careers.

Ryan Giggs, one feels, is there for sentimental reasons, while Andrew Strauss represents England's cricketers' Ashes success, and may have to be content with sharing the team award. Phillips Idowu and Jessica Ennis are rewarded for their world championship athletics success in respectively the triple jump and heptathlon.

With respect to world heavyweight champion David Haye, few outside boxing circles knew his name just a month ago, while Andy Murray, like Tim Henman before him, is now a regular fixture on the shortlist, despite that coveted Grand Slam title continuing to elude him.

Which leaves Cavendish and Button. According to the bookies, the F1 world champion is an odds-on certainty, and admittedly it's hard to see another winner - unlike some past holders of the award, he at least fills the "personality" criterion in spades, and the Brawn backstory is a fascinating one, given that the team formed from the ashes of the old Honda outfit didn't exist a year ago.

If anyone knows how to time a late run to perfection, though, it's Cavendish, and if the nation's cycling community gets behind him, then who knows? With Coral currently quoting him at 80/1, it might even be worth putting a couple of quid on him to win his final victory of 2009.