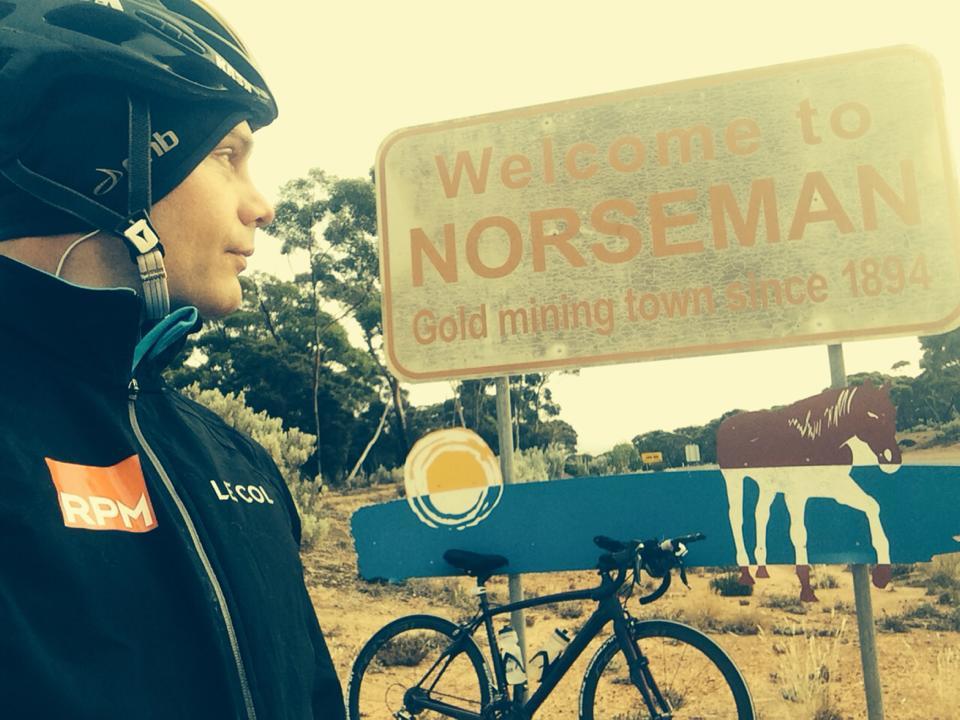 Round the world racer Lee Fancourt hammers on despite disqualification

The rules of round the world bike racing and the Guinness World Record qualifications are unforgiving, as World Cycle Race competitor Lee Fancourt has found out. The 36-year-old was disqualified after failing to return to the point in India where he took a taxi in order to help out his support crew, while on schedule to break the record by weeks.

But the ultra-determined rider from Gloucester is carrying on despite having no chance of getting the official record.

On his Facebook page, Fancourt said: “I was disqualified for not leaving my support drivers without food/water for 24 hours in India. As I had no other choice than to get in a taxi & ensure their welfare, I've been disqualified. Makes no difference to me though, I'm still going to be the fastest person in history to cycle the world.”

World Cycle race organisers expressed regret at losing Fancourt from the event. He had made it very clear before the event that he was aiming not to just break the record but to smash it out of the park.

“We agree with many comments already posted online that the race will be poorer without Lee,” they said in a statement. “However, as organisers we have to implement the rules consistently out of fairness to the other riders and for the integrity of the World Cycle Race now and in the future.”

The official record currently stands at 125 days, set by Alan Bate in 2010. Mike Hall’s 2012 World Cycle Race circumnavigation has not been ratified by Guinness. Hall chose not to submit his ride because Guinness changed the rules after he finished.

Then and now, record and race rules only permit riders to use “scheduled public transport, such as buses, aircraft, ferries etc” to cross oceans or other impassable barriers.

Travel by taxi is specifically forbidden unless the rider then returns to the point where he or she was picked up and then carries on. “If riders take a break from the race and travel forward in a prohibited form of transport they have to backtrack and cycle that distance starting from exactly the same place,” said race organisers.

They added: "Lee travelled in a private taxi for approximately 130km on his way to Kolkata airport in India last week. He was in a difficult situation which he described on his Facebook page. His motives for doing so are not in question and we do not believe he was seeking any advantage."

Fancourt is unfazed by the setback, apparently taking the view that he’ll be the moral victor even if he hasn’t met the letter of the record requirements.

He said: “I told everyone who would listen before I left that I was going to be the fastest person ever to cycle around the world and that still stands. I will be back in Greenwich within 90 days, thus smashing all riders’ times before me.

“Being WCR champion is only a label. It doesn't matter in reality. What matters is me achieving my goal.”

Fancourt is currently in Australia, after passing through France, Monaco, Italy, Serbia, Albania, Montenegro, Bulgaria, Greece, Moldova, Russia, Ukraine, India, Vietnam and Thailand. He has averaged over 225 miles per day, a pace that would have easily landed him the record had he backtracked after his Indian taxi ride.