FFWD have updated their F4R-C carbon/alloy clincher wheels for 2014 with a new 45mm deep and 21mm wide rim incorporating their Double Arc (Darc™) technology, previously only used on the deeper section wheels in their range.

The Dutch wheel company introduced a tubular version of this new 21mm wide rim last year, and have now followed up with a carbon/alloy clincher version. Gradually the entire range of FFWD wheels will move to this new wider rim profile, a trend that is moving through the wheel market. 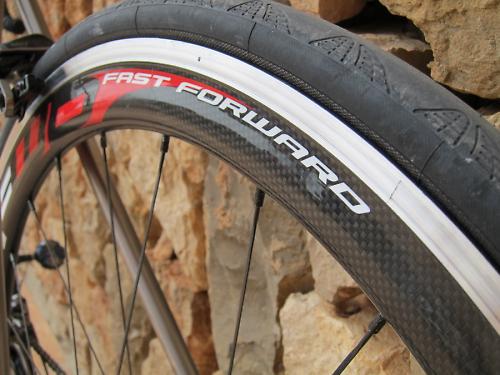 Increasing the rim depth from 38mm of the previous wheelset to 45mm has allowed FFWD to utilise their Darc technology. Darc you say? First introduced on 60 and 90mm rims back in 2009, this is the company's unique rim profile that aims to produce a faster wheel.

The side of the rim has a negative arc shape, the profile curving in at the middle and bulging out near the spokes. FFWD reckons this increases the air pressure closer to the spokes and results in faster airflow and less resistance. That's the theory anyway, but as with most manufacturer claims it's tricky to verify really without wind tunnel validation or some comparative testing with a power meter. 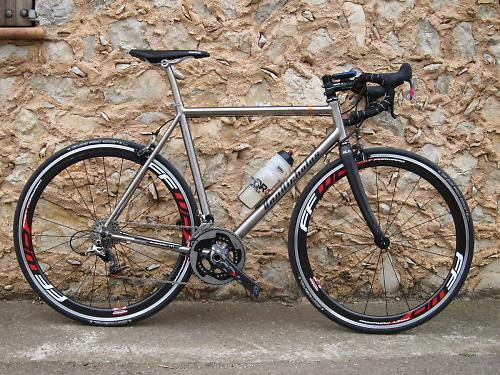 I've been riding the new wheels for the past couple of days in Majorca. I should point out now that I've been riding unfamiliar bikes on roads that are far smoother (generally) than any of the roads in the Cotswolds, and I haven't logged nearly enough mileage to really get under the skin of the wheels if you know what I mean - which I'm sure you do. We'll get these wheels in for a longer term test soon for a full in-depth review. But in the meantime here are my initial impressions

As if being in Majorca wasn't enough I've had at my disposal both a Van Nicholas Chinook and Koga's new Khimera aero bike (first rides on both bikes soon), providing two contrasting frame materials to get a feel for the wheel's performance. On both bikes, it's clear the F4R-C's certainly provide a good impression of speed. Acceleration is sharp, they feel taut when throwing them through sweeping bends and tight hairpins, and they're excellent in the wind.

The weather has been quite mixed here this week, providing plenty of opportunity to see how the wheels handle strong wind from a full range of directions. Deep section wheels in such conditions can be a handful, proving erratic and nervous, which isn't really that much fun. The F4R-Cs though have shown very good stability and balance in the strong winds that have been whipping across the island, and also at a range of speeds, including some 70kph descents. At 1,680g the wheels are a competitive weight, built up with 20/24 Sapim CX-Ray spokes, brass nipples and 'FFWD hub by DT Swiss' hubs.  They're not much heavier than the Mavic Cosmic Carbon 40 or Dymag wheel reviewed recently. Yet you get the braking reliability of a regular alloy brake track. That's a bonus on mountain descents with lots of tight corners, and in the rain too.

Riding the wheels on two very different bikes, one made from titanium and the other a carbon aero design, showed that the wheels are comfortable and have a pleasant ride character, especially on the less smooth roads - such as the one to Cap de Formentor. 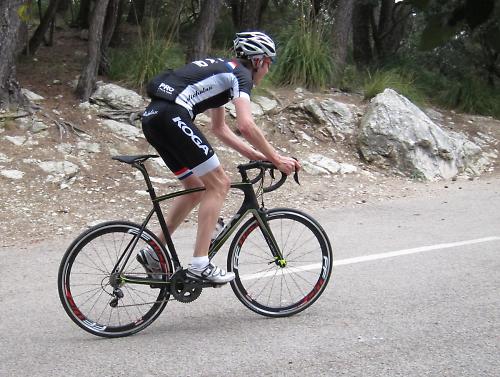 The F4R-Cs are available now and cost £1,066. We'll have more on these new wheels soon. More info at www.paligap.cc and www.ffwdwheels.com