Fast Forward wheels are fairly new players in the wheel scene: the company was founded in 2006 by Henk Schipper, an ex product manager at SRAM. FFWD only do wheels (and associated bits and bobs) and they're gaining a reputation for well-considered, carefully built hoops: their 2010 line up has a bit of something for everyone. Well, everyone that wants a mid to high end road wheelset anyway.

New for this year is a new aero profile on the deep section F6R and F9R wheelsets – Double Arc (Darc™) technology, they call it – which features an indented section creating a negative arc and then a positive one as you move towards the spokes. Why? Well, “air tends to stick to a surface”, say the FFWD boffins. 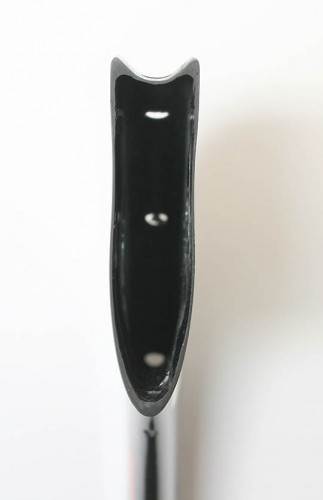 “By creating a negative arc section the air will be compressed more at the positive section. This will increase the pressure just like on the topside of an airfoil. Increased pressure results in a faster airflow and less resistance on the wheel, giving you more speed at the same effort. And that’s what it’s all about with high speed wheels”. So now you know. There's some natty graphs on the FFWD website which show you why they think air resistance, as opposed to overall weight, is the big deal for most types of competitive riding and we're certainly seeing more semi-deep wheels – and aero frames of course – cropping up on flatter races. 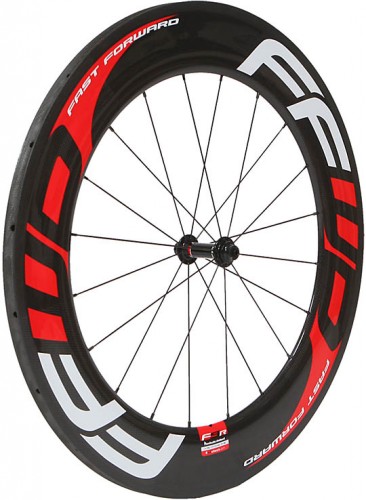 Also on the menu this year is a sub-1kg tubular wheelset, the F2R-190, which allies FFWD's own 20mm full Carbon rim with DT190 ceramic hubs to give a wheelset that'll be on every climber's wish list. Anyone that classes themself as a climber is likely to be under 80kg anyway, but Clydesdale-class mountain goats will have to look elsewhere, as 80kg is the limit for the F2Rs.

All FFWD rims are made from high tensile, unidirectional TC35 carbon with a 3K woven vanity layer and a high-modulus reinforcement strip for the spoke bed. The wheels are built by hand in Holland by a crack team of master wheelbuilders and you get wheel bags, QR skewers, valve extensions, brake pads (for tubular rims) and rim tape (for clincher rims) thrown in.

The focus at FFWD is on serviceability as well as performance, and refreshingly, in a market where proprietary spoke designs and hidden spoke nipples are commonplace, all FFWD wheels (except the superlight F2R-190) have sturdy, easy to use, standard brass nipples. The spoke nipples are in the traditional spot on the outside of the rim, and the wheels are built up with DT Aerolite or Sapim CX Ray spokes. FFWD aren't afraid of adding a bit of weight in the cause of durability either: the weave layer and clear coat on the rims bump up the weight a touch, as does the use of brass nipples, but you're left with a wheel that's easy to service and rebuild. 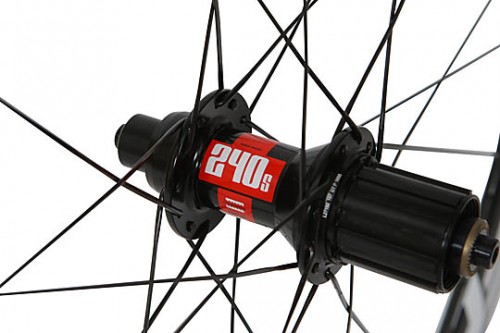 There are three hub options for most rims; FFWD's own hub is a high-end unit with easy serviceable bearings a replaceable body. Besides that there are two DT hub versions, the DT240s and the DT190 with ceramic bearings.

F5R
Aero wheelset with 50mm deep carbon rims and the emphasis on a good balance between acceleration and top-end speed. It's also available as a track wheel.

F9R
90mm rims with Darc™ technology for a better airflow for triathlon and time trials as well as races where maintaining speed is key. There's a track-specific version of the F9R as well.

F6R-c
The F6R-c also comes with a Darc™ profile on the 58mm deep carbon clincher rims, and there's an Aluminium brake bed

F4C / F4C-c / F5C / F6C-c
Four extra spokes in both wheels means better reliability for riders weighing 90-95kg or more. The additional spokes provide more rigidity and stiffness and could “in some cases” be used for cyclocross as well, say Ffwd, though we're not sure which cases...

FFWD DISC
FFWD Disc wheels “offer the best in aerodynamics and lateral rigidity”, say the makers. In triathlon and time trials the disc wheel is designed to be used used in combination with one of the FFWD's front wheels – F5R, F6R or F9R – depending on the wind conditions. The FFWD disc is available in tubular or clincher version. It is also possible to get the disc with a built in PowerTap hub, and there's a track-specific version too.

THREE
The three spoke wheel from FFWD is in tubular only and intended for time trial and triathlon use.

FIVE-T
The FFWD five spoke track wheel uses NACA designed spokes for better airflow and excellent aerodynamics. This super stiff front wheel is track-specific and designed to be used in combination with a disc wheel. The FIVE-T has 80mm blades, is a tubular only and comes standard with ceramic bearings.