A brand new performance bike in a Shimano 105 and Fulcrum Racing 7 build for £1,900
by Mat Brett

The carbon fibre TF4 is a brand new addition to the Fondriest range, our model coming in a largely Shimano 105 build at £1,900.

If you’re not familiar with Fondriest, it’s an Italian brand founded by Maurizio Fondriest, a former pro racer who won the World Champs, the UCI Road World Cup, Milan-San Remo, La Flèche Wallonne, a Giro stage… a whole lot of top-level events. You might even have seen him win the Tour of Britain way back in 1994. 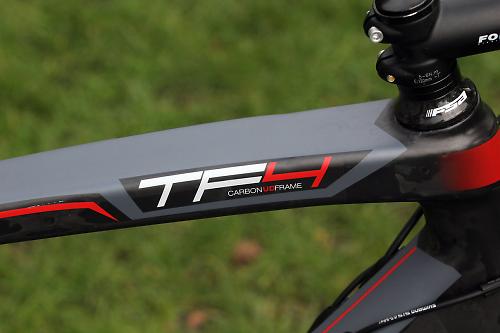 The brand specialises in performance bikes – bikes to ride fast, basically. The TF4 is the new model in the lineup, the frame being made from 24-Ton Toray carbon fibre (whereas the TF3 is made from 50 Ton, the TF2 from 56 Ton, the TF1 from 40 Ton, and the TFZero from 42 Ton). The last Fondriest we reviewed here on road.cc was the top-end TFZero which Stu absolutely loved. He said, “It’s a bold statement but I reckon the TFZero is the current benchmark for top end carbon race frames.” Told you he loved it. The TF4 has a lot to live up to, then. It’s a distinctive looking frame with a sloping, slightly curving top tube that’s very square in profile. The large down tube is square-section too, as are the meaty-looking chainstays. 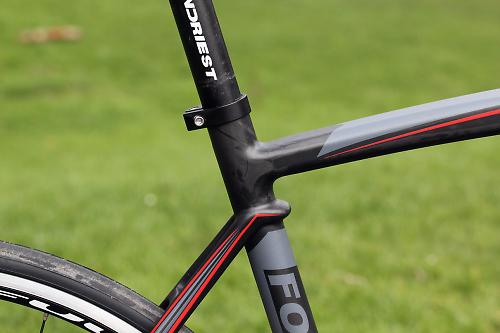 The seatstays are much slimmer, wrapping around the seat tube where they meet it well below the top tube junction. That’s purely a visual thing rather than an engineering-inspired feature. Fondriest give a frame weight of 990g for a medium sized frame. That’s light. It’s not in the same league as the TFZero – with a claimed weight of just 798g – but that’s a much more expensive bike. The curve-legged Reflex fork is 395g and our complete bike, in a size medium, hit the road.cc Scales of Truth at 8.4kg (18.5lb). 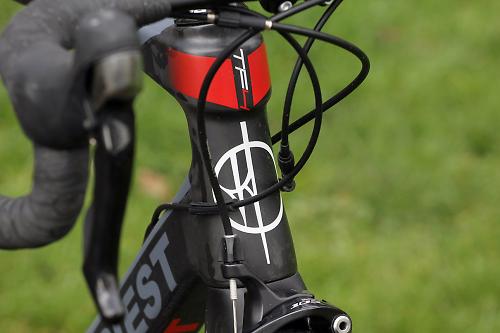 The TF4 comes in an aggressive geometry, as you’d expect of a racy bike like this. The medium model that we have has a 54.5cm effective top tube, a 14.5cm head tube, and 73/73.5° frame angles. The stack (the vertical distance between the bottom bracket and the top of the head tube) is 545mm and the reach (the horizontal distance between those same points) is 388mm. Fondriest have gone with direct mount brakes where the arms bolt straight onto the bike rather than using a central mounting bolt, the idea being that there’s a little less flex in the system and a little more power. The front brake is attached in the usual position at the top of the fork while the rear one is hidden away behind the bottom bracket. Fondriest still use a brake bridge between the seatstays, though, if you can call it that when it doesn’t actually accommodate a brake. 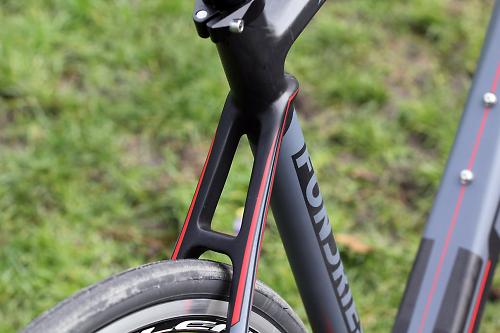 The TF4 has internal cable routing and it's compatible with both mechanical and electronic groupsets. Our review bike was built up with Shimano’s mid-level 105 groupset, including a compact chainset. Oh, and before anyone blames us or Fondriest for that rusty chain, we’ll just point out that this bike came to us direct from another media outlet, and we'll leave it there. The wheels are Fulcrum Racing 7s with Michelin Lithion 2 tyres while the handlebar, stem and seatpost are all Fondriest’s own aluminium options. 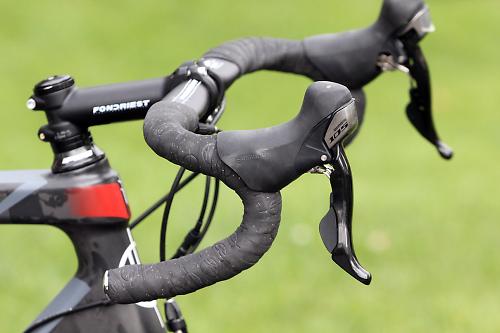 That bar is actually an interesting shape; it’s compact with flattened tops and pretty straight drops. We’ll be interested to see how Stu – for it is he – gets along with the design. 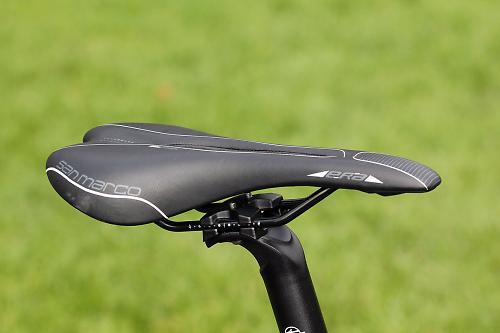 Completing the package is a San Marco Era Dynamic saddle. The complete bike in this build is priced at £1,900.

The TF4 is available in another 105 mix group with a Tektro brakeset, a non-series Shimano chainset, and Ambrosio rims on Shimano hubs. That version is £1,800.

You can also buy the frameset – the frame, fork, headset and Tektro direct mount brakes for £1,299.

Stu has already got the miles in on this one so standby for our complete review shortly.

For more info go to www.fondriestbici.com or visit the UK distributor at www.impactct.co.uk.