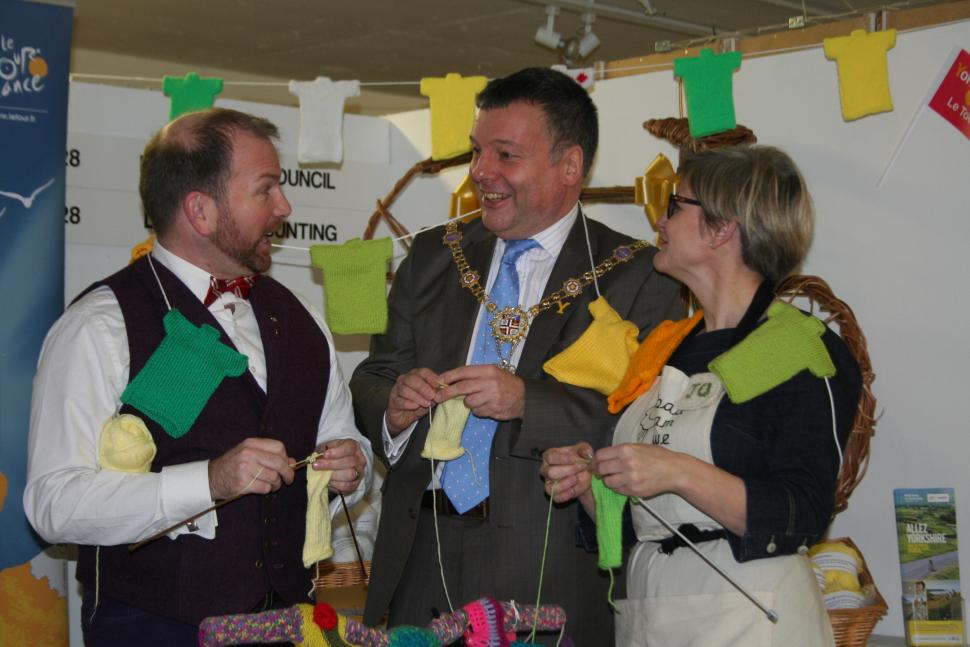 Councillors in Harrogate have debated making the town a more cycle-friendly environment, but clashed over whether enough had been done to achieve it already.

Lib Dem representatives urged the authority to spend £50,000 on a feasibility study into creating a cycling town, while the Conservative contingent say plenty has been done already.

Conservative Richard Cooper said spending money on a study would only divert resources from projects that needed completing.

According to the Harrogate Advertiser, he said: “If we spend thousands on reports we cannot afford projects like resurfacing the Beryl Burton Cycleway,” after the Lib Dem councillor Helen Flynn proposed ambitious plans for Harrogate.

She told the council: “I have been working with the Sustrans ofﬁce in Leeds to see how we can progress plans for making Harrogate into a cycle town and link it to Knaresborough.

“Government has been making funding available through different schemes for cycling initiatives for some time. But those authorities without a full feasibility plan for projects are always left at the bottom of the queue when it comes to funding allocation.

“If we are serious about wanting to become a proper cycle town, then we have to put our money where our mouth is and invest in a feasibility plan. It’s the vital ﬁrst step.”

Councillor Cooper said: “I am not sure what to make of Councillor Flynn’s comments bearing in mind the enormous amount of investment we have seen in cycling over the last few years.

“Just look at what has been delivered – the Nidderdale Greenway opened after years of campaigning, the Beryl Burton Cycleway from Starbeck to Knaresborough resurfaced, a new Showground Greenway being constructed and new cycle storage facilities all around the town centre.

He added: “Since 2002 we have spent around £3.8m on cycling including formulating a Harrogate and Knaresborough Cycle Plan.

Dave Prince of the Cycle Harrogate group, behind the resurfacing of the Beryl Burton cycleway last year, said: “Harrogate as a bike town would be somewhere my eight-year-old son could ride around on his bike with me and the rest of the family. There are places where this can happen currently but after you have ridden to Ripley and down the Beryl Burton there aren’t that many others.

“Currently if he wants to ride on any of Harrogate’s main roads his dad would just laugh at him and tell him to keep watching the telly.”

Sustrans Yorkshire’s regional director David Hall said “Grants become very much easier to access when it can be seen that we have considered how the grant would be spent and its impact. Grant givers want to know what will happen and its importance. A survey is critical, everything starts with an assessment of what needs doing and if there is a lot of public support.

One reader commented online: “The comments from Conservative Councillor Richard Cooper are complacent and misleading.

“Resurfacing the Beryl Burton was a bare minimum, and North Yorks CC did it with extreme reluctance, being pushed into it by CycleHarrogate amongst others.  “The Nidderdale Greenway is good, and I hope the Yorkshire Showground Greenway will be as well. But two isolated pieces of infrastructure do not make Harrogate a cycling town - obviously. In the Netherlands, people use their bikes because they know they can get everywhere on them.

It's not the same saying to people, 'it'll be safe provided you want to go from point A to point B by route C, but nowhere else.

' "The Harrogate & Knaresborough Cycling Plan is pretty rubbish. It identifies routes as cycling routes which are not at all cycle-friendly - for example, Forest Moor Rd, which is narrow, has not cycle path, and you can guarantee a large number of drivers will squeeze past you way too close.

“It's outrageous of the councillor to claim that resurfacing roads is a cycling measure. Harrogate councillors shouldn't be taking credit for winning the Tour de France, when they had nothing to do with it.”

Last month we reported how the council had campaigned for people around the world to knit tiny woollen jerseys to use as bunting around the town when the Tour de France comes to visit.

We reported how the council and a local knitting shop had come up with the plan - which has since gone viral worldwide.

The council has recieved 3,000 tiny knited jerseys in traditional colours, made by volunteers, and have been inundated with nearly 8,000 pledges - from as far afield as Austria, Bermuda, Canada, France, the Channel Islands, the Netherlands and Switzerland.