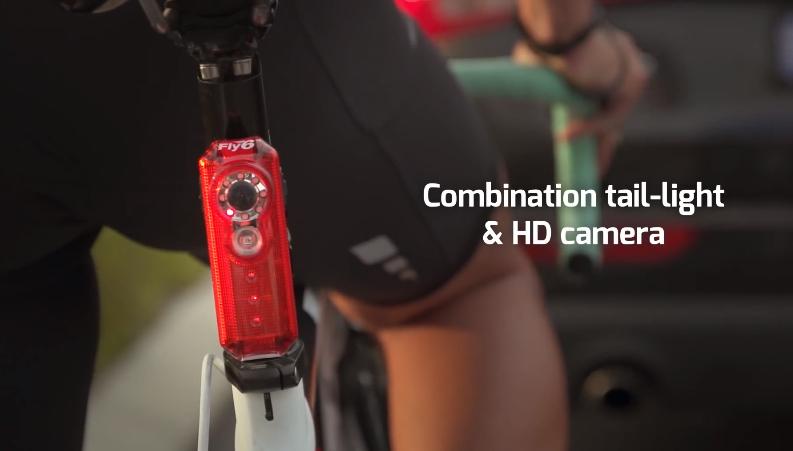 New Australian company Fly Lites is looking for AU$95,000 (just over £50,000) to fund an idea it hopes will be a “game changer”: a combined rear light and video camera, dubbed Fly6.

“As motorists become aware they could be recorded, they behave appropriately just as they do when they see traffic or speed cameras are ahead,” says Fly Lites CEO, Andrew Hagen.

But traditional action cameras aren’t cheap, and cyclists have tended to point them forward where they are effective in recording confrontations with motorists, but not always as useful for gathering evidence against a driver who does something stupid and then drives away.

In the accompanying video, Fly6 co-creator Kingsley Fiegert tells how he was shot with a slingshot by a car passenger. In considerable pain and struggling to stay on his bike, he didn’t get the car’s number plate.

Kingsley and Andrew’s answer is a rear-facing camera built into a bright rear LED light with a retail price of AU$169 (£92).

Andrew explains that he thinks the functions and low price are what make it a “game changer”.

He says: “[It’s] a device that cyclists of all persuasions, can afford to buy at $169(AUD) as well as it appearing as if just a tail-light. Making it easy to use, intuitive (given it is already a tail-light), affordable and cyclist friendly (long battery life & protected from the elements by nano-technology) it will be widely taken up. This wide spread use will soon find motorists being held to task for altercations with cyclists.

“Media will love the video footage of incidents and run stories which will lead to more motorists becoming aware they are likely to be recorded by cyclists. They will behave accordingly, giving more space & respect to the cyclist on the road when they know they are being recorded.”

Features of the Fly6 include:

Over on Kickstarter, you can reserve a Fly6 by pledging AU$119 plus $15 for shipping outside Australia.

Here’s what Kingsley and Andrew have to say about it:

We think this is the first rear-facing camdera to be combined with a rear light, but Cerevellum Hindsight provides a rear view from the handlebars as well as recording whjat's happening.