This week's slice of cycling life features Top Gear in the granny gear, Trek bikes designed by you, and performance enhancing drugs you can breathe.....
by Sarah Barth

Welcome to our roundup of the week's cycling news on road.cc, where we reprise some of the stories that you loved (or loved to hate) the most over the past seven days. Click on any headline to read the story in full and join in our reader debates in the comments section. 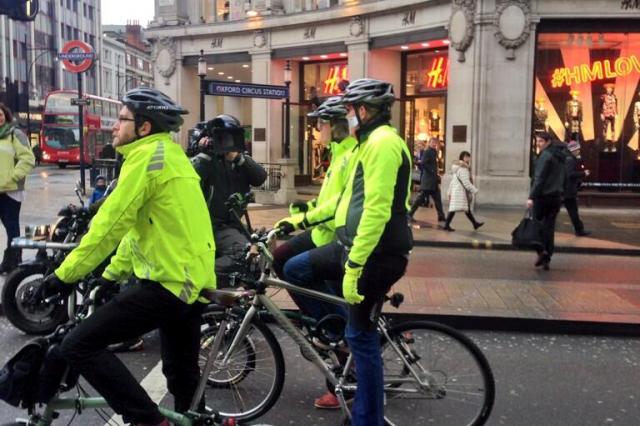 Sunday’s controversy wasn’t news to lots of you readers, who’d spotted with their own eagle eyes Jeremy Clarkson and his Top Gear co-star James May pootling about London on bikes and wearing hi-viz so new they hadn’t quite managed to take the tags off.

It was just weeks since that infamous ding-dong with a cyclist he accused on Twitter of ‘point-making’ for taking a safe position in the road, but Clarkson was out and about on two wheels in the name of work.

The pair were being filmed for the new series of the BBC show Top Gear, followed by a camera crew on a motorbike as they made their way around the West End. This nasty bit of behaviour that’s got you all riled up over the last few weeks took a turn for the worse on Monday, when police announced they were taking no action against a moped driver who seemingly attempted to kick a man off his bicycle - and was filmed in the act.

The incident happened on the New Kent Road on the evening of 16 January as Chi Yong La rode home to Greenwich from his job in the West End with publisher Conde Nast.

Riding away from the kerb to avoid potholes, drain grilles and manhole covers, he exchanged words with a man on a moped who was undertaking him to his left.

As the man sped away, he aimed a kick at Chi's front wheel, leaving the cyclist struggling to maintain balance on the busy road.

Despite helmet cam footage of the entire incident, the police response was:

“In view of the lack of independent witnesses to support your claim, we are unable to initiate proceedings on this occasion. However, the registered owner/keeper of the vehicle has been notified of your allegation and a record of the incident will be kept within this office.” 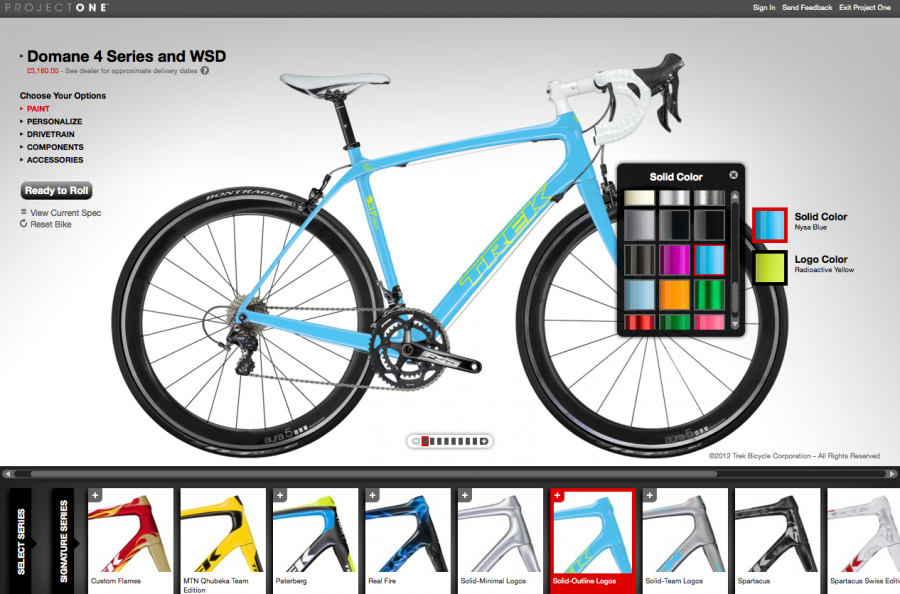 On Tuesday we published our shortlist of 25 Trek bicycles - designed by you and selected by us - with the voting opening later this week so you can help choose the winning design - which will be made up by Trek, gratis.

In our shortlisting we opened ourselves up to your constructive criticism - oh ok then, your abuse - and it doesn’t seem like we made anyone happy.

But if you hate any one of them less than all the others, feel free to come along this week and vote for our winner - the undeserving b******.


Wiggo’s kids bullied at school: "Is your dad the same as Lance Armstrong?" 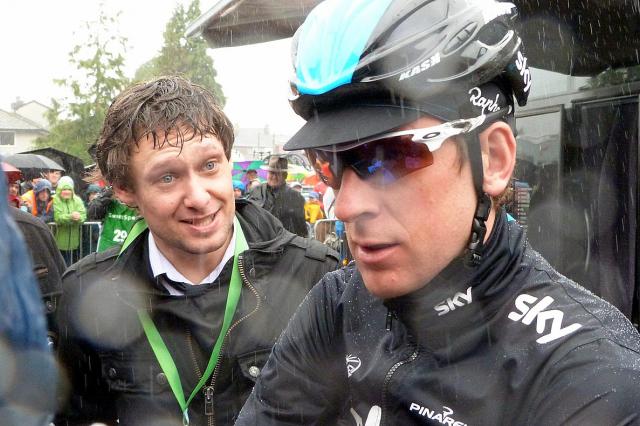 Bullying’s never cool, and the poor old Wiggins Jrs had a proper dose of it after the Armstrong scandal broke, the big man revealed in an interview on Wednesday.

He said: “The Lance Armstrong thing in January... my kids started getting harassed at school. ‘Is your dad on drugs? He won the Tour. Is he the same as Lance Armstrong?’ My son getting bullied at school. I had to move my kids from that school and move them to another school.

“Horrendous stuff. Horrible. I felt responsible for that and it all added to my unhappiness at the time. But like I say a year on and it feels like a complete contrast. I feel much more comfortable in my own shoes now.” Thursday's news could be filed under 'not entirely surprising', when the man who’s set the new military cycling world hour record let on that it wasn’t a very nice experience.

"Lap number one is horrible, as you're stressed about getting on schedule. Then each lap after that is horrible," Cannon said.

"The last ten minutes are excruciating. I was praying for a puncture or my chain to snap just so it could be over.” 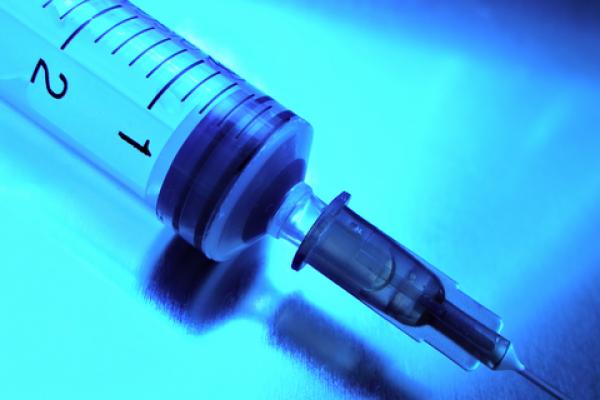 We’ve all prayed for a bit of magic to make us go faster, but most people aren’t huge fans of blood bags and hypodermics, the problem of being a cheat aside.

How then, about a performance enhancing drug you can breathe, and which might even be legal?

Xenon is one of the noble gases, the group of chemically unreactive elements that hang out on the far right of the periodic table, largely minding their own business. The group includes balloon-filling gas helium and neon, used to make glowing signs.

It’s an anaesthetic, and thanks to recent improvements in its extraction from the atmosphere, xenon-based anaesthetic machines are beginning to appear.

It also turns out to stimulate the body to produce a hormone everyone in cycling has heard of: erythropoietin, or EPO.

EPO in turn triggers the creation of red blood cells, increasing the blood’s ability to carry oxygen and therefore improving performance in aerobic sports such as cycling, cross-country skiing and running.

Apparently Russia has been using xenon as a performance-enhancer for a few years now. A 2010 document produced by the State Research Institute of the Ministry of Defence advises on how to use the gas. Before competition it can help with listlessness and sleep disruption, and afterwards it can improve recovery.

The manual recommends a 50:50 mixture of xenon and oxygen, inhaled for a few minutes, ideally before going to bed. The gas’s action continues for 48 to 72 hours, so it should be repeated every few days.

Probably best not to try that one at home just yet though. 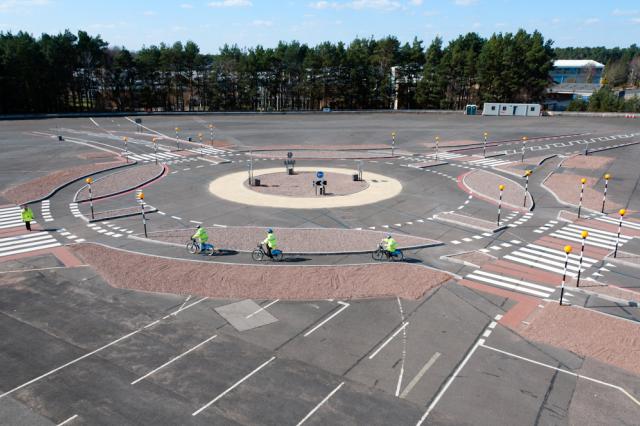 We ended the week by bringing you the announcement on Saturday that work is to begin on the UK’s first Dutch-style roundabout in Bedford, fitted out with segregated vehicle lanes to keep cyclists safe.

The lanes of traffic on the £490,000 junction will have plastic separators, which will encourage traffic to stay in the appropriate lane, and encourage vehicles to slow down to do so.

Although cars will be able to cross lanes, they will get a ‘bumping’ sensation reminding them to reduce their speed.

The effect of this style of roundabout is to force motorists to choose their final exit before entering the junction.
Bedford says the roundabout had the highest concentration of cyclist accidents in the borough between 2004 and 2010.