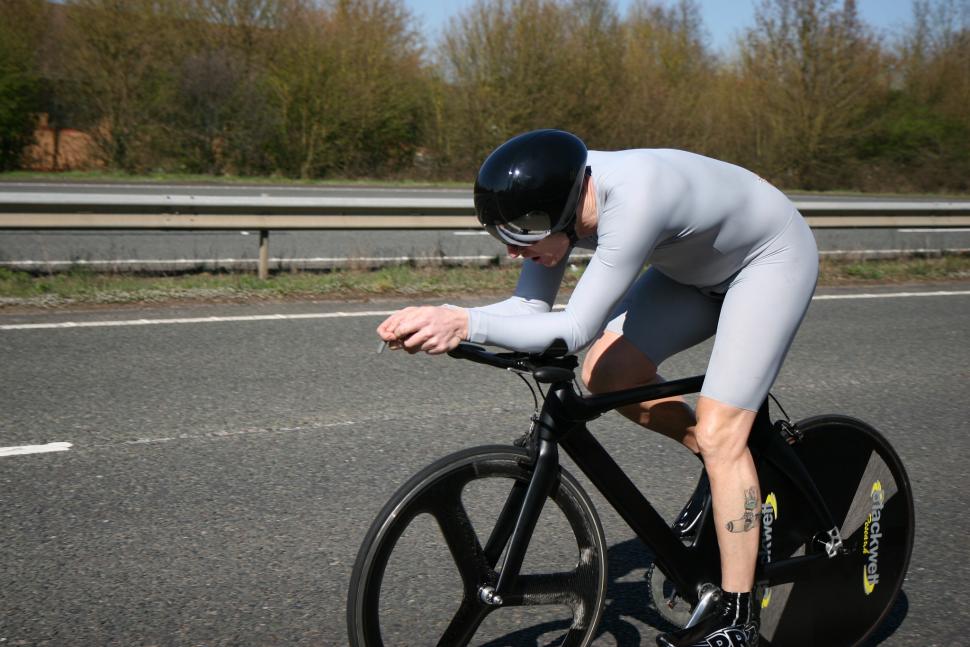 Record breaker Justyn Cannon said he was “praying for a puncture or my chain to snap just so it could be over.”
by Elliot Johnston

Welshman Justyn Cannon has set a new military cycling world Hour record with a 47.220km effort which he described as “horrible”.

The previous military record for the discipline, in which cyclists aim to ride as far as possible within a 60-minute time limit, stood at 46.595km and was set by Paul Dotchin in 2000.

Cannon beat Dotchin’s record by 0.625km, but speaking to the BBC, he spoke more about the physical sacrifice he’d made for the record attempt rather than the success of the ride itself.

"Lap number one is horrible, as you're stressed about getting on schedule. Then each lap after that is horrible," Cannon said.

"The last ten minutes are excruciating. I was praying for a puncture or my chain to snap just so it could be over.”

Cannon, an engineer in the RAF, first broke onto the cycling scene in 1991 where he represented Wales in the Nations Cup Cyclocross Championships. He followed this with a 16-year hiatus, before undertaking a five-year training regime to get back to race-weight and fitness.

In 2011 he became the Combined Services Best All Rounder, and in the last 12 months has shown success in the domestic time trialing scene.

When asked to describe how he was feeling after breaking the military world Hour record, Cannon said:

"My hips are wrecked [and] my glutes are shot.”

The Welshman waited until the day of the record attempt to ride his bike on the track for the first time, perhaps tempting a mechanical failure. But, his physical preparation was far more meticulous than his laissez-faire attitude toward the technicalities.

"My girlfriend wrote my schedule last night. I just rocked up and winged it," Cannon said.

"I've been a proper grouch for the last month because of how hard the training is.

"I train three times a day, including doing two hours on Christmas Day.

"I get home from work and have my indoor trainer set up in the front room so I can jump straight on it without being distracted by food or the internet. Then I eat at 8:30pm and I'm in bed by 9pm."

Cannon put the brakes on questions of the possibility of another attempt in the foreseeable future, by saying:

"Never again. Well, not for a few weeks."