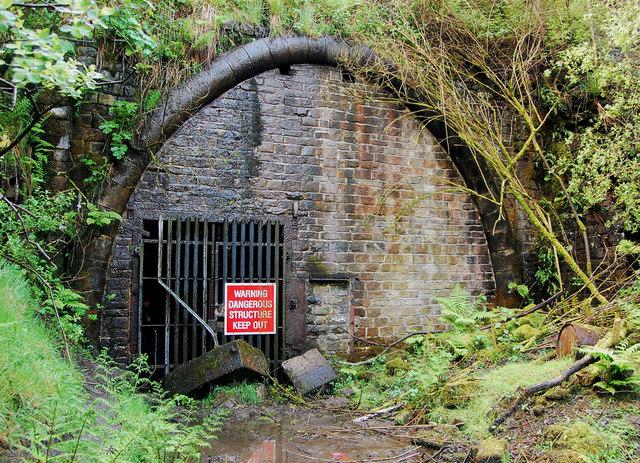 An abandoned railway tunnel in West Yorkshire could soon be the longest underground cycleway in Europe if local groups and sustainable transport charity Sustrans are successful in their campaign.

If the Queensbury Tunnel project gets the green light it will replace the Combe Down Tunnel in Bath, a project which Sustrans also had a hand in, as the longest tunneled cycleway in Europe.

The plans would see the Halifax to Bradford tunnel, which has been blocked since the 1960s, become part of the Great Northern Trail network of traffic-free walking and cycling paths that have been built over the tracks of the old Great Northern Railway line.

The Highways Agency has control over the tunnel and have stated that they will carry out maintenance in the coming years.  But Sustrans and local campaigning groups want action as soon as possible, as fears grow that if work is not started on the urgent repairs that are needed soon, the Highways Agency may block the tunnel up for good.

Queensbury Community Heritage and Action Partnership (QCHAP) is pressing the matter with Bradford and Calderdale Councils to collaborate with the Highways Agency to make the project a reality before time runs out.

Norah McWilliam from QCHAP told the Telegraph & Argus in Bradford: “The big thing is we have people take this on. It could be quite urgent, because the tunnel does need repairing soon.

"If we leave things too long there is a danger the Highways Agency could just block this up. We’re just waiting to get some indication if the councils would support us now.

"We need people with clout to help push this forward. There is a lot of interest in this locally so I hope we can make this happen.”

The campaign groups will take inspiration from the success of the seven-year, £4 million, Two Tunnels project in Bath that was completed in April 2013.

The renovation of the Devonshire Tunnel and the Combe Down Tunnel created a four-mile, shared-use route that connects Bath with the Midford Valley along the trackbed of the former Somerset and Dorset Railway.

At the time of the Two Tunnels opening, chief executive of Sustrans, Malcolm Shepherd, hailed the transformation of the tunnels.

He said: “The Two Tunnels Greenway is a great example of how disused railway lines can be revived as vital transport links.

“Sustrans is delighted to have created Britain’s longest cycling tunnel – it will connect local communities and help people be more active as they get around.

“Across the country we need safer routes for walking and cycling and a fresh approach to public transport to make us less reliant on increasingly expensive car use.”

Bath’s successful connection of communities is something that group co-ordinator for the Great Northern Trail, Richard Kunz, wants to emulate in Yorkshire.

He said: “It is an exciting project. If it goes ahead it could provide an amazing link between Halifax, Bradford, Keighley and Queensbury.

"If a deal can be done to preserve the tunnel it will be unbelievable. It will be amazing to be able to cycle the full trail. If the public get behind this then it would really help things get done.

"Once it was open people would come from around the country to ride it. Since the one in Bath opened it has had loads of visitors. I hope the project will go ahead in the next year or so.”

Since its opening the Combe Down Tunnel in Bath has held the title of longest underground cycleway in Europe, which was previously held the 850m long San Sebastian Cycle Tunnel in Spain.

However, the longest cycle tunnel in the world is the Snoqualmie Tunnel in Washington State, America. The unlit tunnel is 2.3 miles long and opened in June 2011.