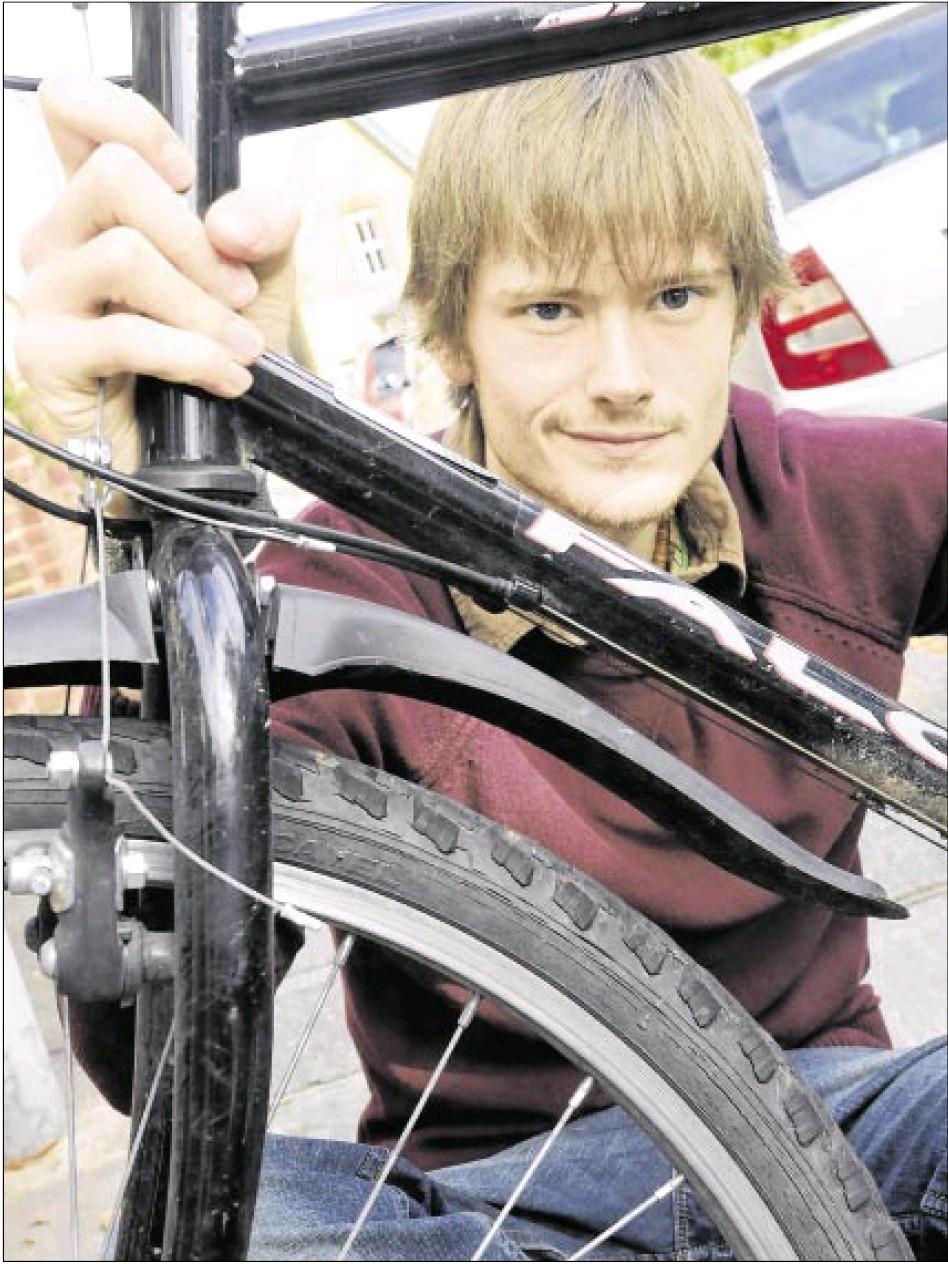 A filmmaker from Northern Ireland will be getting on his bike for a major cycle ride across North America and the southern hemisphere for a new documentary. Dubbing himself the Cycling Reporter, Leon McCarron will be leaving New York in search of a chat and cycling 7000 miles with just one rule - he can't turn down an interview.

On Monday, February 15, the 23-year-old will cycle out of New York City, crossing the US and Canada to LA. From there he will make his way to New Zealand and travel the length of the country before pedalling the length of the East Coast of Australia.

And during his journey he’ll offer people he meets the chance to speak on camera and encourage them to take part in interviews discussing topics they are passionate about. He will also be filming his own journey on the bike.

He said: “Sydney is currently the first ‘goal’ but not necessarily the final destination - this trip is all about interactivity and co-operation, and if it's possible to continue beyond Australia, then I'll be straight back on the bike.”

Leon studied film at the University of Kent in Canterbury, and has since been working at the city’s Gulbenkian cinema while making films in his spare time. He will be raising money for UNICEF during the trip, and is funding the expedition with the money he has earned since leaving university.

He is going by bike because “I think, flat out, bicycles are just the best mode of transport going. They keep you fit, they're good for the environment, they're easy to fix and maintain. Travelling by bicycle allows me to fully experience the environment I'm passing through, and makes it very easy to interact with the communities I will encounter.”

The reason he will be starting the trip in New York is because he will be studying there until the end of January 2010, and he has always had an ambition to cycle through it's variety of landscapes, people and cultures.

Leon will be weighed down on his adventure with the amount of stuff he has to carry. He said on his website: “I will be travelling on an as-yet-not-purchased bike (any suggestions?) which I will get in New York. I plan to have four pannier bags, two front and two rear carrying all my clothes, bike parts, food, maps and water, a tent, sleeping bag and a HD camcorder, tripod and all the bits that are needed to upload clips along the way.”

Leon also has some words of encouragement from adventurer Charley Boorman, who rode east on his motorbike from London to New York with Ewan McGregor in Long Way Round in 2004 and is also an ambassador for UNICEF, after meeting him at the Canterbury Festival.

Mr Boorman said: "I wish you all the luck on your bicycle ride. It will be an amazing adventure for you and I can’t imagine the people you will meet along the way. People around the world are very generous and so you will be in safe hands. As an ambassador for UNICEF I am delighted you are raising funds for such a worthy charity. All the luck in the world."

He will be uploaded footage of his journey along the way at www.leonmccarron.com, and there are also details there of how to sponsor him, and he will be updating his blog regularly. You can email Leon at leon.mccarron [at] live.co.uk.