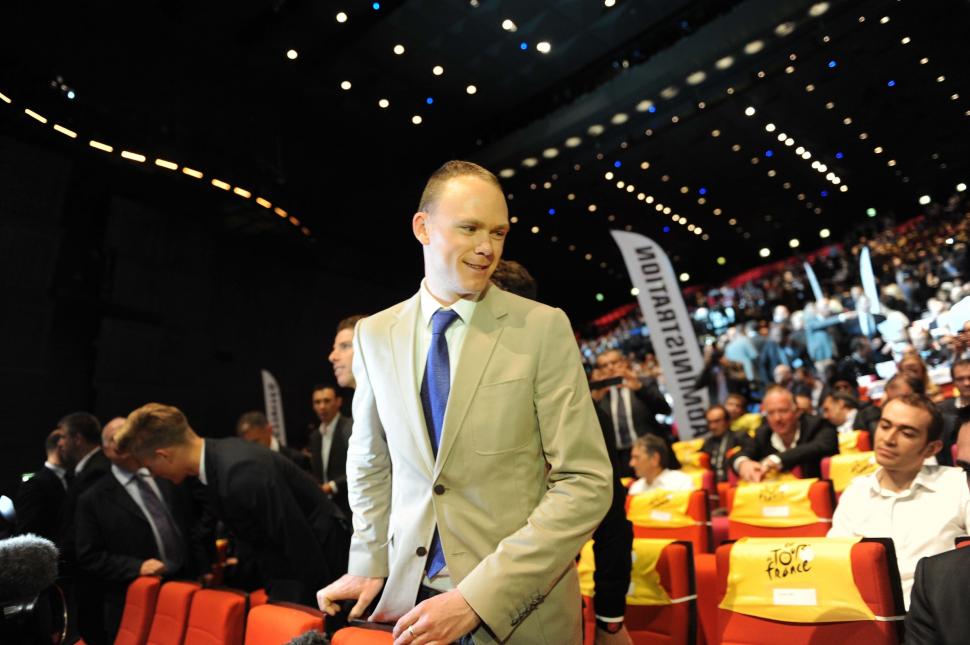 Tour de France champion Chris Froome says that he is determined to defend his title next July to prove that cycling has entered a new, drugs-free age.

On his way to winning the yellow jersey this year, Froome had to defend himself against suspicions his performance was artificially enhanced – just as Sky team mate Sir Bradley Wiggins had to do 12 months earlier when he became the first British rider to win the race.

The last rider to retain a Tour de France title was Alberto Contador in 2010 – but he had that win taken away after testing positive for clenbuterol.

Prior to that, the only rider since Miguel Indurain to successfully defend his crown was Lance Armstrong, but last year he was stripped of the seven wins in a row he took between 1999 and 2005.

Froome, however, insists that if he manages to defend his title in the 101st edition of the race, which gets under way in Yorkshire next summer, it will help restore credibility to the sport.

Speaking to BBC Sport, the 28-year-old said: "I'd like to think if I can go back and do it again it will bring some credibility back to the sport.

"I know for a fact some people were dubious about the results I got last [season] and Bradley the year before," he said.

"I know myself that my results aren't going to be stripped, but it will take time before people will see they are going to stand.

"I think we're through the toughest time of it now,” he went on.

“It is really a minority of riders breaking the rules now and getting caught, but we are still living in that post-doping era where we are having to deal with a lot of negativity."

Froome is one of 10 athletes named on the shortlist for BBC Sports Personality of the Year, won three times in the last five years by a cyclist – Sir Chris Hoy in 2008, Mark Cavendish in 2011 and Sir Bradley Wiggins last year.

Prior to that, the only cyclist to have won the title was Tom Simpson in 1965, the year the County Durham-born rider became the first British rider to win the men’s world championship road race.

The awards ceremony for BBC Sports Personality of the Year – now in its 60th year – will be held next Sunday evening in Leeds, the city where Froome will begin his defence of his Tour de France title next July.

Referring to his inclusion on the short list, Froome told the BBC: "It's a great honour to be included, especially given the strong year British sport has had.

"It's a prestigious award and it says so much for the emergence of our sport that a cyclist has managed to win it for three of the last five years."

Looking to the future, he said: "The biggest goal and challenge for me is going to be to try to re-focus myself on the Tour de France year after year.

"I'd like to think I'm going to carry on riding it for as long as I can find the motivation and as long as I'm physically up for it."

Froome may be ODDS ON favourite to retain his yellow jersey next year, but he's a 200/1 outsider to win BBC Sports Personality of the year.

Tennis player Andy Murray – the first British man to win the men’s singles at Wimbledon since Sir Fred Perry in 1936 – is a 25/1 ON favourite to take the trophy.