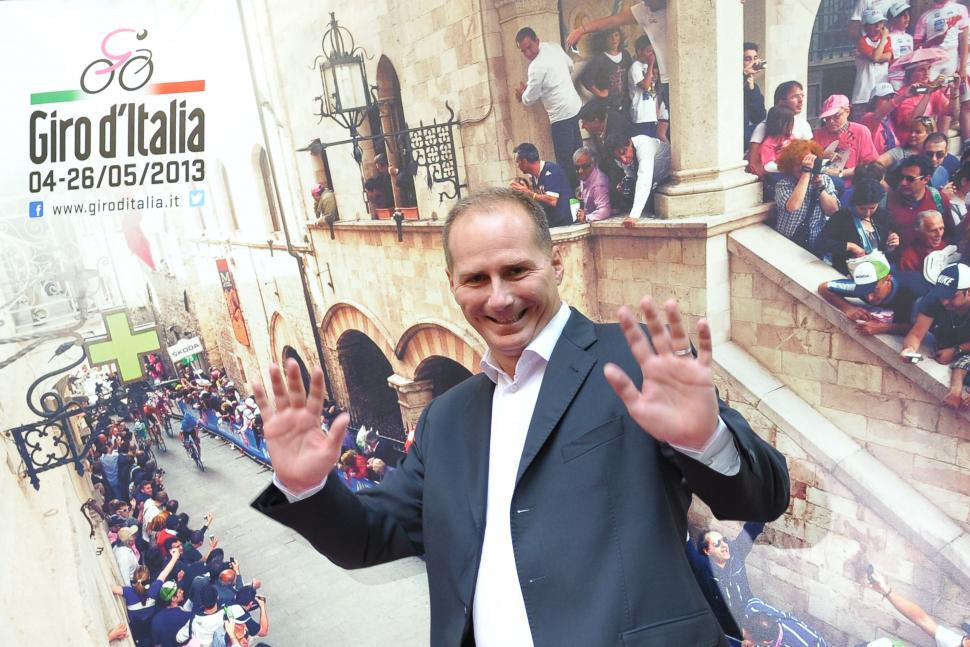 Giro d’Italia race director Michele Acquarone, suspended by RCS Sport along with other senior employees in October after it was discovered that some €13 million was unaccounted for, has reportedly been sacked by the company.

News agency La Presse says that former managing director of RCS Sport Giacomo Catano has also had his employment terminated today, although no specific reason was given and there has as yet been no official confirmation.

On 4 October, RCS Sport said that an internal audit had discovered suspicious activity relating to banking transactions with associations linked to RCS Sport, but not consolidated within RCS Sport’s accounts. It subsequently ordered an external audit.

Acquarone and Catano, together with Matteo Pastore, the director responsible for rights and external relations, were suspended by RCS for “precautionary” rather than “disciplinary” reasons while that investigation was carried out.

But during the past two months, Acquarone has said that he has nothing to hide and that the truth will come out, and has also expressed his frustration at his continuing suspension.

In a statement issued on 11 October, a week after he was suspended, the 41-year-old, who has worked for the RCS Group for 14 years, said:

“Those who know me are well aware that my professional style is based on three key concepts: fairness, respect and dialogue.

“Those who know me also know that I hold the trust of fans and of people involved in the industry, at the centre of my heart, and if today I can benefit from such trust, it is because I have always worked with greatest transparency and honesty, as well as with total dedication and loyalty to the RCS Group.

“For the ties linking me to Giro fans and to the people involved in the industry, I want to strongly reassure everyone of my non-involvement in the matters that have been reported in the mass media over the last few days.

“Today the life of a company is permanently marked in time, and I am certain that all the facts will soon be completely clarified,” he added.

Acquarone’s suspension came just days before the route of the 2014 Giro d’Italia, which he described in his statement as being “one of my most accomplished creations,” was presented in Milan.

He took over the responsibility for organising the race after the departure of Angelo Zomegnan following a 2011 edition during which Wouter Weylandt lost his life in a crash and part of one mountain stage had to be rerouted due to safety concerns.

Over the past two years, the Giro d’Italia has grown in stature under Acquarone’s guidance, including through an engagement with fans through social media that is widely seen as groundbreaking in sport, and devising routes seen as more “humane” than those that characterised his predecessor’s tenure.

Acquarone had been due to hold a press conference in Milan on Thursday in response to reports that he was due to be replaced, although it is not clear at present whether that will now go ahead.

Late yesterday, however, Acquarone, an active Twitter user who regularly engages with fans on the social network, tweeted one of the 20th Century’s most iconic pictures, a possible reflection of his mood – the photograph of the lone protester attempting to halt a column of tanks in Beijing’s Tiananmen Square in June 1989, the day after the army had used force to suppress the student protests there. 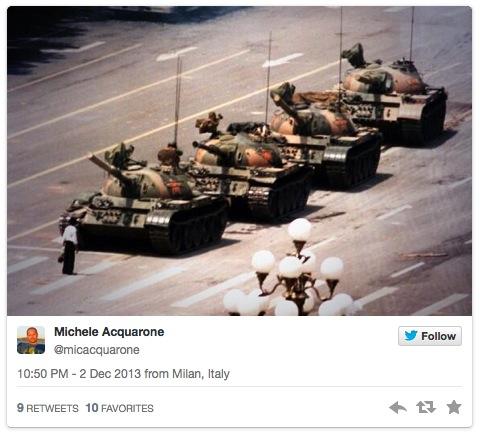 1
Cycling UK offers free membership to NHS staff - pass the news on to anyone you know who could benefit
2
Could our Tour de France on Zwift April Fools joke become a reality?
3
2,000+ sign petition accusing Vélo Birmingham & Midlands owners of “profiteering” by not offering refunds for cancellation
4
Zwift adds second daily guest world due to congestion
5
Cycling dos and don'ts in a time of pandemic – how to be a responsible cyclist
6
Froome’s Epic 80km solo attack on the Colle delle Finestre voted most heroic mountain stage of the last decade.
7
Full Kit Ranker round 1: Your chance to vote for the greatest cycling jersey of all time
8
We asked you how coronavirus had changed your cycling habits and the response was overwhelming – here’s what you told us