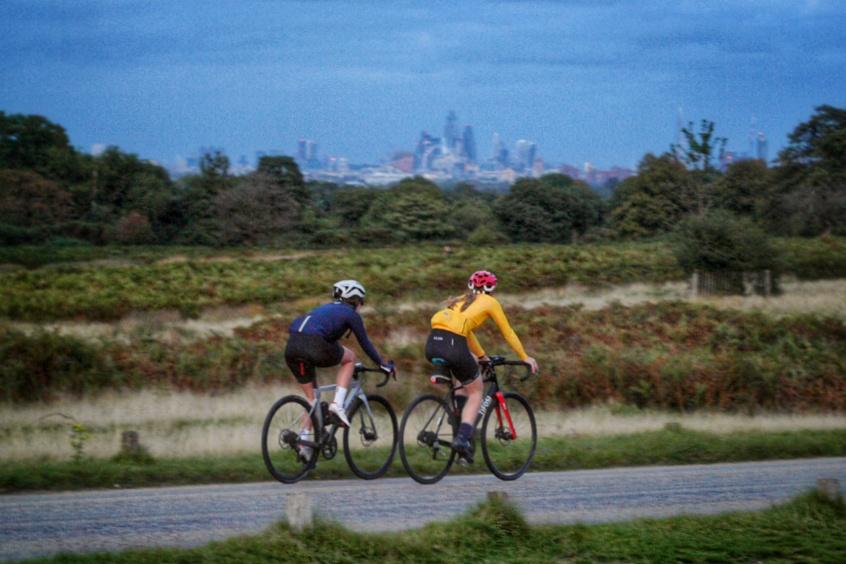 Monday moaning: 'Cyclists are always breaking the law and are a menace on the roads'

Cyclists stand accused of putting themselves and others in danger on Britain's roads by constantly breaking the law. Certain newspapers seem obsessed with cyclists supposedly terrorising the streets and you see comments on social media all the time condemning the behaviour of 'Lycra louts'.

Our recent article on upcoming changes to the Highway Code, including the introduction of a Hierarchy of Road Users and minimum 1.5-metre passing distance, led to a number of angry emails landing in the road.cc inbox: "Cyclist's are all now taking to using the pavements to cycle", "cyclists don't give a crap", "Cyclist must be insured to use the roads!"... there's a brief flavour of the less positive communications we received about the article.

Back in 2019, we also reported that Talksport presenter Andy Goldstein had stated on air that 95% of cyclists jump red lights (among other gripes about cyclists). This kind of claim is common, but what's the truth?

Comments on social media frequently cite the fact that many cyclists don't wear helmets or bright clothing as evidence that we're all criminals. You'll know that this is nonsense. The Highway Code advises cyclists to wear a helmet and light-coloured clothing in daylight, and reflective clothing and/or accessories in the dark but, of course, these aren't legal requirements.

You'll also see comments complaining that cyclists are flouting the rules by wearing earphones, riding two abreast, positioning themselves in the middle of the lane, and not using cycle lanes. Again, you'll know that none of these things are illegal.

Jumping red lights is perhaps the classic complaint about cyclists. It's an old favourite. This one at least gets off to a better start than most in that jumping red lights is against the law (some cyclists jump red lights because they feel safer moving into open space at signalised junctions rather than waiting for the following traffic to accelerate into that junction when the lights turn green – but the rights and wrongs or jumping red lights are a topic for another day).

How many cyclists jump red lights, then?

Back in 2007 (yes, we're going back a bit here, but there's not a lot of quantitative evidence out there), Transport for London's Road Network Performance & Research Team looked at the proportion of cyclists who jumped red lights at five sites in the capital and said, "An average of 16% violated red lights, whilst the remaining 84% obeyed the traffic signals. Therefore it can be concluded that the majority of cyclists do not ride through red lights."

More recently, in a 2013 YouGov survey 27% of London cyclists said they ignored red lights occasionally while another 8% said that they did so often. This survey relied on self-reporting and we couldn't judge its accuracy.

Many road users will tell you that the figures are higher than this. You'll sometimes hear claims of people seeing dozens – maybe hundreds – of cyclists jumping certain traffic lights every day. They might be right. How much of a safety concern is this? Let's have a look at some more stats...

The percentages relating to cyclists are higher in London, where the concentration of pedestrians, cyclists and traffic lights is particularly heavy: 16% of pedestrians injured or seriously injured by red light jumpers were hit by cyclists, the other 84% involved drivers/riders of motor vehicles.

If it sounds like this is turning into an 'Us versus Them' thing, bear in mind that almost everyone on the road.cc staff is a motorist as well as a cyclist, the vast majority of you road.cc readers are both, and about 90% of British Cycling members also drive. However, if cyclists are singled out for breaking the law it makes sense to examine the degree to which other road users stick to it as a means of comparison.

How big a problem is exceeding the speed limit? Well, more figures from the Department for Transport say that in 2017 it was reported as a contributory factor in accidents that resulted in 220 deaths, 1,493 serious injuries and 5,855 slight injuries (travelling too fast for the conditions but within the speed limit was reported as a contributory factor in many, many more injuries and deaths). A massive problem, then.

Despite that, it's cyclists who are routinely denounced as “a dangerous nuisance”, “a threat to safety" and the like on social media, and you'll encounter headlines like "Cyclists kill or maim two pedestrians every week, according to statistics" in The Express... ignoring the fact that between 2007 and 2016 motor vehicles were involved in 98.5% of collisions where a pedestrian was seriously injured and 99.4% of collisions in which a pedestrian died. The biggest threat to pedestrians certainly doesn't come from cyclists!

Cyclists breaking the law can sometimes have major – occasionally tragic – consequences, but why do so many people seem convinced that the problem is bigger than it actually is? There's a huge disparity between perception and reality here.

We'd guess – and it is a guess – it's partly because jumping a red light and riding on the pavement are so much more obvious than a motorist doing 35mph in a 30 zone. Plus, some people simply seem to believe that speeding at 85mph on a motorway in a two tonne vehicle is perfectly acceptable in a way that riding a push bike at night with a light out isn't.

“Sometimes it feels as though cyclists are represented in the national media as the ‘real danger’ of our roads," he said. "The reality is that we cause negligible harm, but are disproportionately at risk of suffering serious injury. While that might seem to paint a grim picture for us cyclists, it’s worth bearing in mind Britain’s roads are relatively safe, and the benefits of cycling will always far outweigh any risks.

“Just because cyclists represent a smaller risk to other road users, that doesn’t justify inconsiderate or dangerous cycling. Cycling UK would encourage everyone to cycle considerately and within the boundaries of the law.

“The main problem is the shocking injustice that victims of road traffic incidents all too often face. It’s high time the Government took this problem seriously and ended the injustice suffered by far too many families who are being let down by the system.”

Cycling UK has compiled an excellent document to counter many of the accusations most commonly fired at cyclists, by the way. Check it out here.