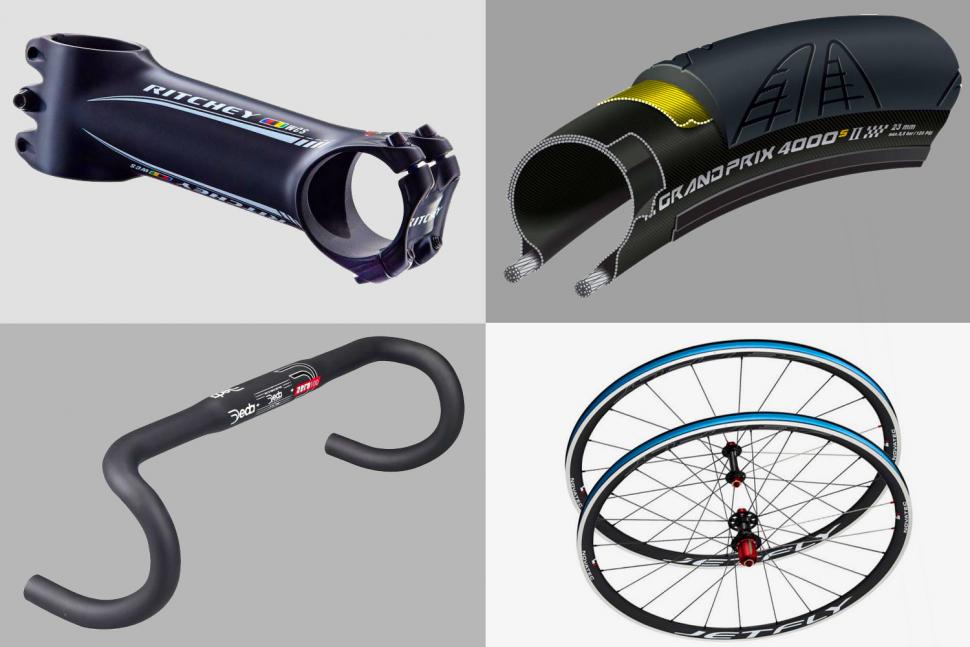 Weight loss secrets of the (cheapskate) stars
by John Stevenson

Welcome to the latest edition of road.cc’s guide to trimming bike weight on the cheap in which you’ll find everything you need to know to help you put your bike on a weight-loss programme without breaking the bank.

In this updated version of our guide to trimming bike weight, we've updated prices, lost some discontinued components, and added a few more choices - particularly for wheels.

Everyone likes a light bike, but nobody likes spending money unnecessarily. Choose carefully and you can shed a couple of pounds — or more — from your bike without breaking the bank.

For many of us, tweaking and upgrading your bike is part of the fun of cycling, and ending up with a lighter bike is a common aim. Very very ight components are expensive, but the good news is that if you're starting out with a typical £1,000 bike, there's plenty of scope for saving weight without spending a fortune. 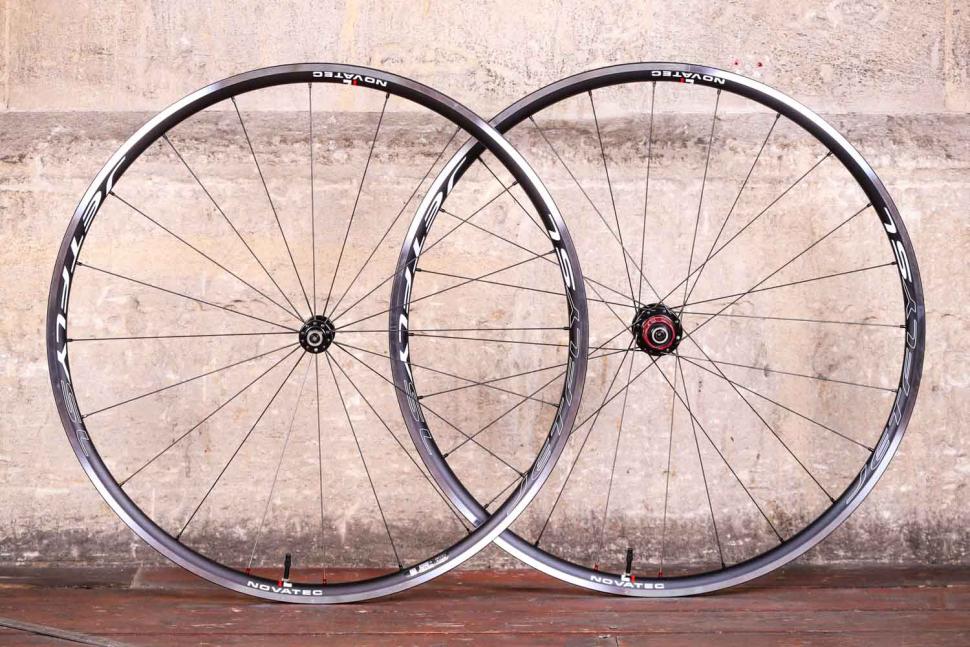 This is one of the most popular upgrades because the stock wheels on many bikes aren’t great and often weigh between 1,850g and 2,150g. A change of wheels to something lighter and better-built can make a substantial difference to your bike’s feel and overall weight.

For £389, we really like Novatec's Jetfly SL wheels at 1,335g. That's an actual weight, by the way; you can read our review of them for more details.

There are a few other eye-catching deals on worth checking out as we put this latest edition of this guide together. If your bike is running disc brakes it's hard to look beyond Hunt's Aero Light Disc Wheelset at £389 for a claimed 1,488g.

You can spend a lot more than this without saving any more weight; if you're determined to spend big on wheels, get some with aero rims. 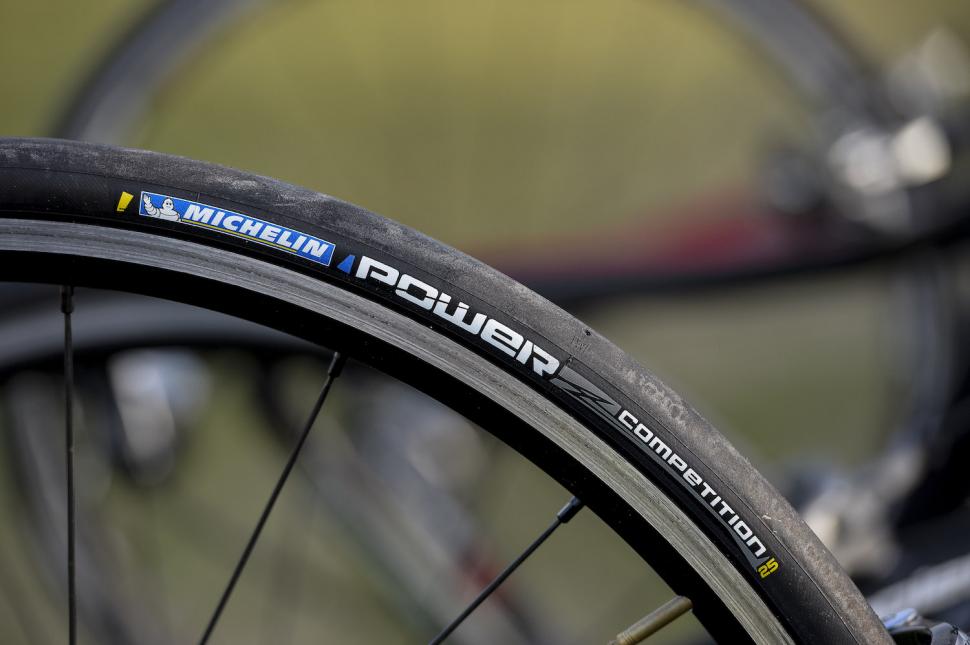 Wire-beaded tyres commonly fitted as original equipment on bikes, like the Schwalbe Lugano, Vittoria Zaffiro, Specialized Espoir Sport and Bontrager R1 typically weight 340-370g each in 25mm width, so there's a lot of scope for trimming weight there. In general lighter tyres also roll faster, giving an extra performance boost for your money.

We used to recommend the Continental Grand Prix 4000s II, but they've just about vanished from retailers, replaced by the Grand Prix 5000. The best price we've found for the 220g, 25mm GP5000 is £35, so the Michelin Power Competition is currently the way to go for budget gram-trimming.

All that said, if all that matters is weight and you’re doing, say, a time trial on very clean roads, then Continental’s smooth-treaded 150g Supersonics at £32.99 are the way to go. 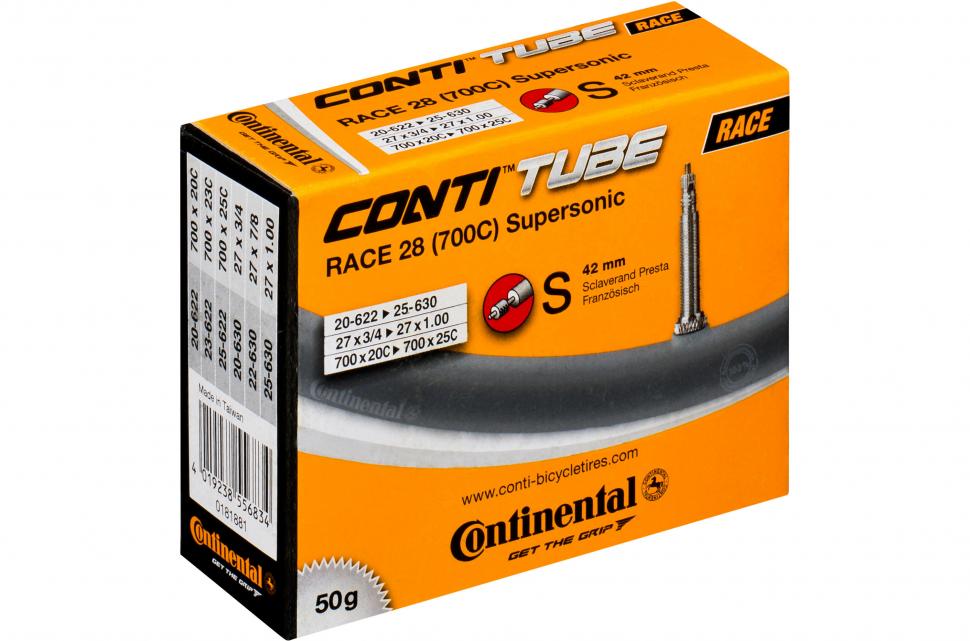 Inner tubes are a surprisingly cost-effective place to save weight. That’s because even the lightest tubes are relatively cheap compared to saving weight by replacing a major component like the saddle or your wheels.

Your three best choices are £10 Continental Supersonic tubes at 50g each, 65g Schwalbe Extra Light tubes at a fiver each and 80g Vittoria Ultralite tubes which can be had for £4.99. The Schwalbe tubes are probably the best compromise. 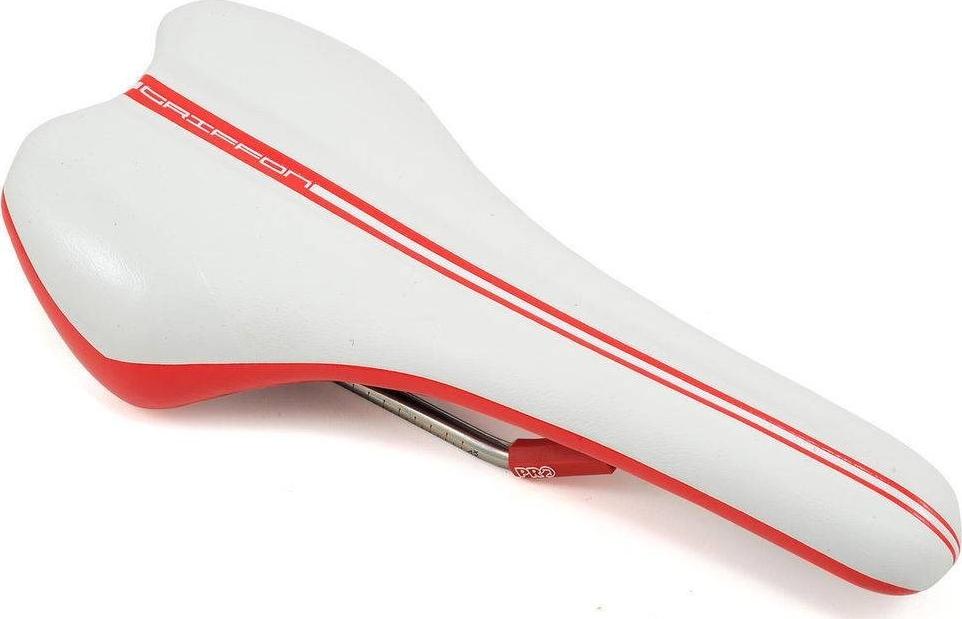 If Pro Bike Gear seats fit your bum, then the titanium-railed version of the Pro Griffon, currently on offer for just £19.99, is a bargain at a claimed 205g. If you have a bit more spare cash, the 145g San Marco Selle Regale Protek Carbon FX is £78. To go any lighter, you're looking at hefty three figure price tags, like the Selle San Marco Mantra Superleggera that weighs 112g, but costs a wallet-clenching £162.

Saddle manufacturers don't often pay much attention to the weight of women's saddles, but the £50 PRO Turnix Women's Carbon saddle is 197g, significantly lighter than the typical stock women's saddle. 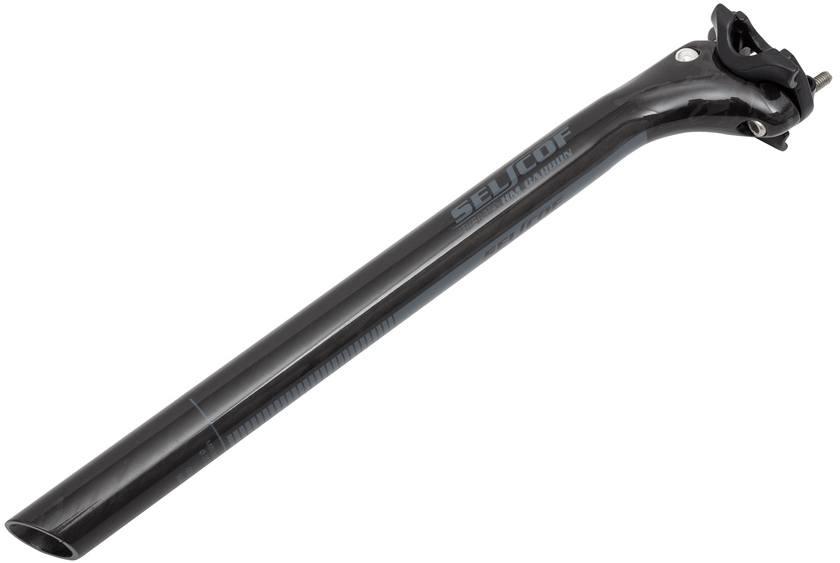 Bargain lightweight seatposts are rare, but they do exist. Selcof's £55 Delta HM seatpost remains our go-to recommendation – decently light at a claimed 210g thanks to its carbon monocoque construction. 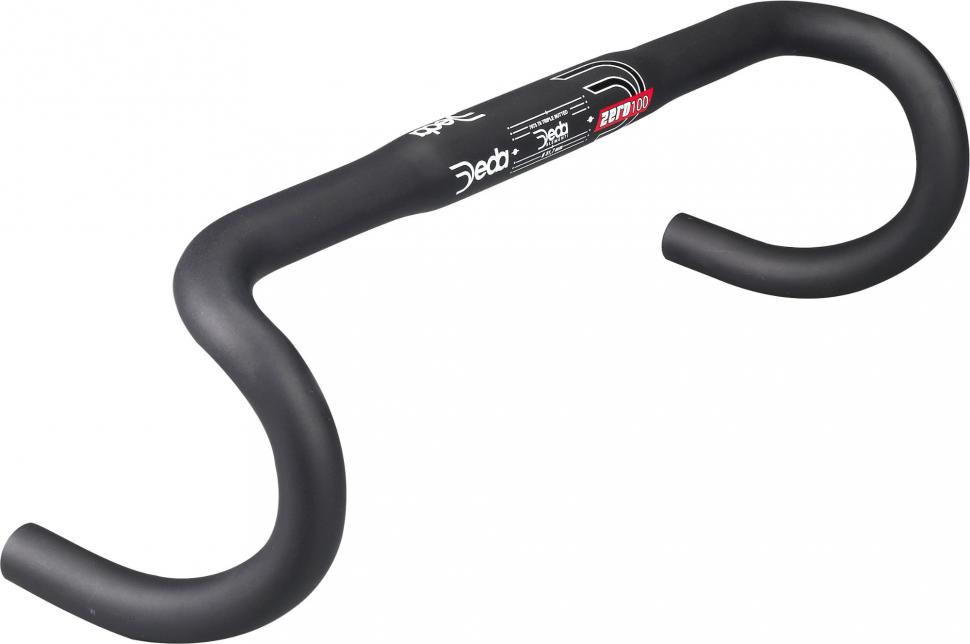 Saving a substantial amount of weight here is expensive. You have to go carbon fibre to lop more than 100g off the typical 325g and you quickly get into diminishing returns.

At 248g (42cm width), the Deda Zero100 RHM bar is made from high-strength 7075 aluminium alloy and costs around £50. It features a shallow drop and Deda's Rapid Hand Movement bend shape that's claimed to make it easier to shift your position.

You might guess there's not much weight to be saved in a small part like the stem, and you'd be right. A typical £1,000 bike comes with a reasonable forged stem that weighs about 140-150g in a 110mm length. The lightest 110mm stems — such as the £75 Ritchey WCS 260 — are about 110g, so you pay a lot to save a few grams. Worth it if you have to buy a stem to change your position, otherwise, probably not.

In the same area of the bike, FSA polycarbonate headset spacers weigh just 1g each in 5mm thickness and cost about £6 for a pack of ten. Bargain! 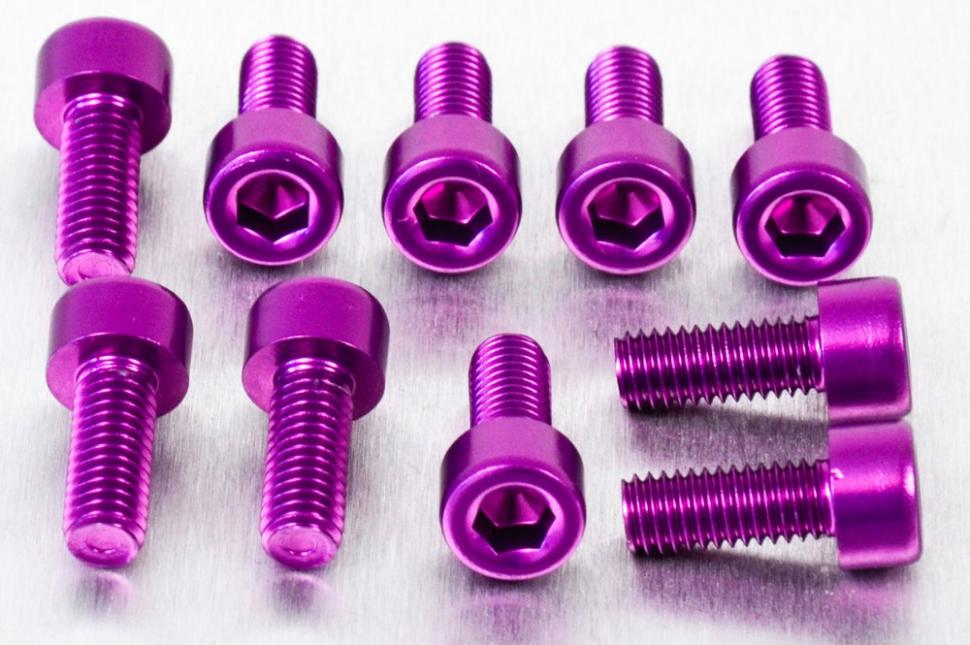 It's tempting to try and shed a few grams by replacing steel bolts in places like stem clamps with titanium or aluminium bolts. We have just one word of advice: don't.

High-strength aluminium and titanium alloys are great in parts designed around their properties, but you can't just swap materials without changing the design. If you replace the high-strength steel in a bolt with aluminium or titanium, the resulting bolt won't be as strong or durable. If a bolt fails in a handlebar stem, you'll be lucky to get away with a large dentist's bill for tooth repair after the stem lets go of the bar. I'll leave to your imagination the consequences of the failure of a seatposts's saddle clamp bolt.

You can get away with lightweight bolts in a few places, where the load is small and doesn't involve the cyclic changes that cause fatigue: waterbottle bosses; derailleur cable clamp bolts; and headset tension bolts. Otherwise, again: don't do it.

Adding it all up

For fans of tables, here are the cheaper options in the significant components we've mentioned - we've stuck with the Novatec wheels although we could have gone a fair bit cheaper for a small trade off in weight. The total weight loss is just over a kilogram, and could be increased by spending just a few quid more on tubes. For each replacement component we've listed the Hairsine ratio – the grams saved per pound cost. This gives an indication of value for money from the ‘lighten your bike’ perspective.

Footnote: As many people have pointed out in the comments, you're much better off laying off the pies and riding more. But lots of people (myself included) enjoy messing about with and upgrading their bikes, and spending money is much more fun than discipline and self-denial.