You may or may not have heard of US frame-builder R Brian Baylis. If you know of his work, you might be interested to hear that two of his bikes are for sale, having been lying boxed in a garage in North-West England for the last few years.

Baylis started his bike-building career at the Masi factory in Carlsbad, California, in 1973 before launching Wizard Bicycles with his colleague Mike Howard in 1974.

In 1976, the two men returned to Masi to work as foremen, but by 1977 Baylis had started building and painting frames under his own name.

“I make a bike that pleases my eye and satisfies my soul,” he once wrote. “Even though my extra effort is not always rewarded monetarily, my ‘payment’ for this is self-satisfaction.”

Giving some sense of how Baylis approached his work, he said: “Builders who refuse to put in the effort, much of which involves lots of time, without financial considerations, are simply not driven as craftsmen, in the purest sense. These people are in the ‘business’ of framebuilding.”

When Baylis died of pneumonia in 2016, former frame-maker Dave Moulton, who had worked alongside him, wrote on his blog: “He seemed to set some standard beyond even his own capabilities and strove towards that, until he thought he had reached it. Never caring for how long it was taking him to achieve this level of workmanship.”

He said Baylis had once been asked how he knew when a bike was finished. “It is never finished,” he replied. “They just come and take it away from me.”

So how did two R Brian Baylis bikes – one marked ‘track bike’ and the other ‘fixed gear’ – find their way to the UK? 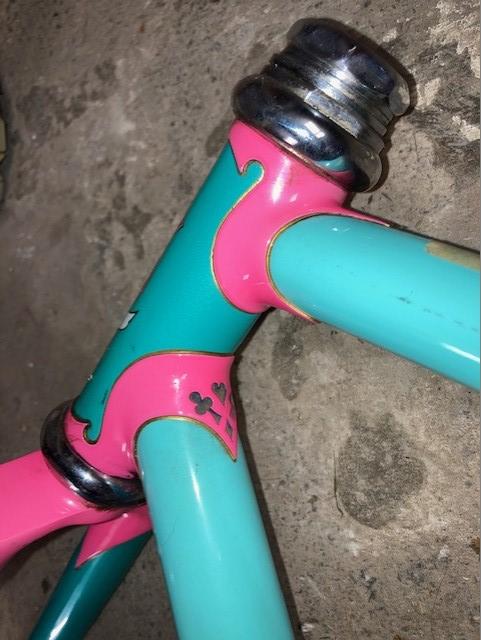 Hugh Foster told road.cc: “Terie Garrison, Brian's ex-wife, moved to the UK around two years after they amicably split, around 20 years ago.

“She became friends with my wife's sister, through whom we met her. We became very good friends, and she became very fond of my two daughters as they grew up.

“She naturalised as a UK Citizen in around 2018, but died just over a year ago. Our family inherited an assortment of things from her, including her three-legged dog, Jek.

“Garrison was a technical writer, fantasy and sci-fi author in the adult and young adult fields, and a prolific crochet crafter. She was also a keen cyclist and archer, but a childhood elbow injury ended both activities before we met.

“Brian I believe built some bikes specifically for her which she shipped here when she moved. As far as I know they were never unboxed.”

There are a few photos of the two bikes in the gallery above. (Apparently, the purple strut photos don’t do it justice in any way and it is almost luminescent. You’ll also notice there’s a hand-painted pump.) 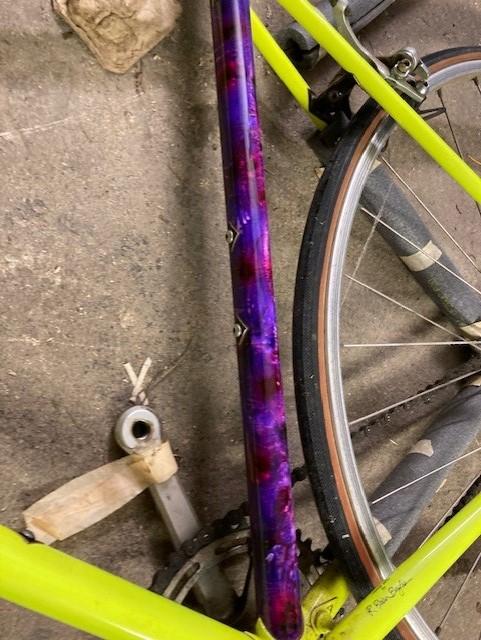 If you’re at all interested in the bikes, and want more info, you can get in touch with Hugh at hugh.foster at ace-dog.com

Note that while the bikes would no doubt draw a heftier price in the US, where Baylis is better known, the family’s priority here is that they go to someone who will value and use them.

They are also looking to sell within the UK.