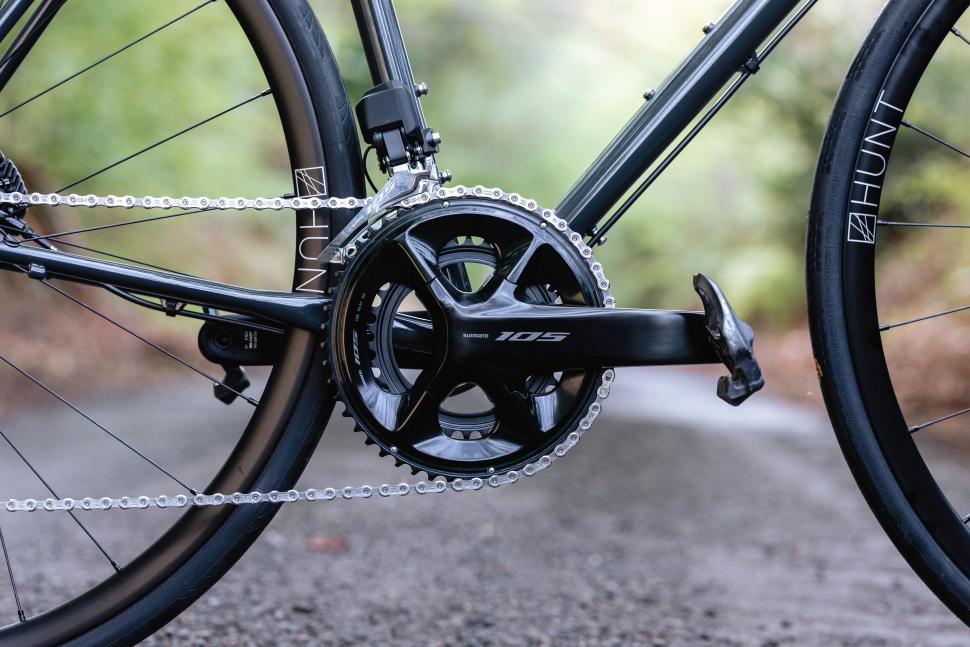 Shimano 105 R7100 di2 Fairlight crankset
Yes they said they'd never do it, but times have changed. People will undoubtedly be cheesed off, but those people are probably few and far between in the grand scheme of things

As you'll hopefully have read in our launch story already, Shimano has celebrated its 105 groupset turning 40 by binning off mechanical shifting and rim brakes in one fell swoop. To some of you that won't be something to celebrate... but numbers will have been meticulously crunched before this decision was arrived at, and unfortunately you're probably in the far less lucrative minority.

We discuss this highly-anticipated launch in the podcast segment embedded above, and our conclusions are pretty much along the same lines as what's written below. I think Tony sums it up the best, and although I was a bit on the fence when we first got the news and discussed/squabbled over it a week or so ago, overall I think this is probably correct: if Shimano thought there was a big enough market for the continuation of a mechanical, rim brake 105 groupset, it would make it.

As we speculate in the chat, if there were any top-down decisions being made by Shimano here it could be that electronic groupsets are actually cheaper to make and easier to work with than mechanical; but that alone wouldn't have been nearly enough to take a massive gamble if the numbers didn't stack up. Shimano sells most of its groupsets to bike brands and distributors to be sold on complete bikes, and they are almost certainly reporting that the vast majority of customers want Di2, and disc brakes.

There's always going to be people who won't be happy, but there clearly just isn't enough of them for Shimano to go through the exhaustive process of developing another whole new groupset to serve a much smaller demographic. 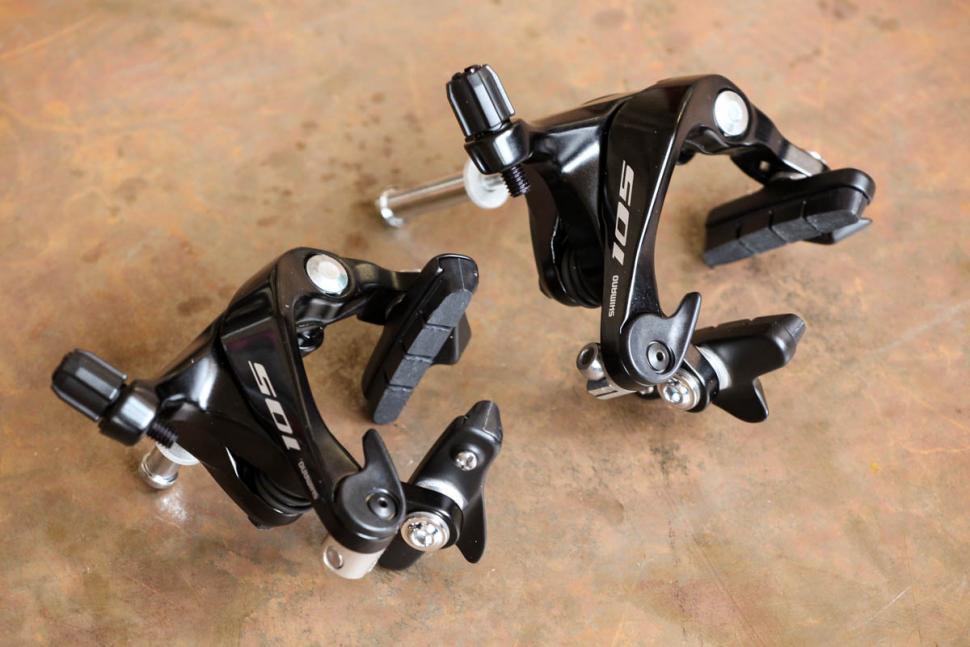 Sorry rim brakes, you're not quite profitable or popular enough

Even if this does mark the beginning of the end of phasing out the humble rim brake and mechanical shifting on middling to high-end road bikes, it will likely be many years before parts are no longer available for your rim braked, mechanically-shifting bike if that's what you currently own. Shimano 105 R7000 will continue to be produced and sold for some time, as are other previous-gen Shimano groupsets, and Shimano would have to fully electrify and disc brake-ify Tiagra, Sora and Claris before you're left with no mechanical shifting or rim brakes at all. That's just not going to happen any time soon, and it's very likely we'll see at least an updated Tiagra groupset in the next year or two to plug what is now quite a jump between mechanical 10-speed shifting and the new 12-speed, electronic-only 105.

Perhaps I'm a little sad in a symbolic, stubborn kind of way. Shimano has done a thing that even a couple of years ago it said it would never do, and 105 is supposed to be the groupset that all of us can just about afford. If I'd have walked into the bike shop back in 2012 to buy my first carbon road bike on a 50 quid a month direct debit, only to be told I couldn't even afford one with the third-best components on it off my shop assistant wage, this might have made me think twice about the hobby I was getting myself into.

The truth is most aspiring road cyclists aren't 22-year-old shop assistants, and the feedback Shimano will have had from the shop floor is that most of us are prepared to pay a bit more for a considerably better performing product. We don't need Dura-Ace and now we don't even need Ultegra, because 105 R7100 likely provides pretty much all the bells and whistles for little more than a slight weight penalty. If anything you're saving money by buying at 105 level, so the bike shop salesperson will say, and you're still getting all the technology of the top two tiers. It's an easier sell, and if you can't stretch to it they will point you to a Tiagra-equipped bike, which they can tell you is at least as good as previous-gen 105 when it's next updated.

Maybe Shimano has got this one wrong and we'll all eat our words, but we seriously doubt it. This is what the masses want, and the world's biggest bicycle component manufacturer (and second-biggest for fishing reels) can probably weather this mini-storm to deliver its best-selling performance groupset of all time.