Not getting dropped feels good! 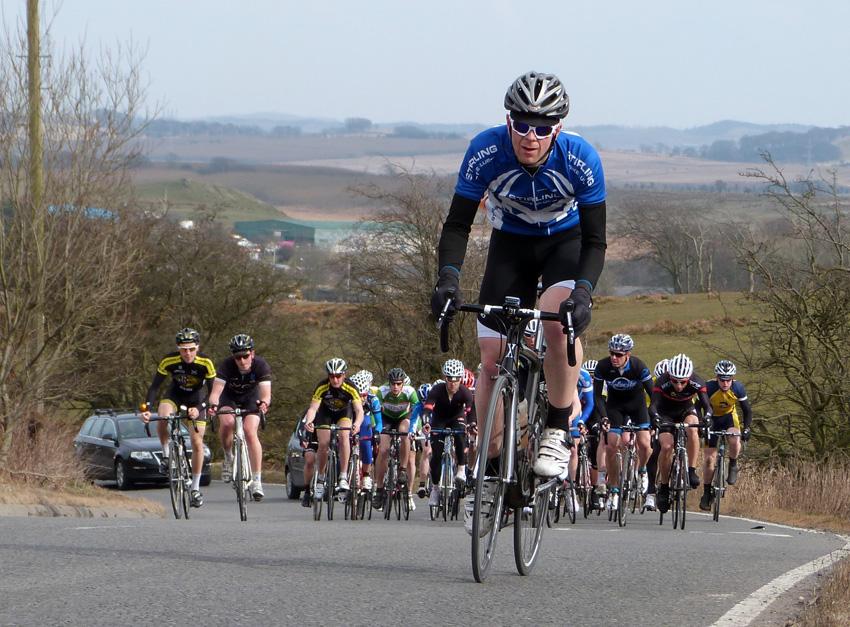 That tickle at the back of your throat...

Thursday and Friday last week I drove to work.  Didn't feel like riding, blamed the kids getting up in the night, I felt tired, I felt lazy, I didn't do the usual pre-race mental preparation, I just wanted to go to bed.  Sure enough, Saturday morning arrived with that slight niggle at the back of my throat.  I just wanted to get through the day, unfortunately the race wasn't until 2pm.

By the time it started I'd warmed up for half an hour but still felt pretty flat, I did the usual thing of thinking it was because I was: wearing shorts for the first time in 2013; hadn't warmed up properly; hadn't ridden for two days; was coming down with the man 'flu.  Either way I felt pretty rubbish for the first few laps, so much so that I thought about jacking it in on the 2nd lap, I wasn't enjoying the race like I was last weekend.  I was keeping up but I sat at the back out of the wind, having to put in some big efforts to hold the wheels on the faster parts of the course.  Then after a few laps, I started to feel better, my throat was dry so I kept drinking and took 3 gels in the last 4 laps. 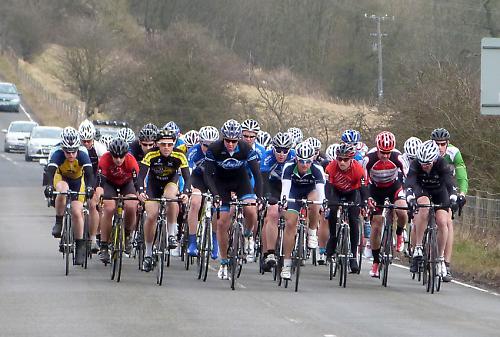 At one point I ended up off the front (main pic), not what I'd planned but there were a few riders on the outside of the bunch who weren't moving up, cue a stupid energy expenditure by me going up the outside and away from the rest of the riders.  It lacked conviction and was never going to last long – I was reeled in after a mile or so going into a tight left-hander. 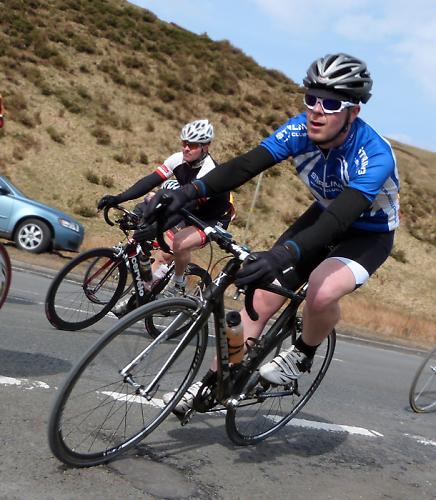 It's not over 'til the former fatty crosses the line

Digs came on the last lap, I tried to place myself well for the finale but everyone's doing the same thing, I ended up boxed in slightly on the run to the line but people inside and outside of me were popping so I kept the power on and wove my way through the ranks and kept sprinting to the line.  It certainly got me a few places higher than I thought I would finish -  after seeing the finish line, a few riders in front of me sat up to coast over, I was still out of the saddle with the power on and took a few places in the last few metres.  The race finishes at the line, not before. 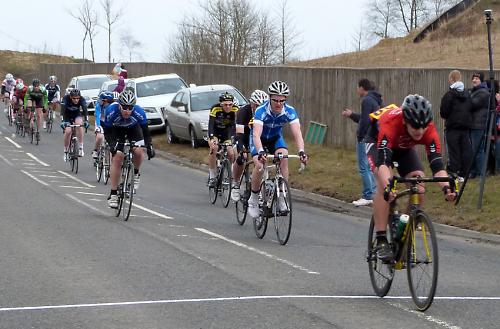 Best of the rest

Monday morning and the results come online through an email from the organiser... a scan through and there I am, 18th place! Made the top 20 afterall.  Next quick check is a look at the rider category placings... I finished as the highest place 4th Cat – that's got to be a result to be happy with after feeling rotten in the first part of the race.  I'm especially pleased as I was unceremoniously pumped out the back on the 2nd lap of this race last year – 2013 is a huge improvement.

Things started to go downhill on Saturday after the race, my cough continued, nose started running, banging headache, sore throat – yep, that awful condition... the common cold.  I'm glad I was racing on Saturday instead of the Nick Hardy RR near Dundee on Sunday because I don't think I'd have made the journey there feeling under the weather.

On to the next

This week I'll be taking it easy, let the cold sort itself out and get my diet under control again, I've fallen into old habits, partly due to some home made caramel shortbread my wife made on Sunday... there's very little of it left now due to my commitment and dedication to scoffing as much as I could cram into my face.  Cycling more in the spring lulls you into a false sense of security and it's easy to feel a pound or two creeping on and making the lycra work for its money.

Next race is a week on Tuesday, the Ingliston Crit series, Cat 4 only so I'm looking forward to it, it's an evening race and I've never done a crit before so it's another new experience.  Intervals are on the cards as soon as I feel better!

Note: A general thanks to Ian Henderson for taking pictures and videos of Scottish races.