Dave Arthur gets his hands on an Oregon made, Belgian born, steel road racer
by David Arthur @davearthur

Back in February I brought you an exclusive first look at the one and only Stoemper Taylor in the UK, and today I got my hands on it for the next couple of weeks. I'll be testing it over the comig weeks and there’s going to  a bit more to this bike test than usual, I’ll be riding this in the Tour of Flanders sportive, along with some of the Stoemper crew in, oooh a couple of weeks time. For now though, here's some first impressions of the bike and what it's like to ride.

There’s something special about steel. Its combination of simplicity, ride quality, durability, elegance. So it's good that steel is enjoying a resurgence at the moment. Stoemper come from Oregon, not all that far from Portland, a city which has become something of a hot bed of cycling culture over the past few years. There’s loads of frame builders based in and around the area that are cropping up - you only need to take a look at any article about the North American Handmade Bicycle Show bicycle show to get a sense of the growth. 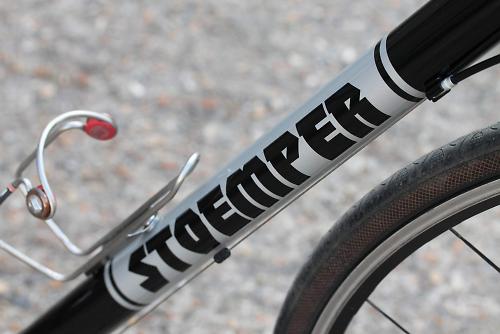 Many of them are turning to steel as their frame material choice. And there’s a very simple reason; steel is easy to work with. Compared to titanium and carbon fibre, and  even aluminium to a degree, steel is a much simpler material to build with and it offers you different methods of construction too using either lugs, TIG welding, or fillet brazing. It doesn't cost a huge amount to invest in the necessary tools, and the raw materials cost less. 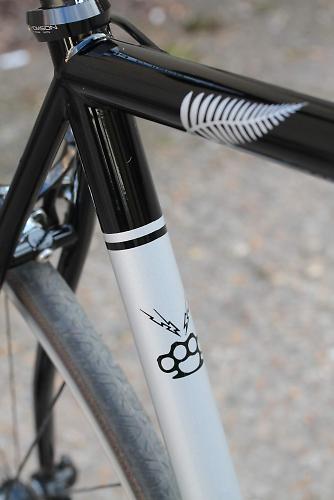 So we arrive at Stoemper. What this small brand offers is that their bikes been raised, tuned and honed on the roads of Belgium. Part of their appeal is that they’ve been tested on all the roads of the most famous classics races, like Flanders and Paris-Roubaix, by co-founder David Alvarez. He lives in Belgium, while the guy who actually builds the frames is Todd Gardner, who works out of Oregon. A perfect combination by the sounds of it. They wanted to build bikes tough enough for the toughest cycling roads in the world (they want to try riding round the West Country - ed). Steel is a natural choice for such demands. 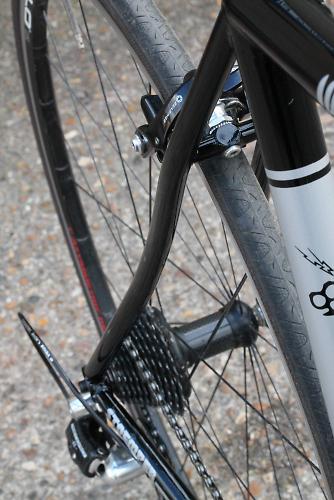 I picked up the bike yesterday from Stoemper's UK agent, Scott Purhas. He led me on a lovely 3-hour route around the Kent countryside, full of rolling roads and punchy hills. It gave me my first taste of the Stoemper.

“Designed to be raced the shit out of...” it declares on the websites homepage. The racing background of the founders then is evident riding the Taylor, as you would hope. It’s no slouch. Firstly the geometry feels spot on, from a reach and stack point of view, and head tube that places the bars in a low-ish position, but also from a handling perspective. The steering is well weighted with good maneuverable at low speed and stability on long fast curving descents. 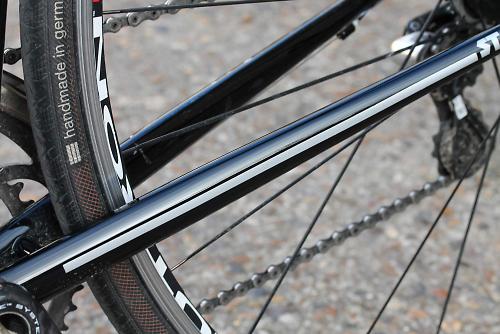 Rolling over rough roads it feels smooth, in the nice way that steel does. There’s still positive feedback from the surface of the road, but it’s tuned out by the fine True Temper S3 tubeset. And it’s quiet too, an aspect of its ride you notice immediately. This just contributes to the smoothness the bike offers. Carbon frames can be really noisy and crash, echoing impacts. The Enve 1.0 carbon fork, an unlikely partner to a steel frame perhaps, is perfectly suited and matches the feel of the frame well. 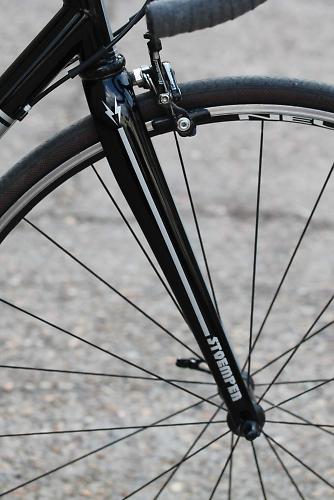 The frame uses a True Temper S3 tubeset TIG welded together. True Temper isn’t a name you hear on these shores as much as you did a decade ago, but it’s still popular in the US. The S3 in the name stands for Super Strength Steel, and essentially means the tube walls can be thinner with no reduction in strength, and lighter as a result. As with many modern steel bikes the Taylor has reasonably oversized tubes, the chainstays are certainly on the large side, and the hand-bent seat stays have a lovely curve from dropout to seat tube. The oversized tubes contribute to the frames stiffness, it’s no slouch when you give it full gas. Smart details abound, with the rear brake cable routed through the top tube and very neat entry points. Ritchey-esque cowled dropouts are elegant. And the head tube is custom machined with external reinforcing rings top and bottom. It’s a 1 1/8in straight through head tube, with a Chris King headset installed. The frame has a traditional appearance with its horizontal top tube. Stoemper offer the Taylor in 11 sizes from 45 to 62cm. I’ve got a 56cm with a 56cm effective top tube and 54cm seat tube. The head tube is short at 16cm, how I prefer it - I like my bars low - and has a 73.5 degree head angle and 73 degree seat angle. So it’s a tiny bit steeper at the front, but half a degree is such a small change that it’s not immediately noticeable on this brief first ride. 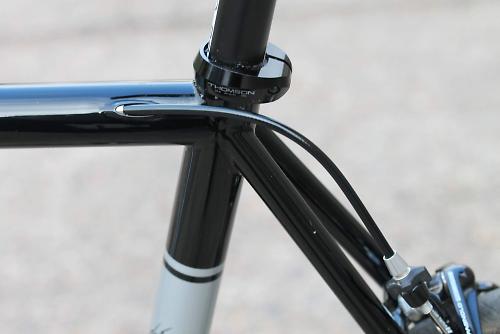 There’s a lot of talk about the renaissance of steel as a choice for performance and racing cyclists. The likes of Genesis with their sponsored team riding Reynolds 953 and 931 frames, and Condor’s team racing Super Acciaio made from a Dedacciai tubeset with its BB30 bottom bracket and tapered headtube with a 1.5in lower bearing race. Both of those frames have some pretty radical oversized tubes, 44mm head tubes and wide bottom brackets and huge chainstays, and while the Taylor doesn’t take that oversizing to the same level, it will be fascinating to see how it performs. 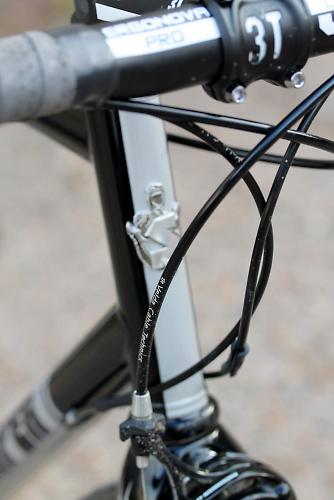 I’ve got a couple of weeks to get used to the Taylor and get comfortable on it, before it’s off to Belgium to smash it over some pave in the Tour of Flanders sportive. The cobbles, while not as brutal as those in Paris-Roubaix, are still hard going, and will highlight any undesirable ride characteristic very quickly. I’ve ridden Tour of Flanders on several different bikes in the past, and have ridden steel on cobbles over there too, so I can’t wait to find out how the Stoemper performs.

A Stoemper Taylor frame cost £1,599 and with the custom painted Enve 1.0 fork it’s £1,899. Prices include VAT and delivery from Oregon. They offer a choice of two colours, for the frame and the graphics. They follow traditional geometry and offer 11 sizes, and if that isn't good enough they can do custom geometry too. Waiting time for is around  8-10 weeks.