A celebration of cycling in Peterborough

by James Warrener
With cycling cashing in on its biggest boom in history, are SPOTY awards ceremonies going to take off?

Intriguing in the first word that springs to mind when thinking about tonights event in Peterborough.

For too many years the Peterborough and Fenland Clarion cycling clubs have operated in parallel coming together a couple of times a year to promote an early season time trial and end of season hill climb.

For the rest of the season they both operate inter club and open events on the same roads at different times. There is a mid season 10 series called the "Hereward League", which is based on a number of the other local clubs hosting an event along with PCC and FCCC.

Those other local clubs such as St Neots, St Ives, Bourne and Spalding all contribute greatly to our local 'scene' and will be in attendance tonight along with a guest of honour from the UK domestic pro scene.

Each club will deliver a presentation on its aims and objectives to share common ground and to help our region be the one that supports the next British grand tour sensation.

I have been a member of both Peterborough and Fenland over my two decades in the sport and at times, its fair to say that whilst never openly hostile, there has been an element of local rivalry.

My colours are now firmly yellow and red for Clarion, and I always like the competitive element of riding events against our other local clubs. But I believe I am wise enough to see the bigger picture for our sport. Will we all be able to break bread tonight and come out of a nice meeting with a clearer plan for cycling in Peterborough? 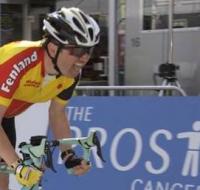 I will let you know tomorrow

1
Concerns over future of Sheldon Brown’s website as bike shop where he worked closes down
2
Near Miss of the Day 595: Classic traffic island Must Get In Front driver then left-hooks cyclist
3
Heartbroken mother of 12-year-old killed during first cycle on road bike urges parents to supervise new riders
4
'Mr Loophole' lawyer Nick Freeman wades into e-scooter debate... by launching petition calling for cyclists to be licensed
5
New aero cycling kit that can only be bought if you prove your average speed is fast enough launches on Kickstarter
6
“The constant low-level bullying is starting to take its toll” – road.cc readers open up on the stress of riding on Britain’s roads, with one giving it up for good
7
Rapha launches lightweight titanium accessories for bikepacking with Snow Peak
8
Pothole reportedly caused crash in which e-bike rider died