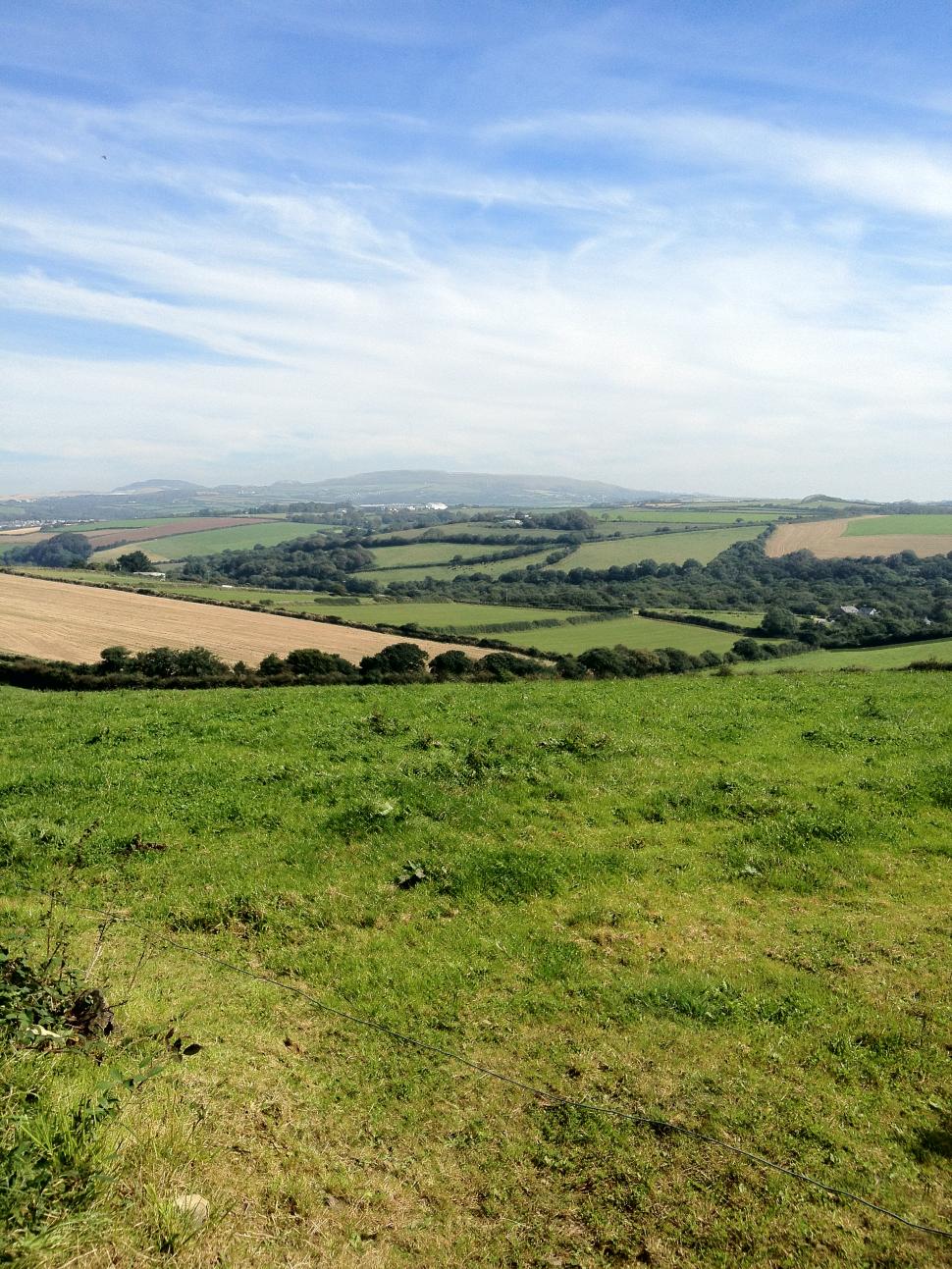 Deloitte RAB 2012 Day 2
Having been woken by the dulcet tones of PJ & Duncan (yes Ant & Dec as we know them now) singing ‘Let’s get ready to rumble’ and really thinking that Kelly Clarkson’s ‘What doesn’t kill you makes you stronger’ might be more appropriate....I got to the sta

Having been woken by the dulcet tones of PJ & Duncan (yes Ant & Dec as we know them now) singing ‘Let’s get ready to rumble’ and really thinking that Kelly Clarkson’s ‘What doesn’t kill you makes you stronger’ might be more appropriate....I got to the start slightly earlier this morning, determined as I said to join a group.  Thankfully, Jackie Cook (wife and organiser of Andy Cook) directed me to a lovely and patient chaperone called Stuart and I breathed a sigh of relief as a small group of us left together.

Looking back I didn’t mention much about the scenery yesterday, did I?  Hmm probably not much about it today either, fairly head down for most of this one too even though apparently the Quantocks were the first area of national beauty in England, I think I mainly saw black and slightly bumpy tarmac.  With Stuart ahead and us tucked in behind trying to make the most of a half decent peloton, we made fairly good progress and the last few miles before the first pit stop were actually....wait for it...flat.  Seriously, the first flat we had had since the start and it felt fantastic.  Spirits were certainly slightly higher at the first pit stop but alas, you can guess what’s coming....

The hills at first round the edge of Dartmoor were slightly more rolling but the Quantocks were just horrendous and quite a few of us admitted some stretch of defeat as we climbed off our bikes and walked after conquering about the 4th or 5th false summit out of goodness knows how many.  Cheddar Gorge was still to come and although Andy Cook assured us the Quantocks were the worst of what day 2 had to offer and the Gorge climb gradual, we were all a little worse for wear and a tad worried.  However, being in a group helped the day pass, there is always a mixture of people, some quiet and some characters who constantly entertain (you know who you are) and we were incredibly grateful for them as the going got tougher.  There is usually someone who can raise a laugh, someone who is surviving better than the others who can lift the spirits when all you want to do is throw in the towel, pick it up again and head for the nearest hot bath.

Cheddar gorge was beautiful to climb and luckily as we ascended the gradient fell and became slow and steady, it was a slog but we kept going, lured by the promise of a real bed to sleep in at Bath University – heaven!  Of course Bath is built on an extinct volcano so yet another hill before we would arrive at our quilted destination but we made it.

It was a huge comfort as we sat tucking into our well deserved supper that every rider with literally no exceptions had found the first two days tough.  Even the legendary chap I met who had done the RAB  twice before (although admittedly from North to South) confided that the 1st day had been his toughest day in the saddle ever.

Lewis Moody and Danny Grewcock had also endured, sorry enjoyed, the ride and predictably Lewis had fallen off to the delight of his teammates and fellow riders whilst trying to master his cleats.  They also admitted that they were not sure that if they had completed yesterday that they would have been able to complete today.  They also said that having ridden today, they were ‘bloody sure’ that they wouldn’t have been able to complete tomorrow and therefore sent welcome messages of support and respect to all the riders who seemed to be attempting the impossible.

Some of us got completely lost on the way back to our rooms, having obviously been so exhausted that we had paid no attention whatsoever to where we had been led on arrival (hence the nightly armband ritual in the camp).  We finally collapsed in our respective heaps and hoped the worst was over.....