Earlier this month 17 participants were selected from all over the world to take part in the Dario Pegoretti “Tornemo indrio (Back to the roots)” workshop organised by Onirica Lab at Interzona in Verona, Italy. Thanks to the magic of twitter and my poor handwriting skills I was lucky enough to be one of them.

A short while ago I noticed a tweet about a frame building workshop being run by Dario Pegoretti, I was stunned at first as it's not something he's done before, but after some frantic research I realised that the workshop was still accepting applicants! The brief was simple; write Dario a letter explaining your motivations for attending the workshop. Having only met Dario briefly before I was keen to spend some time with him, to get to know him a little, and of course to learn from one of the all time greats. As the founder of The Bicycle Academy I'm lucky enough to be working with a wonderful frame builder, but the opportunity to pass on the skills of Pegoretti to a wider audience was too good to miss, so I sat down, took a deep breath, and wrote my application.

Pegoretti is one of the most important bicycle frame builders of our time, he's a long serving artisan, and an artist famed for his vivid custom paint jobs. A pioneer of new technology and a protector of the old craft, there are few who can rival Pegoretti's expertise. Dario was quick to dispel the mythology of his craft "they're not planes, just 8 tubes welded together” - but those welded tubes hide a great deal of calculation, hard work, skill and sensitivity. It's easy to create a bicycle shaped object, but to create a bicycle that not only works but is a joy to use, well, that takes a lot. 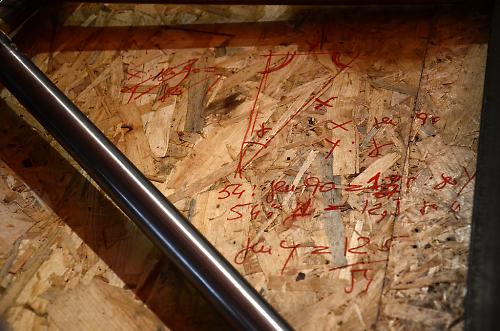 Over the course of the 4 days we worked under the guidance of Pegoretti, absorbing his know-how and spirit in our efforts to turn a collection of materials and tools into four beautiful bicycle frames. We learnt geometry theory, argued aesthetics, and got to grips with the frame building jig that Luigino Milani himself had used to teach Dario.

It's fair to say that the workshop was as much of a lesson in Italian culture as it was on frame building. The delicious food, fantastic weather and lots of coffee were great but the slow starts, frequent and long breaks and even longer lunches made it impossible to get much done. Smoking and drinking coffee were the only parts of the schedule we could guarantee and so sure enough by Saturday evening's 'grand finale' - 'The Makers' Festival', we didn't have a single bike to put on show - only some partly constructed frames, but not a whole frame and certainly not four.

Although not part of the program those of us who didn't have flights to catch, or people to meet, stayed all day Sunday to try and complete at least one of the frames. Dario kindly stayed too, and between us we managed it. Just. The look on everyone's faces was one of pride and rightly so - sure things hadn't gone to plan, but we had completed the transition from bits to bike and each of us could lay claim to a part of that frame.

A group of relative novices, from different countries, speaking different languages and with completely different backgrounds managed to collectively build a bicycle frame using the age old artisan methods most people have forgotten existed. Those skills, the way of the artisan, getting 'back to the roots' - that's what it was really all about - a tactile, physical connection with the bicycle. Every one of the participants and organisers shared the same desire to reconnect, to use their hands, an analogue experience with no undo. Whether we had completed the frames or not each of us had been given a window into a simpler way of life that was slower paced but with greater connection. Having tasted the world of frame building many of the participants have since contacted us about attending a course at The Bicycle Academy, so that they can see where their new found skills will take them. Making a living as a frame builder in a world where mass production is king isn't easy, but for this group of people their goal wasn't to put food on the table but to learn a craft for the love of it. 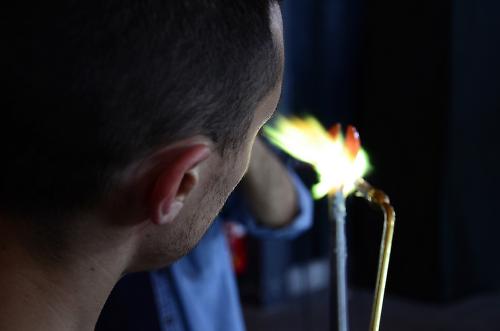 The construction of the frame is just the first step towards building a bicycle so the Onirica project doesn’t stop there. Once completed by Dario each frame will be decorated with the designs of young and talented designers, working side by side with Pegorett. Then, once decorated the frames will be assembled and then exhibited before being sold in a charity auction to raise money for the research against cancer, a cause very dear to Pegoretti's heart.

The competition will be held to find and select one of the 4 designers over the coming weeks, full details will be available at http://www.oniricalab.com/

Andrew Denham is the founder of The Bicycle Academy - A frame building school based in Frome, Somerset, UK.