By George what a fuss! Politics, drama , betrayal, and some bike racing 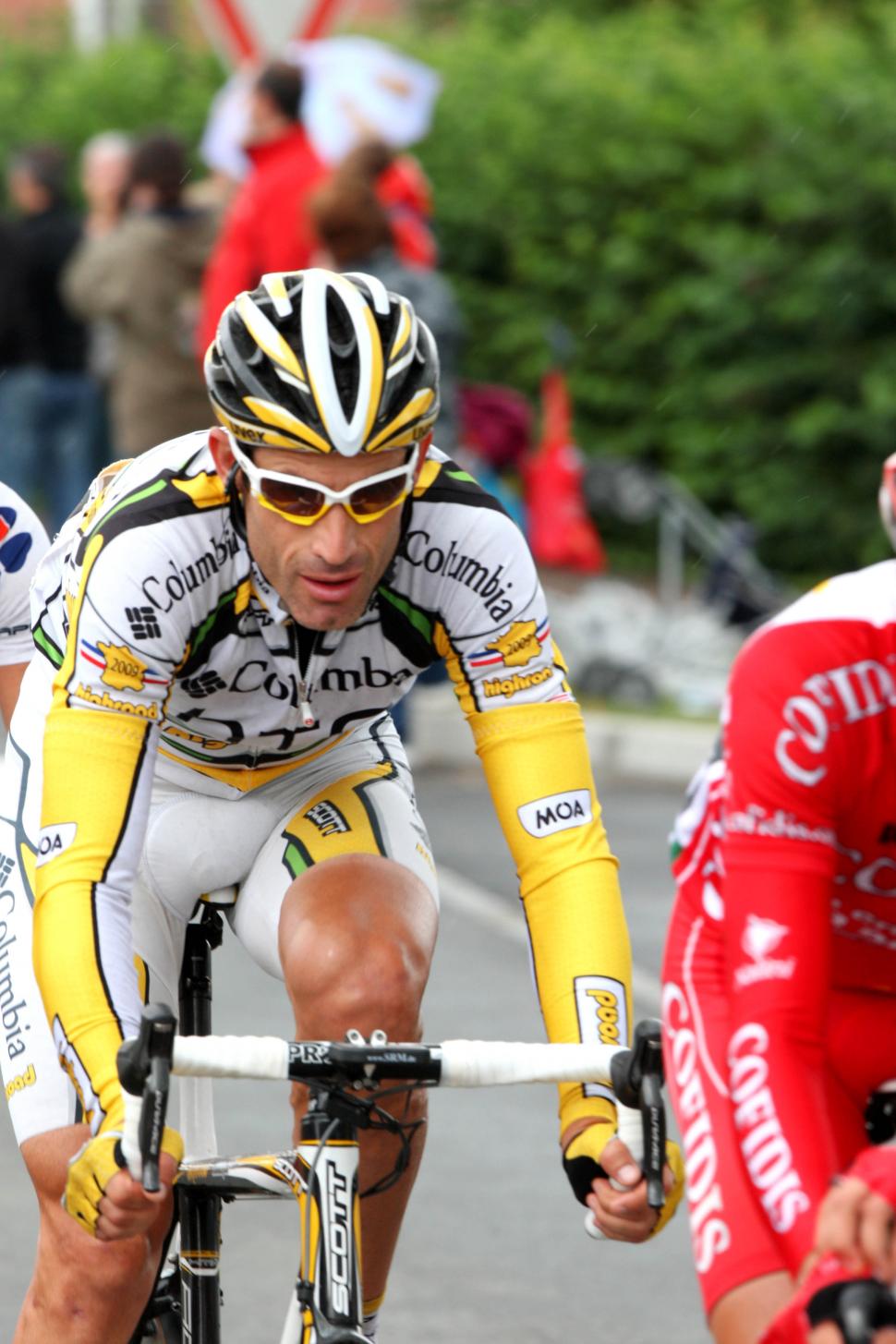 Billed in some quarters as the most dramatic stage of the Tour so far, yesterday's race was confirmation if any were needed that all top level sport is soap opera – with most of yesterday 'drama' coming after the race was run when we were treated to not one, but two controveries.

In sporting terms the biggest post-stage drama was  the race jury effectively awarding the green jersey a week early by docking Mark Cavendish the points he won in the sprint for 13th place. The points went to his main rival Thor Hushovd and Cav got zilch. It is highly unlikely that Cavendish can make any significant inroads into Hushovd's now 18 point lead in the mountains, and much more likely that the Norwegian will add to his total leaving Cavendish the consolation prize of a win on the Champs Elysee to aim for. Barring accidents it's all over in the race for green.

A pretty big deal, but one easily over-shadowed by the hoo-ha over Cavendish's team mate George Hincapie and the 'lost' yellow jersey. To re-cap, Big George got into yesterday's early break which fairly quickly grabbed five minutes on the road, Hincapie was 0:5:25 down on Rinaldo Nocentini in the general classification and pretty soon he was the virtual yellow on the road… at the end of the stage though he wasn't  missing out by 5 seconds.

Cue soap opera and fireworks: George is best friends with Lance, his right hand man through seven Tour victories; he's also good pals with Johan, Lance's boss, but Lance and Johan are on a rival team who have their own agenda at this Tour. Often the interests of George's team and Lance and Johan's coincide , but maybe not always…

Hincapie in yellow good or bad for Astana? You could argue that one either way, what isnt't beyond doubt is that the team that did the most time at the front of the peloton on stage 14 was Astana. They first kept the break at a safe distance, then let it go, then could be said rode at a tempo that let Nocentini's AG2R team mount a chase, and when they popped? Astana moved to the front again, and while they didn't step on the gas neither did they throttle back.

For the final 6Km or so Garmin were up their too, allegedly there's no love lost between them and Columbia. Indeed at the end of the stage Bradley Wiggins seemed to confirm that they had been told to up the pace to deny Columbia yellow, afterwards Garmin management denied this was their reasoning. Garmin do after all have a sprinter, Tyler Farrar and two men: Wiggins and Vandevelde well placed on the overall classification so why shouldn't they have upped the pace?

Garmin weren't the only team to step on the gas, which team was at the front in the final kilometre sprint finish? Why George's own – trying to have it's cake and eat it too by leading out Cavendish to pick up green jersey points and doing things fast, but not too fast, a neat trick if you can do it – as it turned out Columbia couldn't.

In the immediate aftermath Hincapie was clear who had denied him yellow (not his own team naturally) but Astana and Garmin he went so far as to tell Frankie Andreau interviewing him for TV: “Why Astana was riding [on the front] that's highly insulting to me they just did the work for AG2R”

Strangely though very soon afterwards Astana had slipped out of the frame and Garmin were copping all the blame as the bad guys and no-one was pointing the finger more accusingly than George's old friends Lance and Johan who just couldn't understand what Garmin were playing at and of course would have loved George to be in yellow… he's family etc etc.

Matt White Garmin's man in the car who made the call to ride on the front had this to say:

“It is unfortunate, but it’s my opinion we wouldn’t even be talking about it if it wasn’t George. If it was another rider, or another team or even someone else at Columbia. But we’re talking about it because George is American and he’s friends with the guys in team. But this was just the unfortunate consequence of guys riding at the front.”

“Todays events is sport, I dont make the decisions on the road. So to all the unsavoury messages I have received, Bollocks!”

Contrast that with the raction to Friday's stage when the peloton upped the pace to deny Agritubel's Brice Feillue riding his first Tour the chance to move into yellow – it would have been a decisive entrance into the big time for a young rider making his mark in his first big race – the peloton said no and that was that, no big media debate, no blame, no politics… or maybe Brice needs to sharpen up his post-ride game?